Clarkson, Hammond & May are bringing The Grand Tour to Dubai

Love cars? Loved the old Top Gear? This one’s for you…

After punching out of Top Gear and the BBC (quite literally), Jeremy Clarkson, Richard Hammond and James May are set to return to the small screen soon with their new series The Grand Tour.

Oh, and they’re bringing it to Dubai.

The show’s format consists of the trio bouncing around the world to shoot in different locations, one of which will be our city, and they’ll be here this Saturday December 10. It looks like they’ve filmed most of the on location footage in Dubai already but will likely be hosting another filming with a Dubai audience.

More…
*There’s now a Ripe Market in the Dubai Marina*
*Wingsuiters soar through Dubai Marina in XDubai video*
*Head in the clouds? Check out this Dubai Marina base jump*

CAN I WATCH THEM LIVE?

Yes, and you can be an audience member.

Admission to the show is not guaranteed, but if you’re lucky you’ll be one of the few selected to be in the audience. 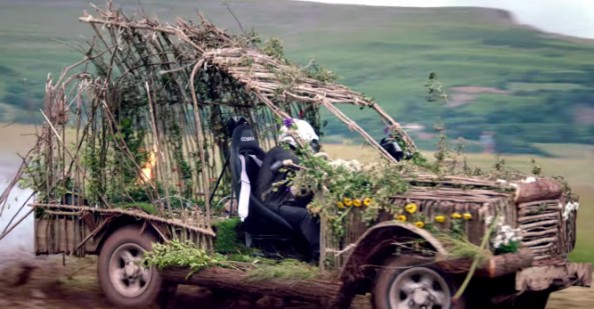 One of the trio (perhaps Hammond?) can be seen in the show’s trailer driving a car made out of sticks. Each to their own…

A location is yet to be confirmed, but the date and time will be on December 10 at 1pm.

Dubai marks the last filming location of their first series, and they’ve filmed other episodes in the US, UK, South Africa, Finland, The Netherlands and Germany.

WHERE CAN I WATCH THE SHOW ON TV?

Well, it’s not on TV. If you want to watch The Grand Tour, you’ll have to be a subscriber of Amazon Prime (which, unfortunately, isn’t accessible in the UAE).

Amazon Prime costs Dhs360 per year, giving you access to a host of TV shows and movies, while also including free delivery of items bought on Amazon.

HAVE ANY TEASERS FOR THE SHOW BEEN RELEASED?

They have. And they’re bound to get you excited.

Culture
News
Sport & Fitness
EDITOR’S PICKS
Ramadan in Dubai: 40 iftars to try
READ MORE
Where can Dubai residents travel? Check out these 14 destinations
READ MORE
Rumours, facts and reveals: New Abu Dhabi bars and restaurants
READ MORE
UAE announces reduced working hours for Ramadan 2021
READ MORE
MOST POPULAR
Sheraton Mall of the Emirates has a lot to offer this Ramadan
Looking for a cosy long stay residence in Dubai? Check this out...
Have you spotted the new Talabat Patrol team on Abu Dhabi roads?
Iftar home delivery for one? Here are some options...
Stunning Australian restaurant Hunter & Barrel is now open
YOU SHOULD CHECK OUT
Our website uses cookies and other similar technologies to improve our site and your online experience. By continuing to use our website you consent to cookies being used. Read our privacy policy here.