Here’s what the UAE’s Minister of Tolerance has been up to….

While many governments have charters on housing or health, the UAE has just launched the world’s first formal Tolerance Charter.

Why? Well it’s all about spreading tolerance, peace and coexistence throughout the region, while also encouraging cultural diversity. 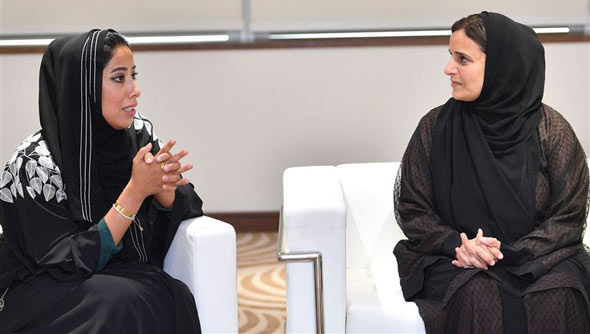 The Director General of the Government of Dubai Media Office HE Mona Al Marri was also involved in the talk about the Tolerance Charter.

This discussion is timeley, and comes just a week after US President Barack Obama explained why he refuses to say the word “Islamic” terrorist at a CNN Town Hall meeting: “What I have been careful about when I describe these issues is to make sure that we do not lump these murderers into the billion Muslims that exist around the world, including in this country, who are peaceful, who are responsible, who, in this country, are fellow troops and police officers and fire fighters and teachers and neighbours and friends.”

Here’s more of what Barack Obama thinks on the matter…

HOW THE UAE TOLERANCE PROGRAMME WORKS

H.H. Sheikh Mohammed bin Rashid Al Maktoum, ruler of Dubai and Vice President of the UAE, wrote about the need for a Minister of Tolerance in his open letter on the future of the UAE earlier this year: “We have also learned from hundreds of thousands of dead and millions of refugees in our region that sectarian, ideological, cultural and religious bigotry only fuel the fires of rage. We cannot and will not allow this in our country. We need to study, teach, and practice tolerance – and to instill it in our children, both through education and our own example.”

The UAE’s strategy for promoting tolerance also includes the Hedayah Institute, which was founded in 2011 and is all about investing in key academic institutions and scholars to promote an Islam that is moderate and responsible and is all about combatting extremist religion and promoting interfaith dialogue.

Here’s a bit of the Hedayah Institute’s mission statement: “There is a widespread agreement on the need to prevent individuals from radicalisation, the embrace of violence, and support for terrorism, as well as to divert those already radicalised back into their communities. With the opening of Hedayah in Abu Dhabi, there is now an institution dedicated to addressing this long-term, strategic challenge.”