Want to get in the mood for Party In The Park? Listen to these 10 tunes

Can’t wait for Party In The Park? Here are 10 tunes to get you in the mood for the party at Hype Clubhouse…

The main stage at Party In The Park will be a definite highlight (what with the Kaiser Chiefs, The Charlatans and Travis), but there’s always a party to be had at the Hype Clubhouse (read about the full line up there here).

Cuts Above party promoters Jonny Thornhill and Dan Chadwick (pictured) will be soundtracking the afternoon in the Clubhouse from 2pm to 5pm, and they’re promising “sunshine smile goodness spanning house, disco, soul and anything else we feel.” 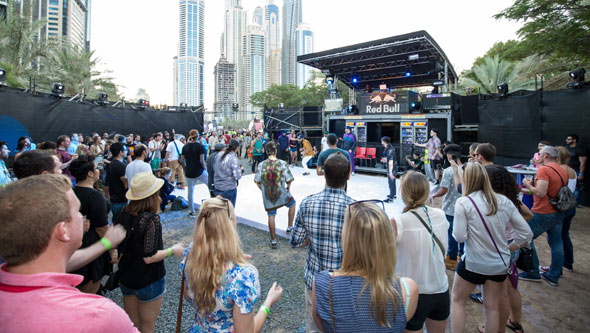 Here, they reveal their top tunes with extra sparkle (so you can probably expect some of these on the afternoon)…

2. FELA KUTI Opposite People (Bosq’s Whiskey Baron’s Rework) (Free download)
Dan: Classic Fela gets a top rework from the Whiskey Barons crew. Having discovered them on Bandcamp recently, they don’t put out much but everything they do is pure heat and top quality. Check out their Stevie Wonder reworks too. This stays true to the original with a bit more oomph for the housier floors – perfect for Cuts!
3. LORDAMERCY New Guitar New Mars (2000Black)

Jonny: Named after the Roy Ayres recording, 2000Black was established in 1998 and can do no wrong. This is broken beat goodness from label regular Lordamercy. Most of the label’s back catalogue is now available through Bandcamp, which is fast becoming my go-to site for new and old music not sold on the major download sites.

4. SOUL OF HEX The Clapper (Freerange)

Dan: Brand new music from Freerange, who release fantastic stuff year on year. It’s hard to explain this track so just listen. A versatile record for any DJ playing techno to house to breaks, it has a proper groove and bags of energy.

Jonny: Taken from his debut LP Social Housing, this is house music made for daytime sets and club sets like house music should be, with killer acid sounds and a wicked piano hook.

Dan: Salsoul and Larry Levan, what more to say? A killer bassline gives it the funk, making it my kind of disco. This still sounds as fresh as it did in 1981 and I’m not ashamed to say it’s only recently found its way to me. Disco discovery never ends!

Jonny: A head nod to raw, deep Chicago house. Originally released in 2012 on a super limited press, these gems are again available on Bandcamp, as a kickback to the Discogs sharks selling the records at ridiculous prices.

Dan: For years the Prins Thomas mix has been a firm favourite but I never sought out the original before hearing it on a recent Electric Chair mix. Proving that dance music doesn’t have to be new to be ace, this is an absolute beauty from around 2005, which still works a treat. Sometimes it’s worth just having a root through your collection instead of seeking out the new stuff.

Jonny: Killer synth action from the Detroit house and techno producer, I first heard this on a Black Madonna Boiler Room mix and tracked it down to a free download on Soundcloud. Apparently, the track was made using Roland Boutique synths in his backyard.

Dan: It’s hard to pick just one Eli Escobar track so I have to give Seein’ You a mention too, but this pips it for pure windows down, on repeat happy music, as we finally head into Dubai winter. This guy is on fire at the moment and everything he does is excellent.

These songs not doing it for you?

The three big-time indie rock bands are obviously one of the event’s bigger pulls, but that’s not all.

There are plenty of other reasons to check the event out, from live art, to pop up markets, food stalls and performers.

Check out our list of 10 alternative reasons to go to Party In The Park.

How do I nab tickets?

Tickets can be bought from Platinumlist here, and from Virgin Tickets here.

Clubs
News
Nightlife
EDITOR’S PICKS
Ramadan in Dubai: 50 iftars to try
READ MORE
Where can Dubai residents travel? Check out these 14 destinations
READ MORE
Rumours, facts and reveals: New Abu Dhabi bars and restaurants
READ MORE
UAE announces reduced working hours for Ramadan 2021
READ MORE
MOST POPULAR
A four-day ultra marathon is taking place in the Dubai desert
Put the pedal to the metal with free tickets to Ekart Zabeel
Etihad drops massive summer sale with up to 50 per cent off flights
Spend your summer in a snowy cinema in Dubai
Tipsy Lion reopens with wallet-friendly deals all week
YOU SHOULD CHECK OUT
Our website uses cookies and other similar technologies to improve our site and your online experience. By continuing to use our website you consent to cookies being used. Read our privacy policy here.