Fan of British indie tunes? Or just fun days out in general? Well then you better block November 11 in your diary…

It will be a Brit indie-rock fan’s dream day out, with Travis, Kaiser Chiefs and The Charlatans all taking to the stage.

Ooh and the always-fun Hype clubhouse will be back, seeing the city’s favourite DJs hitting the decks from day to night.

The main stage will see a line up of local musicians before The Charlatans fire up at 6pm, Adam Baluch plays at 7.15pm, Travis at 8.15pm and the Kaiser Chiefs at 10pm.

Tickets for the day (and night) out are Dhs350 (the early bird tickets are already sold out). You can buy tickets from Platinumlist here or from Virgin Megastore here. 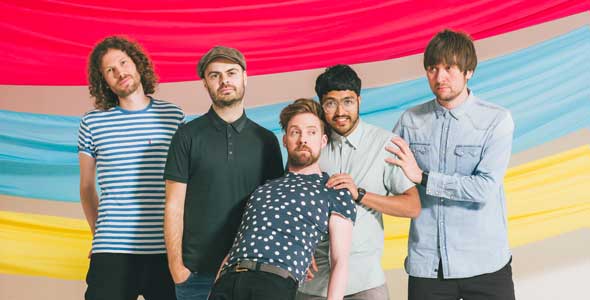 This post-punk Brit-pop band burst onto the UK music scene in 2000, but it was their pumped-up, infectious 2004 hit I Predict A Riot that really sealed the deal:

Named after the South African football team, the band dropped a new single this summer, and Parachute is a step away from their indie heritage with its soaring and melodic electro vibe. It should be a dance-inducing track on the night of Party in the Park:

The five-man band have released five studio albums, sold more than one million singles and are still going strong, with a new album due out on October 7.

We’re certainly looking forward to hearing this sway-along song on the main stage: 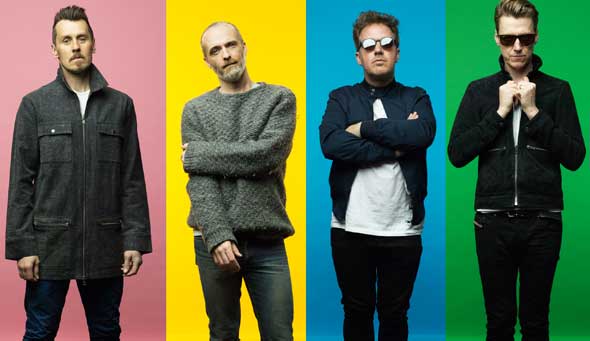 Travis began in 1990, and for the past 26 years it’s been all about the songs (not the fame) for these Glaswegians.

“It was a horrible experience,” frontman Fran Healy told The Independent of their period of peak fame 15 years ago. “Just looking at your diary and seeing six months with no days off – none! – and you have to talk every day about yourself. The gigs keep you physically going, but your brain feels totally rinsed. So, no, I never want to do that again.”

Thankfully Fran’s going to do one of his rare gigs in Dubai this year and most of you will be able to sing along to more than a few of this Scottish band’s songs.

To begin with there’s Why Does It Always Rain On Me?

Then there’s the more optimistic Sing…

Need we go on to convince you to come see them? No, didn’t think so.

Oh, but it’s not just about their old stuff, their latest tune Idlewild deserves a listen or three: 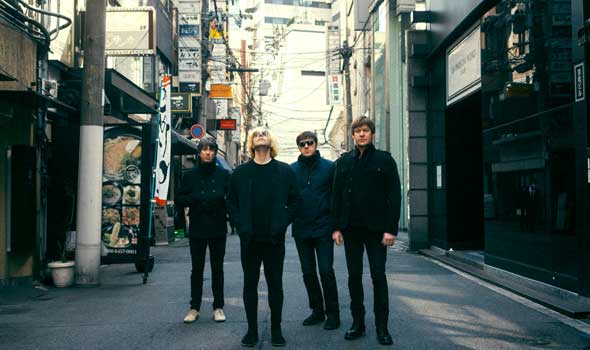 Formed in 1989 in the West Midlands The Charlatans have 12 studio albums and a 17-year-career under their belt. They’re known for their ‘Madchester’ meets ’60s psychedelia’ sound, and the band’s first big hit was little number in 1990:

This 1996 tune will undoubtedly be their big song of the night however:

Tragedy has struck the band twice, in 1996 the group’s keyboardist Rob James Collins was killed in a car crash and in 2013 the band’s drummer Jon Brookes tragically died from brain cancer at only 44.

Brookes’ work can still be heard on The Charlatans’ latest studio album, Modern Nature. It was released in 2015 and was well received by fans and critics alike. It peaked at #7 on the UK chart and The Guardian wrote that the 12 tracks had “the spirit of Curtis Mayfield and chill-out rooms in 1990s clubs in the early hours”.

Here’s one of our favourite tunes from it:

And here’s another of their new tunes we’re looking forward to hearing on the day:

It’s not just international bands on the main stage though, there will be bucketloads of local talent too. So that you can grab a beanbag, lay back and listen to some UAE voices. Party favourites The Boxtones, local rock lads 13 Daze and soulful singer-songwriters Adam Baluch and Tim Hassall will all be up on the main stage.

MORE ON THE PARTY…

It’s not just music on offer though – there’ll also be plenty of food and drink spots, and cool local companies selling their wares, as per usual.

Last year’s Party In The Park welcomed no fewer than 10,000 concertgoers to see headliners Stereophonics tear up the main stage.

Tickets are on sale at platinumlist.net from Tuesday 6 September, 9am.

Head to PartyInThePark.ae for more info.

News
Nightlife
Things to do
EDITOR’S PICKS
So, when is the next UAE public holiday in 2021?
READ MORE
All of the lavish new hotels set to open in Dubai in 2021
READ MORE
16 of the best pool passes in Dubai that are fully redeemable
READ MORE
All of the restaurants at West Beach, Palm Jumeirah
READ MORE
MOST POPULAR
6 great places to enjoy live music in Dubai
Get free access to ERTH's new fitness facility this week
6 fun things to do in Dubai this week: June 20 to 23
6 great things to do in Abu Dhabi this week: June 20 to 23
Louvre Abu Dhabi is launching a paddle-in movie night
YOU SHOULD CHECK OUT
Our website uses cookies and other similar technologies to improve our site and your online experience. By continuing to use our website you consent to cookies being used. Read our privacy policy here.