Dubai's free beaches are getting a Dhs35 million makeover...

Today, the Dubai Municipality announced a two-year, and Dhs35 million plan to enhance (and protect) the city’s public beaches.

So what will it involve? Well, first things first, it will rebuild some of the beaches that have been eroded due to storms. They estimate that around 30,000 cubic metres of sand are lost every year due to these seasonal northern winds.

The announcement of a Dhs35 million spend is far from the beginning of the Municipality’s work. They’ve already spent around Dhs300 million improving the city’s free beaches (we particularly love the running tracks and volleyball courts they’ve added).

A patch of sand that has recently been restored is Umm Suqeim beach (aka, the one behind Umm Suqeim park) – this was recently enriched with 500,000 cubic metres of beach sand, which is now protected by coastal barriers. 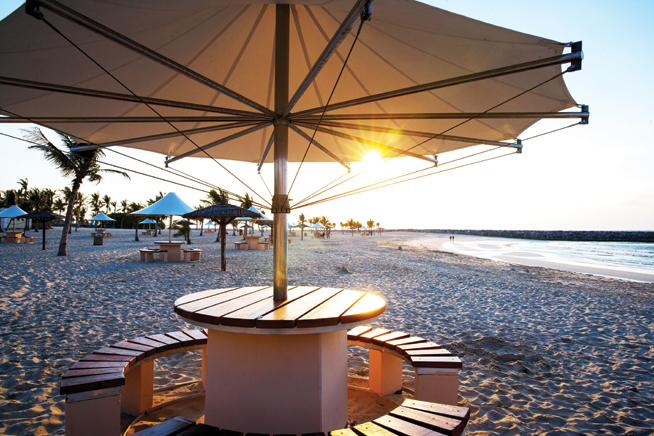 Another key element will be improving access to beaches for those with special needs.

And remember, the much-beloved Jumeirah Beach Park is returning once the Dubai Canal construction is complete – in fact, the length of the beach at the park will double (although we don’t know if the price to enter the park will change too, it was once just Dhs5 for the day).

Here’s a vision of what the area will look like in the not-too-distant future:

What’s your favourite beach in Dubai? Let us know in the comments below.