The RTA has announced plans to make both Jumeirah Beach Road and Al Wasl Road one way streets, with Al Wasl Road traffic only going towards Jebel Ali, and Jumeirah Road only towards Satwa.

The plan has been approved by His Highness Shaikh Mohammad Bin Rashid Al Maktoum, Vice-President and Prime Minister of the UAE and Ruler of Dubai, however the RTA hasn’t yet said when it would be implemented (although it’s unlikely to be before the Dubai Canal construction is completed).

*MORE: What Dubai Canal will add to the city*

The aim of this bold move is to improve traffic flow, to make the areas friendlier for pedestrians and to enhance things like foot traffic for businesses on both streets. (Also, as one canny What’s On Facebook follower pointed out, it could also mean a strong cycle lane network). 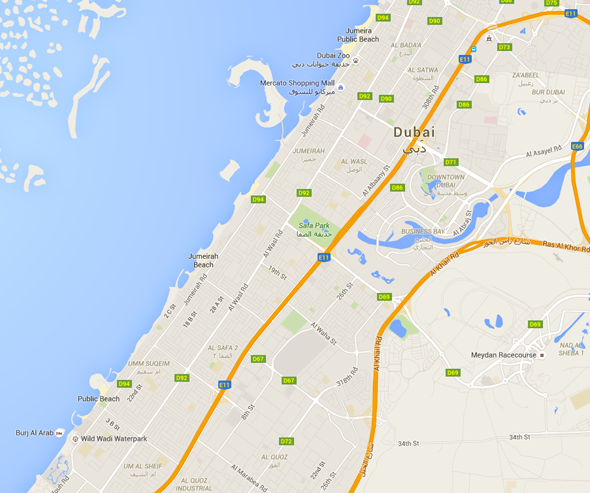 The length of both roads will become one way.

Many other things were discussed at the meeting, including the improvement of the roads around International City, which will begin with Al Awir Road and the bridges leading to International City. Also brought up was the extension of the red line by 15km to the 2020 World Expo site, which will add seven stations to the line.

The other major development discussed is a new plan that’s about to be trialled that will see post-accident traffic cleared away from Sheikh Zayed Road quicker. The exact details of how this will happen will be revealed soon, the RTA says. It will be on trial in a portion of Sheikh Zayed Road for six months to test its viability.

News
EDITOR’S PICKS
Here's the full list of UAE public holidays in 2023
READ MORE
23 incredible things to look forward to in the UAE in 2023
READ MORE
Hidden gems: 10 UAE desert pop-ups to discover this winter
READ MORE
Where to travel in 2023: 10 new flight routes from the UAE
READ MORE
MOST POPULAR
Here's what happened at the first What's On the Menu of 2023 at Mosaic, Nadja Street
Alternative ways to celebrate Valentine's Day in Dubai
Date night: The most romantic bars in Dubai
8 lively things to do in Dubai this week: Jan 30 to Feb 2
Address Beach Resort flash sale can save you 45 per cent on stays
YOU SHOULD CHECK OUT
Our website uses cookies and other similar technologies to improve our site and your online experience. By continuing to use our website you consent to cookies being used. Read our privacy policy here.