It’s going to be a HUGE weekend, so we’ll see you out there making the most of it!

Head to a free concert

Tonight and tomorrow you’l find free concerts at Amazium Plaza, in front of Motiongate Dubai, in Dubai Parks & Resorts. Dubbed Queen of the Stage, Myriam Fares will be joined by Waleed El Shami tonight, and on Friday night you’ll get to see Emirati sensation Shamma Hamdan and Khalid Fouad. The shows will run from 8pm to 11pm both nights, and remember that there’s free parking at Dubai Parks after 6.30pm daily.

A girls’ night out at the theatre 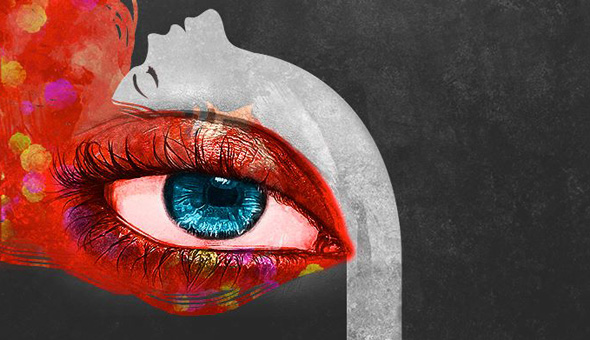 This weekend at The Junction you’ll be able to see Queens of Drama, a series of five short plays that weave in and out of the female mind, bringing up topics that are often not discussed. 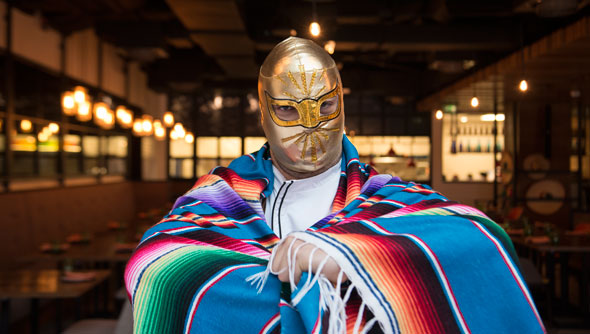 Head to La Tablita tonight to learn more about Mexico’s masked “Lucha Libre” superheroes. There’ll be mambo beats and live entertainment from Latin singer Edikson to get you in the groove, screenings of old wrestling movies, colourful masks and a scaled-down wrestling ring for awesome photo opps. Tuck into a buffet with live stations including a taqueria, seafood corner, street food bites, and more.

Get down to Global Village 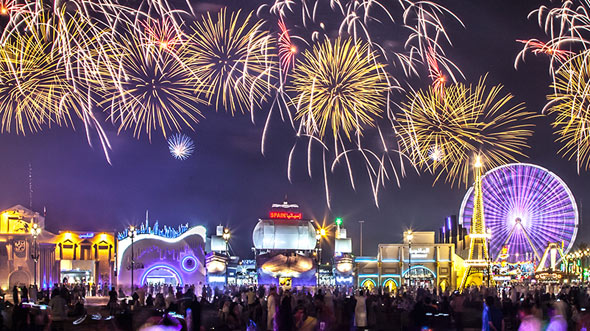 It’s the last weekend to catch the region’s largest cultural extravaganza until it closes for the summer. Head down there one last time for festivals, rides, shopping and entertainment from 70 participating countries in the infamous open-air theme park.

Feel better on Friday morning by doing this Thursday night 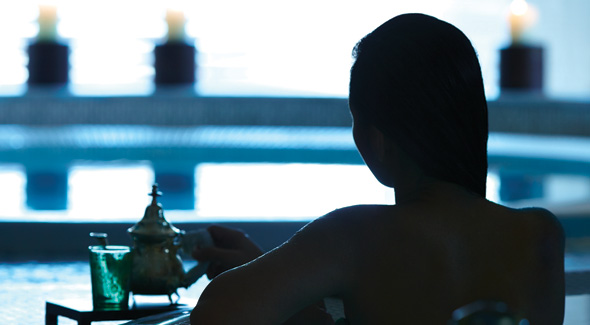 The Shangri-La Hotel on Sheikh Zayed Road is now open until midnight every night, and it’s offering a special relaxing massage to unwind you into a slumber-ready state. So yes, why not skip the after-work drinks and book a massage at 11pm tonight? Massages cost Dhs480 for 60 minutes or Dhs680 for 90 minutes with a facial – and you get a free sleep kit to take home with you.

From A-list celebrities to world-renowned artists and great lashings of Cosplay – any fans of gaming, manga, movies or collectables should head to Dubai World Trade Centre this weekend for Comic Con. Read our full guide to the event here. Oh, and keep an eye out for our mates from Stuff Middle East, as they’ll be there too. Events run from 12.30pm to 9pm today (and you’ll also be able to head down on Thursday and Saturday).

Brit band New Order’s career spans four decades, ten studio albums and a handful of NME Awards. And they’re playing in Dubai tonight. As the New Yorker put it in 2015, such is their influence on “the large, hybrid musical territory we might call ‘synth pop’ or ‘dance rock’ that entire careers are impossible to imagine without [them].” We’re looking forward to it.

Hear the sounds of the Middle East

The Step Music Festival at Dubai International Marine Club will see 12 hours of top Middle Eastern tunes take over Dubai Marina today. Running from 2pm to 2am, you’ll get the chance to hear everyone from Dubai hip hop crew The Recipe to Beirut-raised MC Malikah and Lebanese rockers The Wanton Bishops. We’re also looking forward to seeing Dubai-based Layla Kardan take the stage too:

Tell us about it, stud: Go see Grease 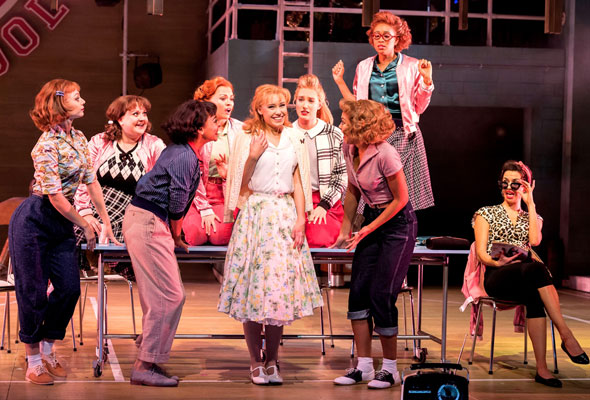 If you love John Travolta, accidental pink dye jobs, and 1948 Ford De Luxe Convertibles as much as we do, you’re in for a treat… Grease the musical is in Dubai this weekend. Who’s behind this production? Well it’s UK Theatre Company Curve, and they’re promising to sing all the hits.

Chill out to the sounds of some local talents 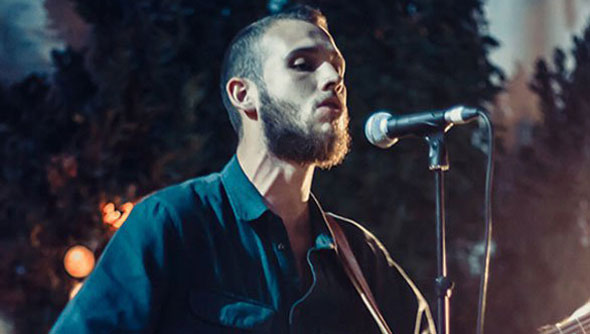 The Daily in Rove Downtown is joining forces with Freshly Ground Sounds to bring you some of the UAE’s best modern urban musicians, every Friday this month. Head to the neighbourhood eatery for chilled-out tunes from the likes of alternative-folk band Physical Graffiti, indie-pop group The Deer Hum, folk and pop band As Per Casper, Josh Monteath and his guitar, and singer-songwriter Aman Sheriff.

Relive the fashion of the 50s 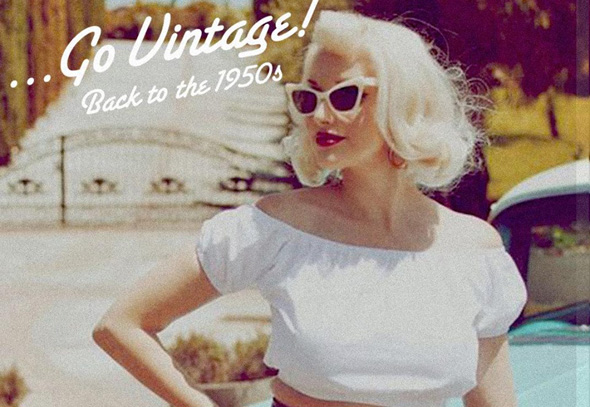 Running alongside Grease the musical is Go Vintage DXB, an exhibition of the fashion and accessory trends of the 1950s, as well as the cars, music and movies. It’s free to enter, and will take you back to a time before charcoal lemonade was a thing, and when milkshakes were the healthy drink of choice.

Try out a cooking class 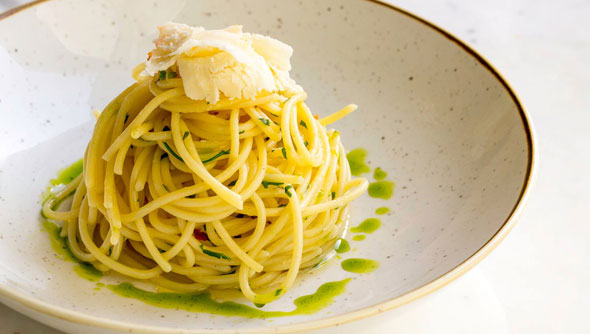 Feeling guilty about how many times you’ve swiped ‘order’ on Deliveroo? The Italian cooking course at Solo Italian Restaurant is perfect for novices, hosted by head chef Doxis Bekris. Under his expert guidance, you’ll learn how to whip up a delicious three-course meal that you can easily recreate at home.

Check out The Void

Inside a giant white pavilion on The Beach you’ll find The Void, a virtual reality experience that you’re free to walk around. This means you feel the environment around you as weave your way through a New York apartment in pursuit of ghosts (we tried it and were impressed).

The Beach opposite JBR, 10am to midnight, daily, Dhs110 per person. More information and tickets on website.

Go to a free theatre workshop

There’s an open day at the excellent not-for-profit Courtyard Playhouse today, and you can pop in for free any time to check it out and try some workshops. From 11am to 12pm and 1pm to 2pm there are workshops, and from 12pm to 1pm and 2pm to 3pm there will be improv shows. Just arrive at least 15 minutes before each show to get a seat, and put your name on the guest list here to give the theatre a heads up that you’ll be coming.

The Courtyard Playhouse, Al Quoz, 11am to 3pm, free. More info on Facebook. 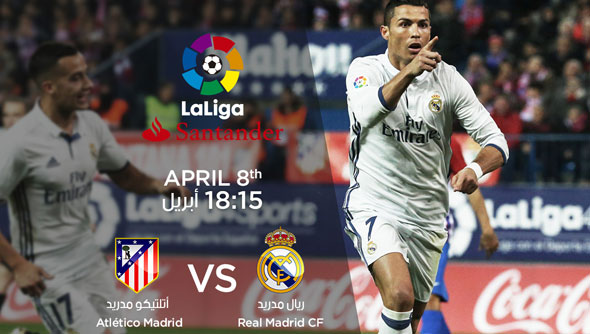 News
Things to do
EDITOR’S PICKS
UAE holiday dates announced for National Day
READ MORE
Emirates Dubai 7s is back: Here's why we're excited...
READ MORE
Tennis ace Andy Murray to play at Mubadala World Tennis Championship
READ MORE
UAE 50: Where to watch National Day fireworks in Dubai
READ MORE
MOST POPULAR
UAE confirms its first case of the Omicron variant
Alhosn Green Pass to only be valid for 14 days after negative PCR
20 of the best things to do in Abu Dhabi this long weekend: Part 2
First look: London-loved restaurant The Cinnamon Club opens in Dubai
Check out this amazing display at the world's highest outdoor infinity pool
YOU SHOULD CHECK OUT
Our website uses cookies and other similar technologies to improve our site and your online experience. By continuing to use our website you consent to cookies being used. Read our privacy policy here.