Dubai Police now have a drone that can defuse bombs

Dubai Police are no strangers to the latest advancements in technology. Earlier this month they set a fully autonomous ‘robocop’ out on patrol and added a number of all-electric BMWs to an already impressive vehicle fleet.

Not content to stop there, it was announced on Monday that the latest addition to be welcomed onto the force is a bomb-defusing drone.

Designed over a three month period by members of Dubai Police as a faster way to deal with bomb-related incidents, the drone is equipped with a remote-controlled water cannon and a camera. 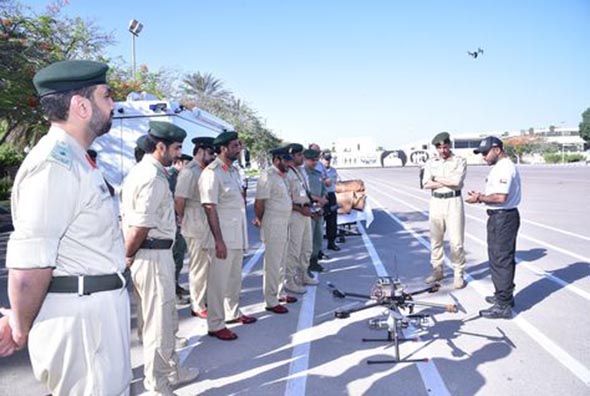 The drone’s camera is used to monitor any potential threats from a safe distance, while the water cannon can be fired remotely, disarming bombs without the need of direct human contact.

The first of its kind in the world, the drone has a flying time of up to 10 minutes and will be used as a first respondent while police wait on the arrival of bomb disposal trucks.

On top of its bomb-disarming skills, the drone can also be used to search out explosives as well as break glass and windows in cars and buildings.

While we hope that the police never have a need to use it, it’s good to know that advancements in technology are being used to help make Dubai an ever-safer place to live.