This popular Downtown nightspot looks like it's closed down

This is sad news…

We recently brought you news that 360, Sass Cafe, Nasimi Beach and most recently Catch were all sadly closing their doors, but we’ve been surprised to hear another Downtown spot has also sadly ceased operation. Little Black Door in the Conrad on Sheikh Zayed road is now advertising that it is ‘Permanently Closed’ on its Facebook page.

The lounge bar, which always seemed busy whenever we paid it a visit, became an instant hit when it opened in 2016. The speakeasy-style concept, tucked away behind a grand black door in a corner of the lobby of the Conrad was famously secretive. If you managed to get yourself inside, it had a dramatic Parisienne feel, complete with stunning chandeliers, exposed brickwork and dim lighting that takes you back to the roaring twenties. 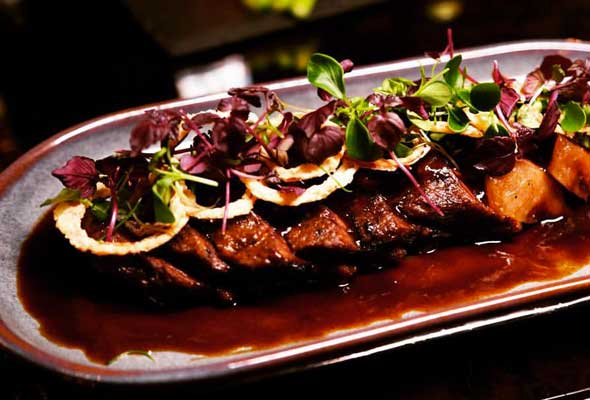 As well as serving up a great drinks menu, Little Black Door also took an inventive approach to it’s food menu, although this was met with more mixed reviews. On the menu, dishes such as beef short rib and truffle flat bread sat alongside foie gras hot dogs and lobster poutine.

Even football legend Didier Drogba was snapped at the hotspot during its two years of operation.

No further information has been given from the internal team, so we’ll have to wait and see what takes its place.

Bars
Nightlife
EDITOR’S PICKS
Ramadan in Dubai: 48 iftars to try
READ MORE
Where can Dubai residents travel? Check out these 14 destinations
READ MORE
Rumours, facts and reveals: New Abu Dhabi bars and restaurants
READ MORE
UAE announces reduced working hours for Ramadan 2021
READ MORE
MOST POPULAR
The UK and eight other countries added to Abu Dhabi Green List
Breaking: Flights from India to UAE suspended for 10 days
A sweet new Japanese restaurant has opened in The Greens
Book a Yas Hilton Ramadan stay and play package from Dhs396pp
There's a cool new coffee shop to check out in Dubai
YOU SHOULD CHECK OUT
Our website uses cookies and other similar technologies to improve our site and your online experience. By continuing to use our website you consent to cookies being used. Read our privacy policy here.