So, this is where the MGM and Bellagio hotels are going to be...

Both hotels will be built on a huge new island which will also feature a beach club, 80,000 square foot theatre and a ‘Cave of Wonders’…

So if you’ve been wondering what was happening there, it turns out that’s the chosen location for a new, 3.5 million square metre MGM-operated hotel and entertainment district.

In total, The Island will be home to an impressive 1,400 hotel rooms and apartments and 10 villas. 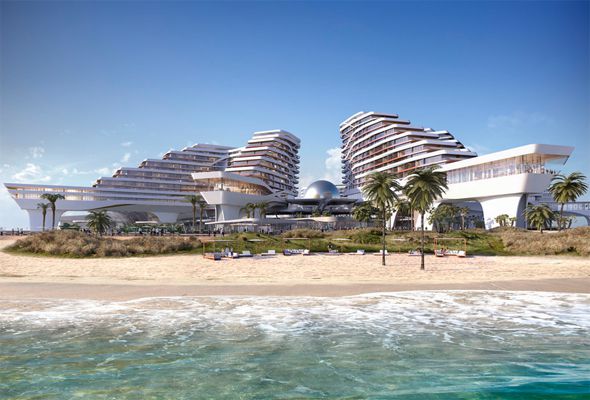 ALSO READ: Dubai is getting a sky-high observation deck called The View

Another highlight on the new island will be a sprawling theatre that will occupy an area of 80,000 square feet and have seating for up to 800. MGM is also set to organise regular shows here, and if there one’s in Las Vegas are anything to go by, we can expect some pretty stellar performances.

According to the latest information on Protenders, 124,000 square feet of space will be dedicated to a new ‘Cave of Wonders’ attraction, that will provide entertainment for children and families through an array of sports and games. Sounds interesting.

When the project was first announced in March 2017, the exact location was not revealed, although master developer Wasl did announce it would open sometime in 2021.

News
Staycations
EDITOR’S PICKS
UAE holiday dates announced for Eid Al Adha
READ MORE
Update: Emirates again extends suspension of flights from India to UAE
READ MORE
Coming soon: Everything we know about Ain Dubai so far
READ MORE
Khorfakkan set to open new tourist attraction 580 metres above sea level
READ MORE
MOST POPULAR
Sign your kids up for a five-day theatre camp at The Junction this summer
Pics of the week: Your best photos of the UAE
New films to watch in cinemas this week: July 22 to 28
Caesars Palace Dubai transforms into a summer playground this Eid
10 things to do in Dubai that are free (or cost next to nothing)
YOU SHOULD CHECK OUT
Our website uses cookies and other similar technologies to improve our site and your online experience. By continuing to use our website you consent to cookies being used. Read our privacy policy here.