Dubai’s deep house fans, this one’s for you…

Legendary deep house record label Anjunadeep will be taking over Beach by FIVE at FIVE Palm Jumeirah on Friday, February 21.

The deep house party will kick off from 2pm, taking guests from day to night with some massive house tunes until 10pm. Entry is priced at Dhs100 for ladies and Dhs150 for gents, which will get you three selected beverages included.

Anjunadeep 11 is a new world series of events taking place at cities around the globe. Launched by British DJ Jody Wisternoff and label co-founder and A&R James Grant, events will be taking place in LA, San Francisco, London and Dubai. Yotto, Tinlicker and Penelope will be supporting the live set. 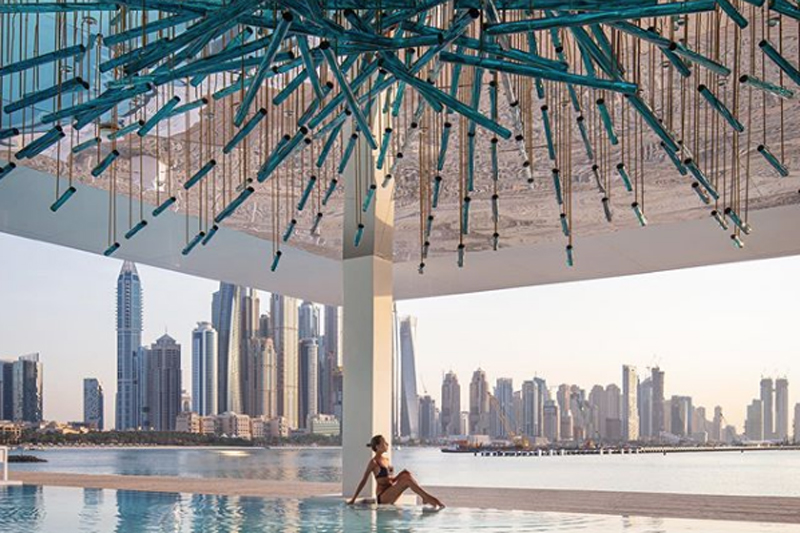 As well as the ultra-cool island-style bar that already stands at Beach by FIVE, you’ll find plenty of pop-up bars on the day. If you get peckish, you’ll be able to grab a bite from one of the hotel’s best restaurants which will have pop-up food stalls along the beach.

There will be an option to book a VIP table with awesome views of the stage, priced from Dhs3,000 per table. Once 10pm strikes, everyone can move up to The Penthouse to carry on the party where a range of guest DJs will be keeping the good times rolling.

Since it launched in London 13 years ago, Anjunadeep has had more than 400 music releases. Last year they held several successful Anjunadeep Open Air shows across the globe, in destinations such as Bali, New York and San Francisco.

Time to dig out your best beachwear…

Nightlife
EDITOR’S PICKS
Ain Dubai will open with fireworks, live music and a drone show
READ MORE
Incredible Aura SkyPool to open in Palm Tower this November
READ MORE
Brit Grand Slam hero Emma Raducanu confirmed for Mubadala Tennis
READ MORE
What’s On Nightlife Awards 2021: Here are the nominees...
READ MORE
MOST POPULAR
Here's what you'll be eating at SushiSamba when it opens in November
Chic Mediterranean beach bar Ula is now open on the Palm Jumeirah
7 art exhibitions in Dubai to check out this October
27 of Dubai's best rooftop bars with some epic sunset views
Win at Monday with unlimited sushi and an open bar at this chic soiree spot
YOU SHOULD CHECK OUT
Our website uses cookies and other similar technologies to improve our site and your online experience. By continuing to use our website you consent to cookies being used. Read our privacy policy here.