Hankook 24H Dubai is back and will be bringing the Dubai Autodrome alive this weekend on Friday, January 15.

Held under the patronage of His Highness Sheikh Mansoor Bin Mohammed Bin Rashid Al Maktoum, Chairman of Dubai Sports Council, the 16th edition will have more than 250 drivers across 54 cars taking part.

Hankook 24H Dubai is one of the world’s most exciting 24-hour endurance race and the opening race of the nine-stop 2021 24H Series will flag off at 3pm. The winner will take the chequered flag 24 hours later. 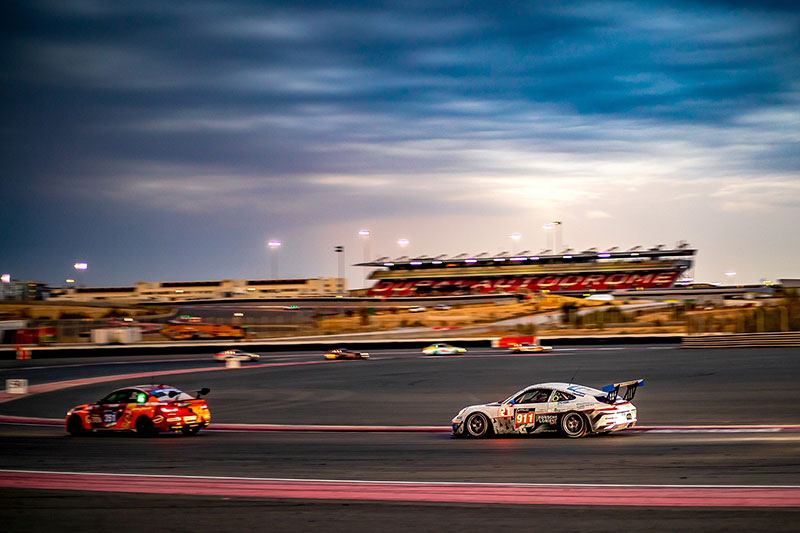 How to watch the UFC Fight Island bouts live at home in the UAE
Get active: 3 cool new fitness gyms to check out in Dubai
Tickets to watch UFC fights live in Abu Dhabi now on sale

Emirati ace, Khaled Al Qubaisi, who won the event for a record-breaking third time in 2020 will also be present alongside Jeroen Bleekemolen and Hubert Haupt. His first win was in 2012 and then again in 2013.

Al Qubaisi, the only Emirati driver to have won the event outright and looking back on the achievement in 2012 stated, ‘At the time, I just I couldn’t believe what we’d managed to achieve, because it was on only my second attempt. It involved a bit of luck – winning in Dubai always does – but it was mostly down to our preparation, and working with the right team and the right car on the right strategy’

In the upcoming Hankook 24H Dubai, Al Qubaisi will be with his team Hubert, Maro Engel, Patrick Assenheimer and Ryan Ratcliffe.

He stated, ‘As we always do, we’ll be there to win. And hopefully, this year, we can make history together once again.’

If you want to catch the action, full coverage of the two 30-minute qualifying sessions, the 90-minute night practice, and the full 24-hour race will be available via live stream on the 24H Series’ official YouTube channel.

News
Sport & Fitness
Things to do
EDITOR’S PICKS
What’s On Nightlife Awards 2021: Here are the winners...
READ MORE
Where to see fireworks in Dubai
READ MORE
This new ladies' night offers a free open bar every Tuesday
READ MORE
Coming soon: The hottest new bars, restaurants and beach clubs
READ MORE
MOST POPULAR
Nikki Beach Dubai's iconic White Party to return this weekend
Sacci Abu Dhabi is now serving up a cheese and grape deal every Wednesday
Sample a taste of Japan at Four Seasons Hotel DIFC this November
Bounce is back at Umm Al Emarat Park with access from Dhs30
What’s On Nightlife Awards 2021: Here are the winners...
YOU SHOULD CHECK OUT
Our website uses cookies and other similar technologies to improve our site and your online experience. By continuing to use our website you consent to cookies being used. Read our privacy policy here.