See elephants and lions at Ibn Battuta Mall this month

Go on a journey around six different countries…

Looking for something to do this weekend that’s a little more educational than spending the day by the pool? Head to Ibn Battuta Mall to see elephants, lions and more. How? We hear you ask. A new Augmented Reality walking tour has launched there.

If you’re not familiar with Augmented Reality (AR), it is in an interactive experience where computer-generated technology, for example on mobile phones, is used to see real-world objects in an environment that you wouldn’t normally find them.

This experience is themed on widely celebrated Morrocan scholar and jurist Ibn Battuta (whom the mall is named after) who is famed for his travels of the Old World. It launched on March 18 and will run on Thursdays, Fridays and Saturdays at 3pm, 5pm and 7pm until April 3.

11 amazing things to do in Dubai this weekend: March 18 to 20
6 luxury Palm Jumeirah mansions you can rent on Airbnb 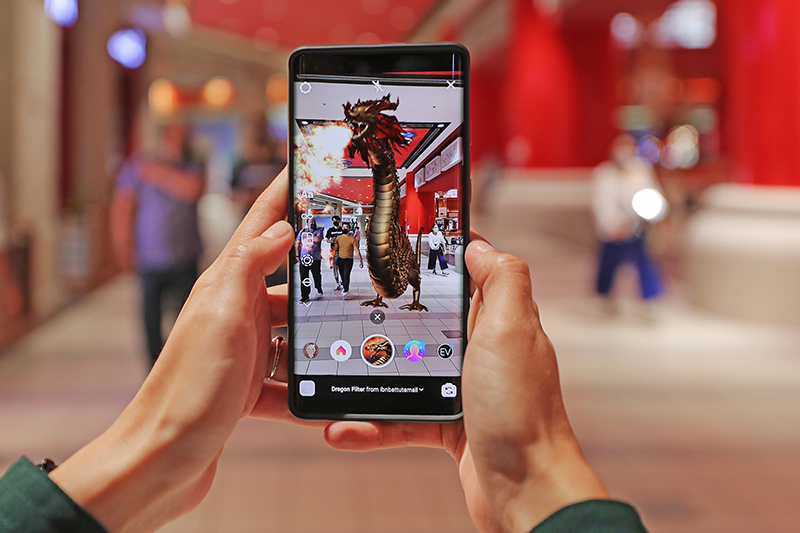 A fantastic experience for children in particular, the walking tour, accompanied by a tour guide, will take you to different corners of the world, six countries in fact. Through AR, see a roaring lion in Andalusian Court, a phoenix in Egypt Court, an elephant in India Court and a dragon in China Court.

If you share your experience on social media, you could also be in with the chance of winning some cool prizes.

Things to do
EDITOR’S PICKS
Ain Dubai will open with fireworks, live music and a drone show
READ MORE
Incredible Aura SkyPool to open in Palm Tower this November
READ MORE
Brit Grand Slam hero Emma Raducanu confirmed for Mubadala Tennis
READ MORE
What’s On Nightlife Awards 2021: Here are the nominees...
READ MORE
MOST POPULAR
Here's what you'll be eating at SushiSamba when it opens in November
Chic Mediterranean beach bar Ula is now open on the Palm Jumeirah
7 art exhibitions in Dubai to check out this October
27 of Dubai's best rooftop bars with some epic sunset views
Win at Monday with unlimited sushi and an open bar at this chic soiree spot
YOU SHOULD CHECK OUT
Our website uses cookies and other similar technologies to improve our site and your online experience. By continuing to use our website you consent to cookies being used. Read our privacy policy here.