The weather’s nice and cool, we’re here to match that energy…

If you’re looking for some cool things to do in Abu Dhabi this weekend. We’ve got you covered, just pull those festive sweaters on, turn up and chill out.

Avatar is now out in cinemas across the UAE. We attended the preview, and despite not being fans of the original film were completely blown away by the visual spectacle that is the sequel. You can read our full review here, but this was our verdict:  can count on one hand the number of times I’ve witnessed a revolution in cinema. This movie is amongst them. Not for the story, not necessarily the performances. But truly great cinema can come from a place beyond that.

Avatar: Way of the Water is released in cinemas across the UAE on December 16. Book tickets now.

The Mother of all festivals 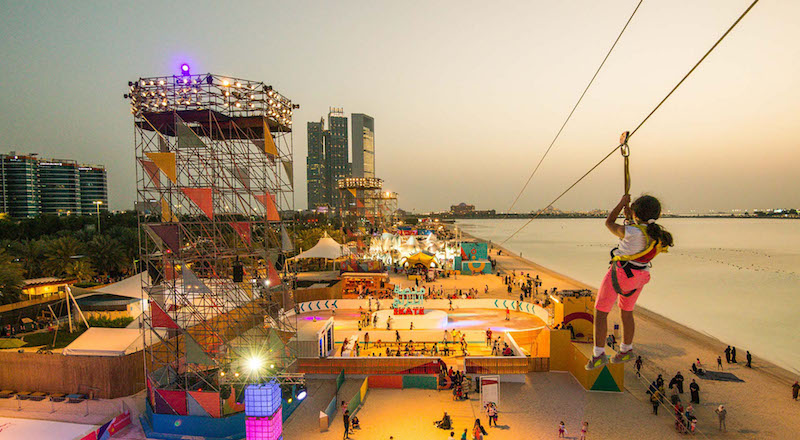 The Mother of the Nation Festival (MOTN) is back in action on Abu Dhabi’s corniche until December 18. It’s an event to celebrate the legacy of Her Highness Sheikha Fatima bint Mubarak, the Mother of the Nation. And the festivities are expansive, with the grounds occupying a huge swathe of seafront Corniche leisure space. Tickets for the 2022 edition are on sale via the ticketmaster.ae website and start at just Dhs30. The family focused fun is compartmentalised into six themed zones encompassing opportunities for guests to be entertained, enwisened and to dine out at a deliciously curated collection of pop-up yum-stufferies. There’s a strong thrill-culture balance. And we’re all about those ratios.

Shopping in a winter wonderland 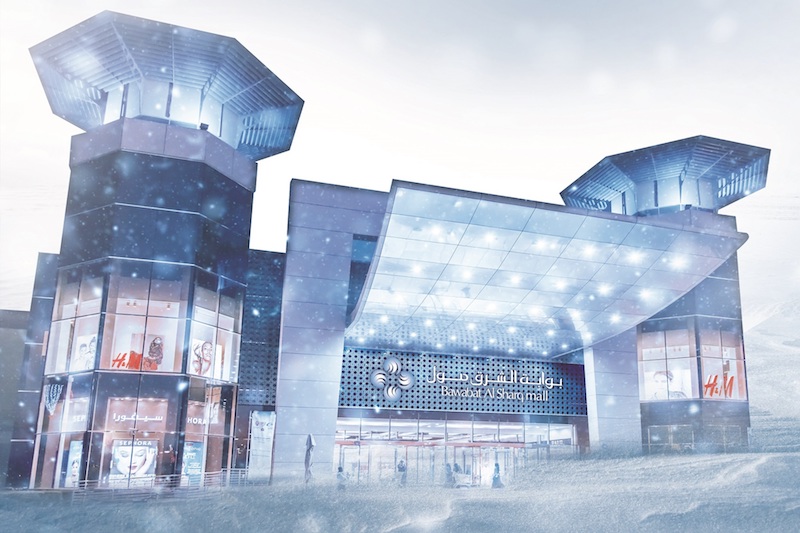 This Friday, Bawabat Al Sharq is opening its Winter Wonderland and it comes with sleigh-load of festive activities for the whole family. Kids can get merry making snowmen, chucking snowballs (“not in the face Aaron”) and wintery showers are likely with snow canons sprinkling down snowflakes from above. Running alongside this is the mall’s end of year sales and a shop & win campaign with the top prize of a brand new Lincoln Nautilus SUV.

Bawabat Al Sharq Mall, Baniyas, Fri to Sun only 2pm to 10am. @bawabatalsharqmall

Liwa Village is divided into distinct experiential zones and will also play host to the incredible ‘only in the UAE’ stye, Fuel Fest Arabia on December 17 and 18. This is where you’ll be able to meet the stars of Hollywood blockbusting franchise, Fast and Furious — Ludacris, Cody Walker, and Tyrese Gibson. There’s more fuel on the fest fire added by activities such as car shows (including some famous four-wheeled movies stars), live art, a kids zone, racing simulators, go karting, drag racing, track days, a live football show with Sean Garnier, a DJ performance by Pete Sabo, drift shows and a closing concert from Ludacris himself.

Tickets for Fuel Fest Arabia are also available via Platinumlist.net and are priced from Dhs100.

The desert areas of the UAE hold many wonders, but few can compare to the ethereal beauty of Al Wathba’s fossil dunes. These naturally occurring monoliths are jutting, jagged reminders of the emirate’s storied geological past, having been forged over the past 120,000 years. Found a short distance away from the (also well-worth a visit) Al Wathba Wildlife Reserve, an expanse covering more than 1,700 of the fossil dunes has now been designated as a protected landmark. The Al Wathba Fossil Dune Protected Area now features a visitor centre, a viewing area, an amphitheatre and 7kms of hike-able trails with educational signage explaining the origins and cultural significance of these magnificent sand relics. 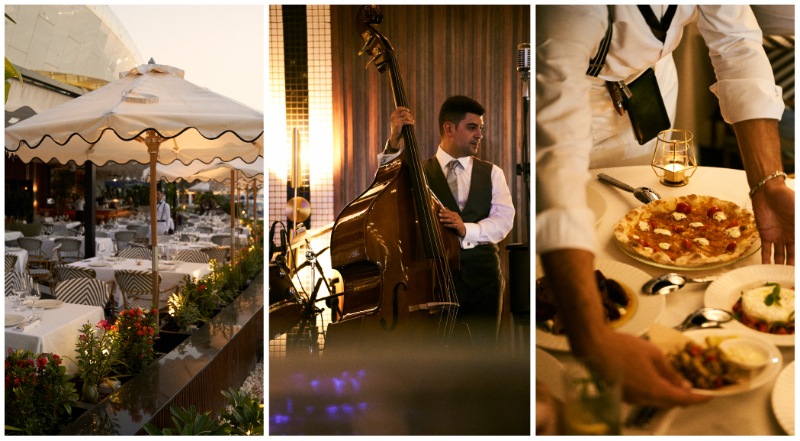 Penelope’s Brasserie & Jazz Bar Américain on Yas Marina is one of the coolest, most exciting Abu Dhabi openings of 2022. That short waterfront stretch of terrace performs a Herculean effort in accounting for its name, serving unmistakably Riviera vibes, a red hot Mediterranean menu, suitably chic cocktails and unlike some other ‘claimants’ in the country, actual jazz. A little pro tip for you: Right now is literally the perfect time to head down and check it out, they have 50 per cent off the entire food menu for the month of December, some great deals on festive celebrations, a new ladies’ night on Wednesdays and a nightly sundowner aperitif deal.

It’s the World Cup final this Sunday (7pm) — Argentina vs France, the Messi vs Mbappé frape we’ve all been waiting for. But where has the best ‘squad goals’ for watching it? Cooper’s is always a firm favourite (that’s unchanging favourite, not ‘The Old Firm’s favourite) for sports fans in the capital and it’s not hard to see why. It’s a handsome hang spot with large screens — making the referee a big enough target to hurl whatever life advice you might deem appropriate at. They’ve got some great deals for the international footie fest too, including buckets of beer for Dhs95. Back of the net.

Tea in the Stratos sphere

Throughout December, from Thursdays to Sundays, Stratos is offering a special festive edition of their popular Tippling Tea, with dainty season-inspired nibbles and an option of house beverages to go with your traditional tea accompaniment.

This 400-hectare park’s animal register includes gorillas, lions, cheetahs, giraffes, jaguars, lemurs, hippos, chimpanzees, wolves, and crocodiles. It also offers off-the-beaten-track experiences, Al Ain Zoo recently opened a pair of mountain biking experiences (from as little as Dhs15), allowing you to take a tour through the local landscape under your own steam. For those rocking a bit of a Steve Irwin vibe, the zoo is now giving visitors a rare shot at making friends with Mufasa, by heading into the lion’s den and feeding the king of the jungle. Blimey, what a ripper. At this stage, we should point out that safety equipment, including caged vehicle, is provided. Hop in the back of the all-terrain truck, gingerly grasp your tongs and offer pieces of meat through the gaps in the cage into the jaws of waiting lions. And doesn’t it makes a nice change for once, you being the one behind the cage, rather than the animals? 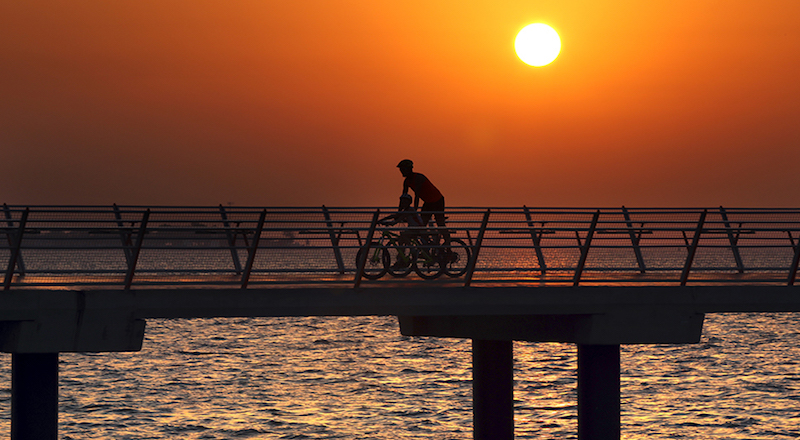 Abu Dhabi Sports Council introduced Abu Dhabi 360 to the world. A year round calendar of events, backed up by supporting technology (including an app) committed to the mission of improving the physical, social, and mental wellness of Abu Dhabi’s citizens and residents. The Abu Dhabi 360 app will be customisable — adapting to the varied goals and needs of our diverse demographics, it’ll be ‘gamified’ for rewarding engagment, is enabled with movement tracking features, challenges, and tailored nutrition recipes. You’ll also be able to view upcoming community events and challenges on the app.

Culture
Eat & Drink
Things to do
EDITOR’S PICKS
Here's the full list of UAE public holidays in 2023
READ MORE
23 incredible things to look forward to in the UAE in 2023
READ MORE
Hidden gems: 10 UAE desert pop-ups to discover this winter
READ MORE
Where to travel in 2023: 10 new flight routes from the UAE
READ MORE
MOST POPULAR
With its unique decor, Dubai's La Nina restaurant evokes tales of distant travels
Reservations are now open for French restaurant Fouquet's Dubai
The colourful Sharjah Light Festival returns next week
Relive those cosy winter moments at Chalet 105 at Twiggy
There are some big road closures in Abu Dhabi this weekend
YOU SHOULD CHECK OUT
Our website uses cookies and other similar technologies to improve our site and your online experience. By continuing to use our website you consent to cookies being used. Read our privacy policy here.