13 interesting destinations within a four-hour flight of Dubai

Thinking about booking a last-minute trip but don’t know where to go? Don’t worry – we’ve got you covered. The great thing about living in Dubai is that we’re within a four-hour flight of a third of the world’s population. Why not make the most of it by visiting some lesser known – but still amazing – places? 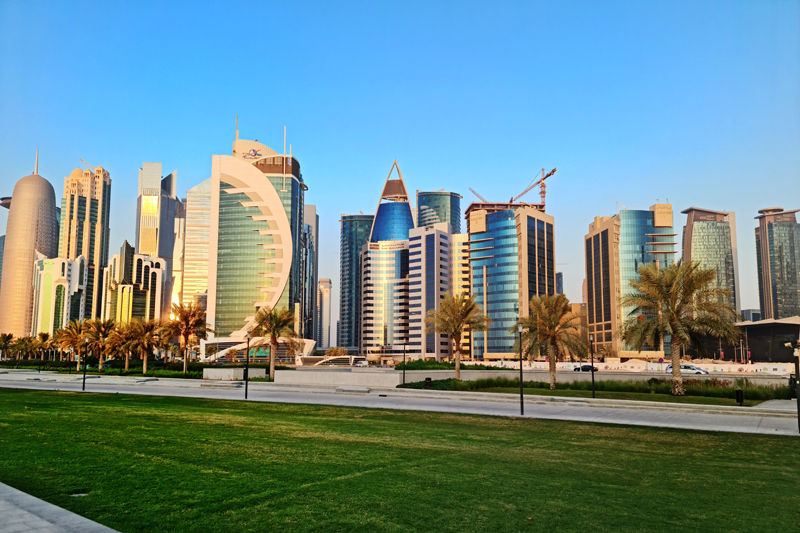 Why visit? Much like Dubai, you’ll find an impressive – and growing – number of luxury hotels, fine dining restaurants and action-packed malls in Doha. But there’s also a rich and unique culture to the city: the National Museum is a must-visit architectural marvel, while the Museum of Islamic Art and Fire Station Museum are also top choices for culture vultures. And in case you need further incentive to add Doha to your travel list, the small case of the world’s most famous football tournament hitting the city later this year is sure to draw sports fans. 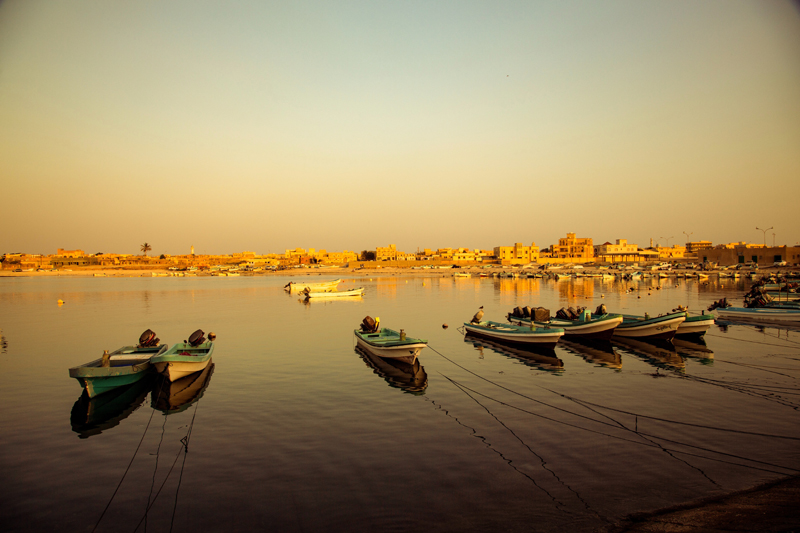 Why visit? Muscat and Musandam are well-trodden paths for Dubai-based mini-breakers, but travel further down the coast and you’ll discover an emerald green paradise (with cooler temperatures, too – perfect for escaping the UAE heat). Although Salalah is surrounded by desert, white sand beaches and plantations of bananas and papaya give this holiday spot a tropical vibe. 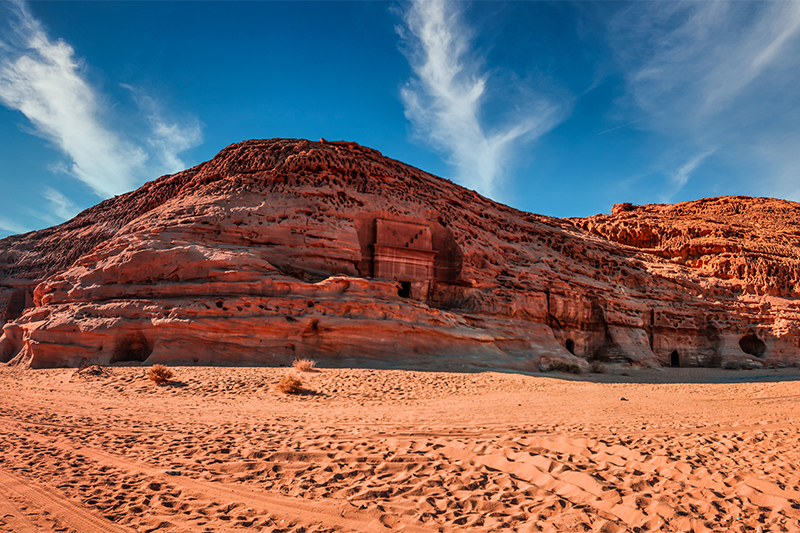 Why visit? Majestic AlUla is one of Saudi Arabia’s most treasured spots. Historically located on the incense route, and regarded as one of the oldest cities in the Arabian Peninsula, among the breathtaking highlights is Hegra, a UNESCO World Heritage site. AlUla has been transformed in recent years with new festivals, events, restaurants and hotels. Meaning even in the middle of a flame-hued desert you can check-in to a five star hotel, dine on dishes by a celebrity chef, and book excursions that range from helicopter rides and hot air balloons to trips to the Old Town. 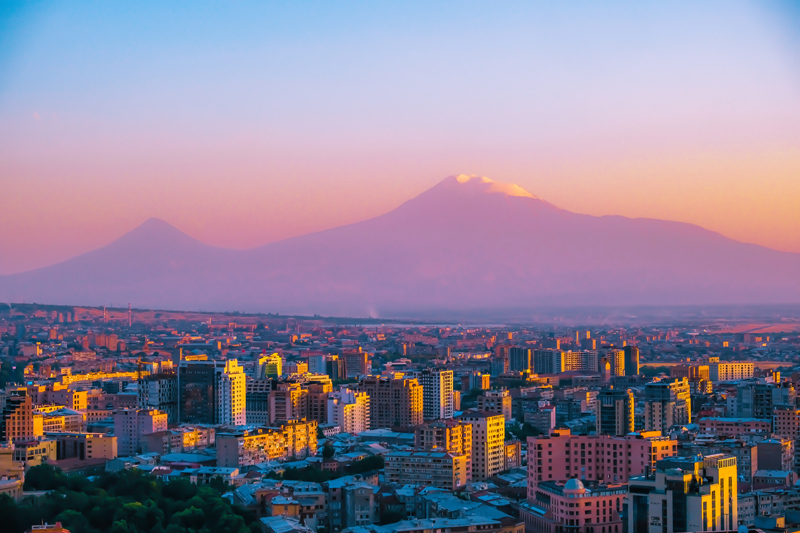 Why visit? Armenia’s capital is often referred to as the “pink city” thanks to the rose hue of the stone used in many of its buildings. It’s one of the oldest continuously inhabited cities in the world, so history buffs will love it here. You can also visit Swan Lake, where rapper Kanye West famously took a dip during an impromptu concert back in 2015. 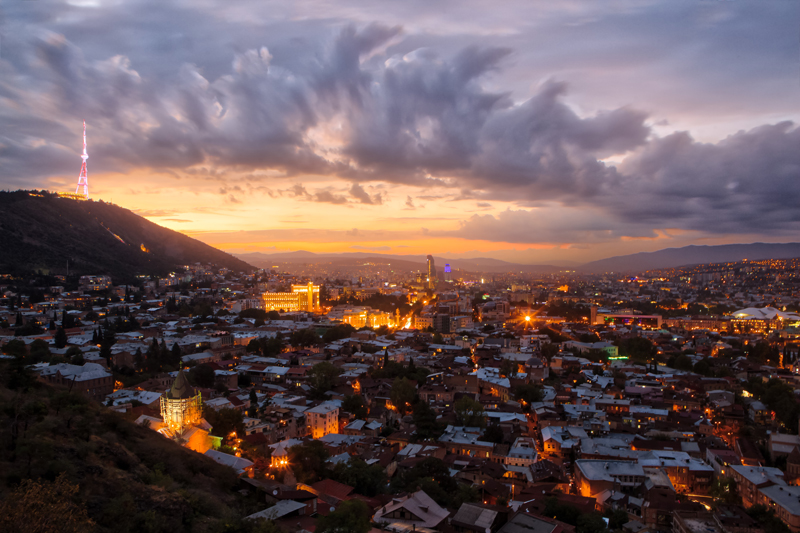 Why visit? Charming is a word that often pops up when describing Georgia’s capital – think cobbled streets, pastel-coloured houses and tree-lined avenues. This place is getting a serious reputation as a foodie destination, and the best way to discover it is by booking yourself on one of the many food tours on offer – don’t leave without trying khachapuri, the cheesy national delicacy. 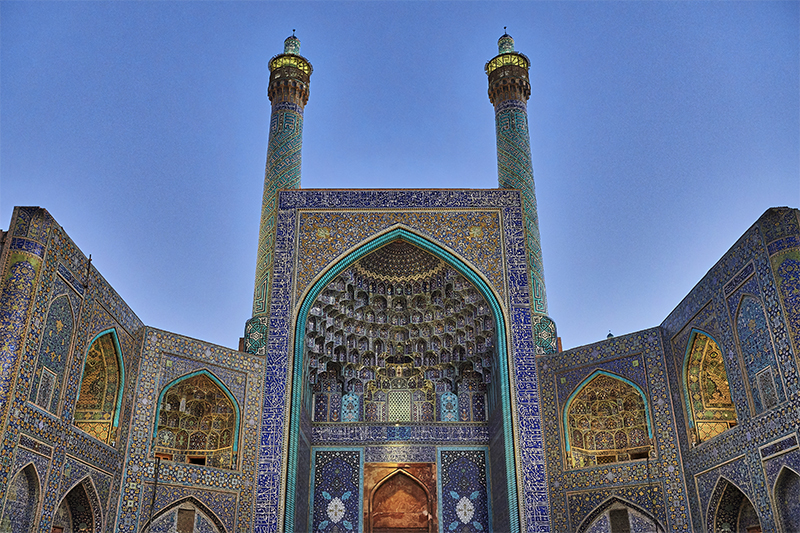 Why visit? If your Instagram feed has been looking a little drab recently, Esfahan’s pretty blue-tiled buildings and Persian gardens are sure to liven things up. The city is a treasure trove of mosques, including the Imam Mosque, which is considered one of the most beautiful mosques in Iran. 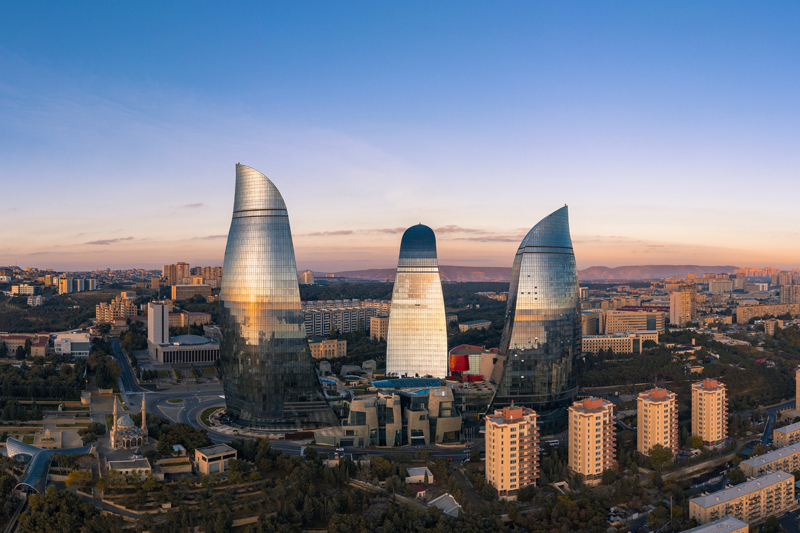 Why visit? Azerbaijan’s eccentric capital was once described by Lonely Planet as the “architectural love child” of Paris and Dubai. As well as its outlandish modern creations, you’ll find ancient wonders in Baku’s Old City, which is a UNESCO World Heritage Site. There are also plenty of quirky museums to get lost in, like the Museum of Miniature Books, and the Carpet Museum. 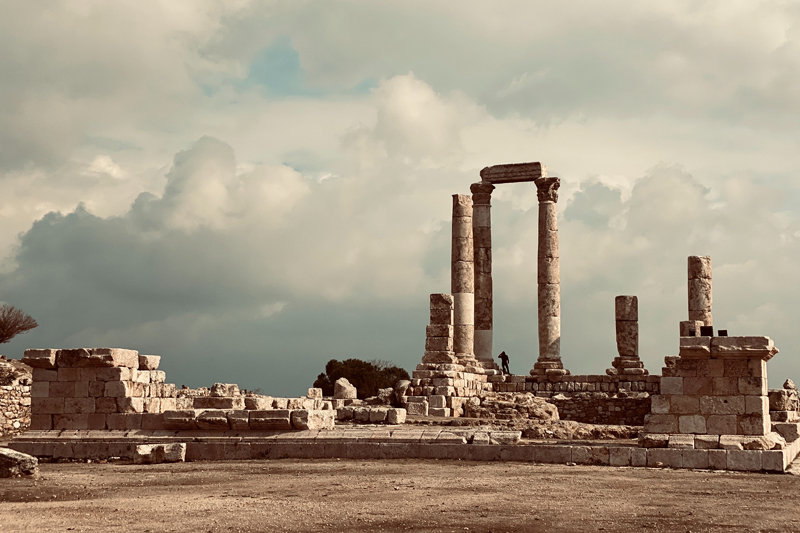 Why visit? Jordan might be best known for its ancient city of Petra, but you’ll find plenty to keep you entertained in the thriving capital. Rainbow Street is a popular hangout, with lots of great cafes, restaurants and shops. Or for more historical vibes, you can check out the striking Roman Theatre, which dates back to the second century. 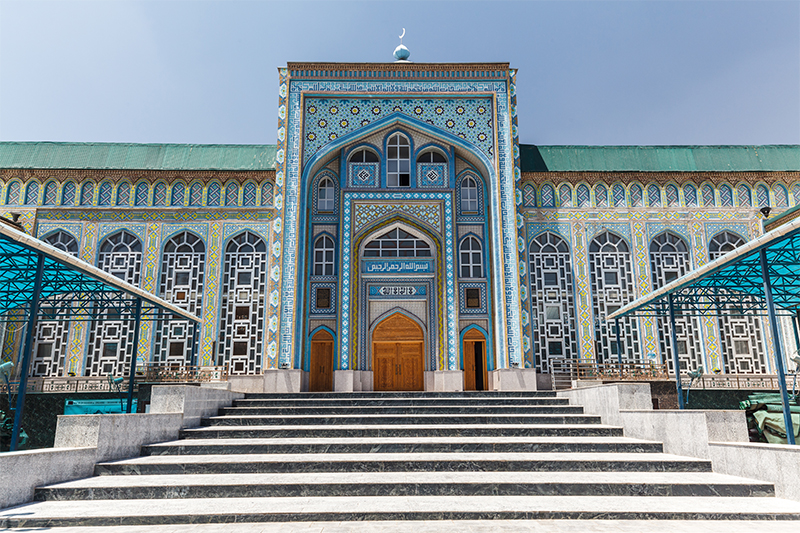 Why visit? Tajikistan is one of the smallest countries in Central Asia, but there’s still plenty to see and do. The capital boasts its fair share of parks, museums, and landmarks, including the world’s second-tallest flagpole. You can spend a couple of hours working on your haggling skills at Korvon Bazaar, or catch a game of the rather grim national sport, buzkashi – also known as “dead goat polo”. 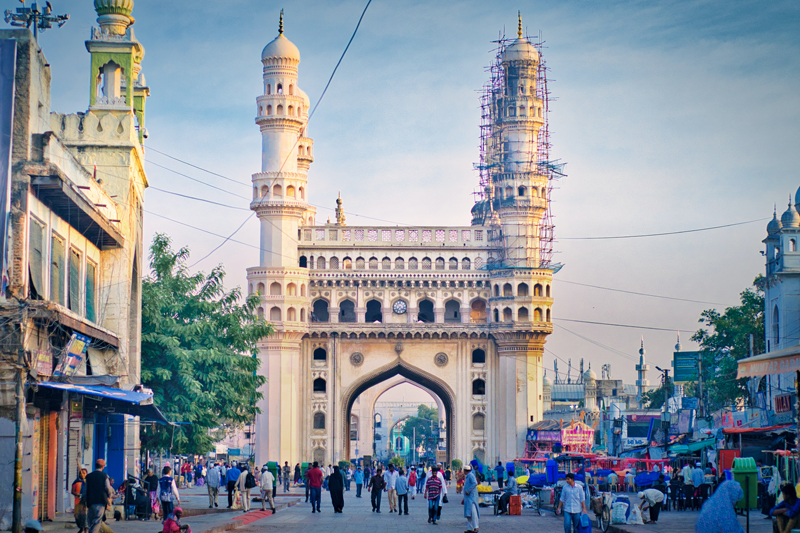 Why visit? In recent times Hyderabad has emerged as a major tech hub, but tourists have long been charmed by its Old City, a walled city built in 1591. Hyderabad is also a great place to shop for jewels, and has earned itself the lovely nickname “City of Pearls”. Pick up some bling at the popular Laad Baazar market. 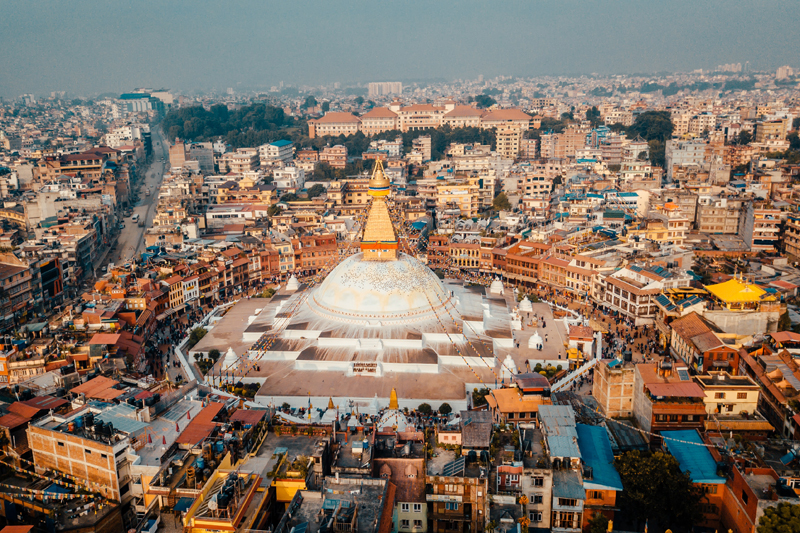 Why visit? Often described as a sensory overload, Kathmandu is Nepal’s largest and capital city. A city with many draws for outdoorsy types and backpackers, there’s more to Kathmandu than what you’ll find at face value. A short stroll through the city’s backstreets presents plenty of cultural and artistic heritage, from hidden temples to pretty squares and bustling markets. 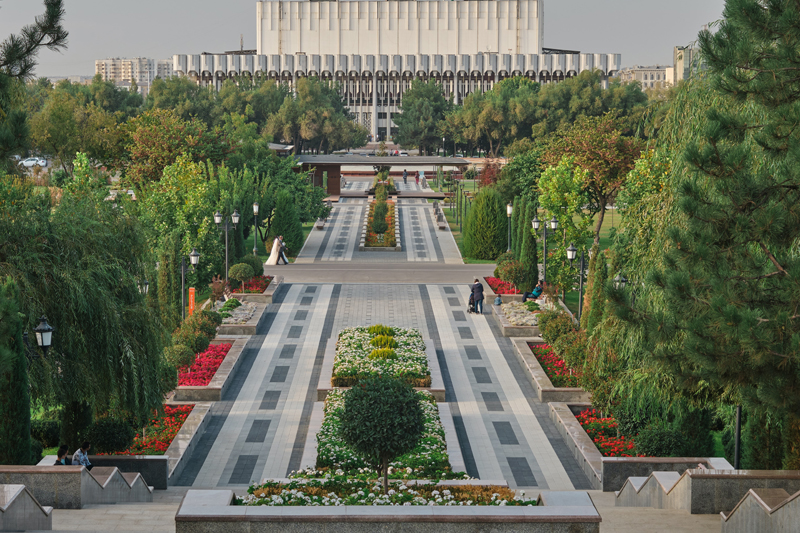 Why visit? This marvellous city embodies the modern elegance of many other capitals of the world yet also has its own unique flavour. It tastefully combines medieval buildings with elegant European architecture and sparkling high-rise commercial buildings made of glass and concrete. You can spend hours just walking around the place, sure to be mesmerized by all the sights. 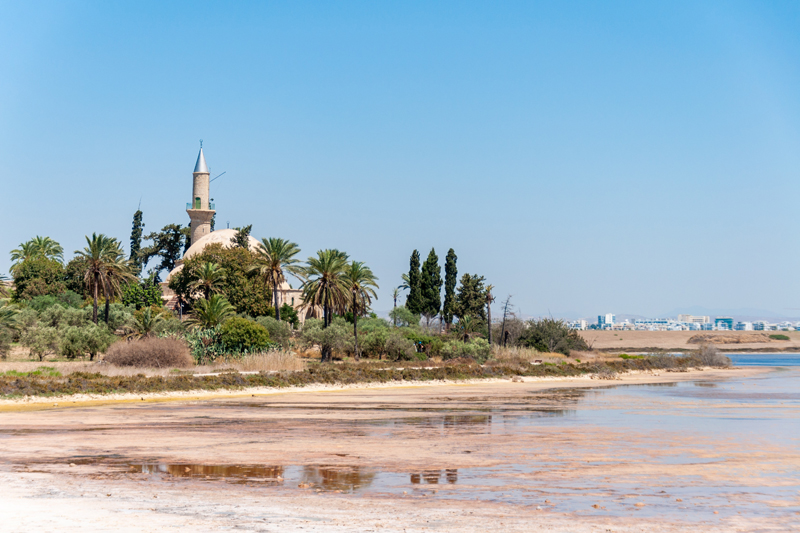 Why visit? Ok, we hope you’ll forgive us the extra 15 minutes of travel time, because this destination is too good to leave off the list. The island is split into Turkish and Greek halves, which means you can dip into two separate cultures in the one trip. If you’re into diving, in Larnaca be sure to check out the Zenobia shipwreck – it’s said to be one of the best dive sites in the world.

Travel
EDITOR’S PICKS
Here's the full list of UAE public holidays in 2023
READ MORE
23 incredible things to look forward to in the UAE in 2023
READ MORE
Hidden gems: 10 UAE desert pop-ups to discover this winter
READ MORE
Where to travel in 2023: 10 new flight routes from the UAE
READ MORE
MOST POPULAR
26 of Dubai's best beachfront restaurants
8 wonderful things to do in Dubai this week: Feb 6 to 9
Where to go to get your Al Baik fix in the UAE
Reset and recharge with a relaxing staycation at this stunning Dubai hotel
The most expensive apartment in Dubai just sold for Dhs410 million
YOU SHOULD CHECK OUT
Our website uses cookies and other similar technologies to improve our site and your online experience. By continuing to use our website you consent to cookies being used. Read our privacy policy here.