What’s On has details of the  National Theatre and MET Opera screenings this month at Courtyard Playhouse Al Quoz.

If, as he once previously claimed, “You are the plays you write,” it’s safe to assume Tom Stoppard is a man who thinks a lot. For his latest work, The Hard Problem, directed by the equally acclaimed Nicolas Hytner and screening at Dubai’s Courtyard Playhouse this month, most certainly does not shy away from life’s tough questions.

Described by one reviewer as “100 minutes of brilliant brainache” following its debut at London’s National Theatre, the play is an intellectual probe into the mysteries of consciousness and an examination, in turn, of modern attitudes to the world around us, from the scourge of materialism to the ethical dilemmas of hedge funders.

Set in the world of evolutionary biological research, the production follows young researcher Hilary as she contemplates the difficult query of the title – essentially, what is consciousness, and will the day come when computers and MRI scanners will have the capacity to read it?

It’s typically academic subject matter from Stoppard, the writer of lauded works including Rosencrantz And Guildenstern Are Dead, Arcadia, and Shakespeare In Love. However, the title here, The Hard Problem, is actually a joke, referring to the writer’s block the 77-year-old faced when trying to put the ideas down on paper. “I’ve been failing to write this play for years, just not doing it,” he said. “Thinking about it. And the deadline is now.”
June 11 and 12
The Courtyard Playhouse, Al Quoz, Street 4b, Dubai, 8pm, Dhs100. Tel: (055) 9673927. Taxi: Next to Lime Tree Café. courtyardplayhouse.com 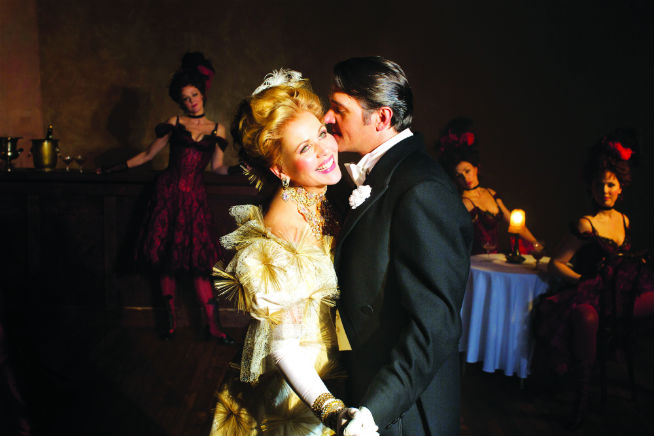 
It reads like a fashionista’s dream. Set in Paris, with a climax at the legendary restaurant Maxim’s, Lehar’s comic operetta The Merry Widow is one of stage’s most stylish productions. Throw in an art-nouveau setting and costumes by acclaimed designer William Ivey Long, and the MET Opera’s latest show promises to be as much a feast for the eyes as the ears when it screens at The Courtyard Playhouse.

Starring Renee Fleming, a MET stalwart with more than 230 gigs under her belt, the show features a new staging by Tony Award-winning Broadway director and choreographer Susan Stroman.

Fleming plays the title role, a rich widow whose countrymen plot to keep her and her riches in their country to save themselves from bankruptcy. It has drawn huge crowds since opening in New York in December.

Culture
News
Theatre
Things to do
EDITOR’S PICKS
UAE holiday dates announced for Eid Al Adha
READ MORE
Emirates extends suspension of flights from India to UAE again
READ MORE
Coming soon: Everything we know about Ain Dubai so far
READ MORE
Khorfakkan set to open new tourist attraction 580 metres above sea level
READ MORE
MOST POPULAR
It's Dhs350 to brunch, stay and play at the What's On Lock In this weekend
UAE weather: Temps of over 50ºC recorded in the shade yesterday
Get a free Expo 2020 day pass when you fly with Emirates
A popular fairy-tale is gracing the stage at The Theatre at Mall of the Emirates in August
UAE petrol prices will increase again in August 2021
Exclusive interview: John Cena on his role as a 'douchey Captain America'
YOU SHOULD CHECK OUT
Our website uses cookies and other similar technologies to improve our site and your online experience. By continuing to use our website you consent to cookies being used. Read our privacy policy here.