What’s On has a round up of restaurants in the capital that are serving up classic American fare, including Hwy 55, Market Kitchen and BOA.

This stateside burger outlet first opened its doors in a mall in North Carolina in 1991, and there are now more than 100 branches in the US, and most importantly, there’s one right here in Abu Dhabi. Hwy 55 has a classic diner feel to it. You’ll see touches of the American South in a menu that features dishes such a pimento grilled cheese on Texas toast, in addition to their burgers and hotdogs. The burgers are served in cute, cardboard boxes shaped like classic cars, such as the 1958 Ford Edsel Pacer.

You really must try: the shrimp burger

This place is a bit of an institution in Abu Dhabi and it’s still one of the coolest sports bar in town to visit if you like your grub fried, and your portions huge. The widescreen TVs at the bar plus the racing car-style seating also scream Americana, as do dishes such as barbecue buffalo wings and Cajun style striploin steak.

You really must try: the pecan pie with vanilla ice cream

The original Joint in New York comes with a bit of history. It opened in 2002 to little fanfare, with an entrance hidden behind a big red curtain and a small neon sign. But the burgers were good enough that word got around, and it became one of the places the Big Apple’s hip crowd frequented. The menu is pretty similar today to when it opened, and last year it launched in Abu Dhabi – its red curtain this time hiding its patties in Nation Towers. It serves good burgers, fries, milkshakes, brownies, and not much else.

You really must try: the simple, classic cheeseburger 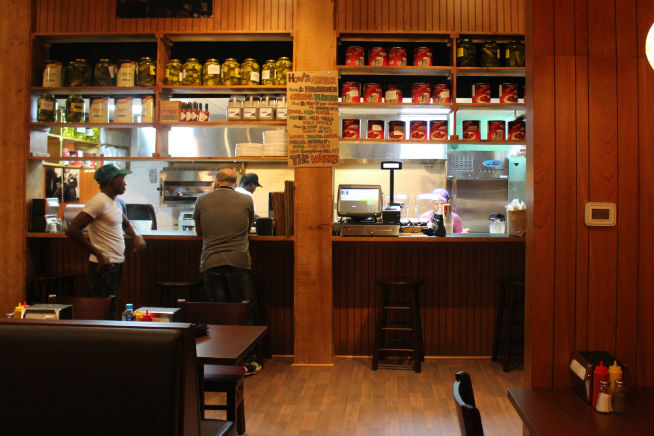 A jukebox, big milkshakes, counter stools and booths – Fly Hotdog is the perfect replica of an American diner. Elvis gives his name to a king-sized burger with enough meat and toppings to satisfy even the hungriest appetite and it easily ranks among the best in the city. The signature hotdogs are also very good – you can go traditional and sauce-slathered, or for the messier Chili Fly Hotdog. But be warned – these dogs are not snack sized. A second branch is set to open in Mohammed Bin Zayed City.

You really must try: The chili-cheese fries

No one knows how to do American diners better than Americans, and this chain (there are more than 300 branches in the US) serves good milkshakes, excellent fries and decent burgers. But beware the all-singing, all-dancing staff renditions of cheesy disco hits. Johnny’s reach is growing in the UAE – there are now branches in Deerfields Mall, Al Markaziyah near Khalifa Street and at the Eastern Mangroves Promenade.

You really must try: the malted shakes that come in a big silver cup

Head to Saadiyat Island for American food done with a touch of elegance. This is an upmarket experience, with the surf and turf, Maine Lobster Roll and truffled fish and chips particularly desirable menu highlights.

You really must try: the kobe beef sliders

French celebrity chef Jean-Georges Vongerichten is the inspiration behind this outlet but the menu and décor more than nods towards North America – think southern-style cooking, plus rustic influences in the decoration, such as pots and pans lining walls and a huge tree sitting slap bang in the middle of the outlet.

You really must try: the ahi tuna burger

This American import has become one of the most talked about restaurants in Abu Dhabi since it opened around the summer of 2014. Its Abu Dhabi branch is the third (you’ll find the other two in West Hollywood and Santa Monica in California), and the menu is certainly bold, combining American classics such as Boston Lobster with local flavours such as the goat’s cheese baklava.

You really must try: the braised wagyu short ribs 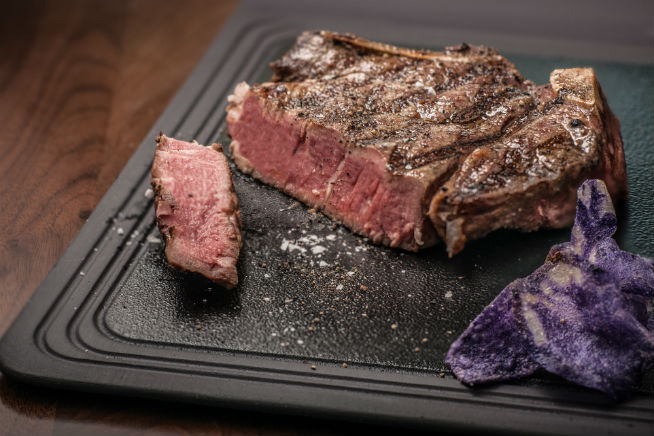 If you love your Americana, you’ve got plenty more restaurants to look forward to in the future. U-Turn is a diner opening near Jones The Grocer in Al Muroor later this year, and seafood lovers will want to try the crab sliders at The Shack, which is also scheduled to open soon. Finally, Guy Fieri, star of Food Network’s hit television show Diners, Drive-Ins And Dives, recently announced he is opening a restaurant in Abu Dhabi, although no date has been given yet.

Eat & Drink
News
Things to do
EDITOR’S PICKS
9 royal-approved Dubai restaurants
READ MORE
12 incredible rooftop pools in Dubai to check out
READ MORE
16 of the best beach bars in Dubai for sundowners
READ MORE
Covid-19 rules in Dubai: all the updates you need to be aware of
READ MORE
MOST POPULAR
Join us for a preview of Fairmont Bab Al Bahr's Valentine's dine around
3 of the hottest debut authors at the Emirates LitFest 2021
The day of love is taking centre stage at W Dubai – The Palm
New films to watch in cinemas this week: Jan 28 to Feb 3
9 things to look forward to in Dubai this February
Glamp in style from Dhs249 at Longbeach Campground
YOU SHOULD CHECK OUT
Our website uses cookies and other similar technologies to improve our site and your online experience. By continuing to use our website you consent to cookies being used. Read our privacy policy here.