16 top things to do in Dubai this weekend

Hang tight! The weekend is almost here, and best of all there are loads of events and activities to keep you entertained. Here are our top picks…

The ‘90s gave us some questionable musical outfits (remember Right Said Fred?), but one band that has stood the test of time is Texas. Frontwoman Sharleen Spiteri’s songs still sound as laidback, soul-filled and catchy as they did 20 years ago. It was 1989 when the Scottish rockers burst on to the scene on the UK’s Top Of The Pops, with a denim-clad Sharleen blasting out the lyrics to I Don’t Want A Lover. Through the late ’90s and early 2000s, they were a constant presence on the airwaves thanks to songs like Summer Son and Inner Smile, and a quarter of a century later, the band has sold more than 38 million records and is celebrating their silver anniversary with a new album: Texas 25. So what’s the key to the band’s success? “Always looking forward,” explains Sharleen. “Over the last 25 years, since the release of Southside, we’ve been successful because we’re always looking ahead rather than looking at what we’ve achieved.”

2. Put ’em up and meet Pacquaio

Ten time world champion boxer and Filipino legend Manny Pacquaio will drop into the new extension at Mall Of The Emirates just after 6pm today to cut the ribbon on the Go Sport store – so if you’re a mega fan, head down there to catch a glimpse of Pac-Man, or keep an eye on GO Sports’ social media channels for the chance to win a meet and greet. 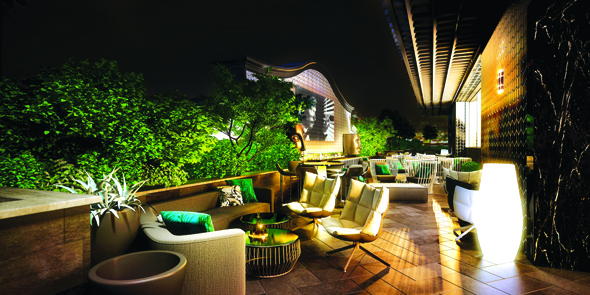 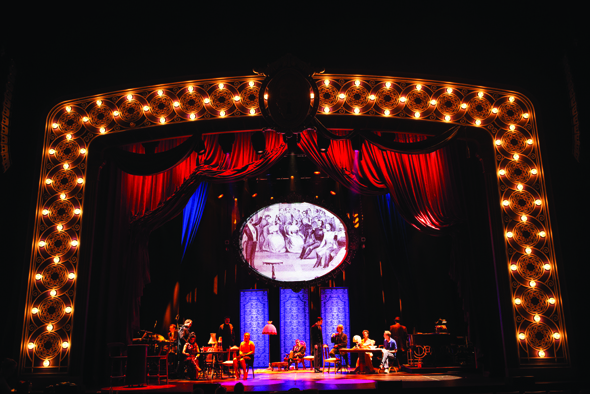 Those of you who grew up watching the likes of Paul Daniels and his “lovely assistant” Debbie McGee or David Copperfield perform tricks are about to have your every preconception challenged by The Illusionists 1903.

The troupe of tricksters is returning to Dubai after a sell-out tour in the UAE last year – this time with a new cast, new tricks, and new wow factor thanks to intense pyrotechnics, a heart-stomping soundtrack, and a truckload of impossible-looking acts.

Eight highly skilled performers, each with their own specific area of expertise, will have audiences scratching their heads at this new vaudeville-themed show. Get ready to get up close and frighteningly personal with The Alchemist, The Eccentric, The Showman, The Escapist, The Clairvoyants, The Conjuress and The Charlatan. The Illusionists 1903 promises to transport audiences back to a time when conjurers were the real rock stars. Abracadabra indeed. 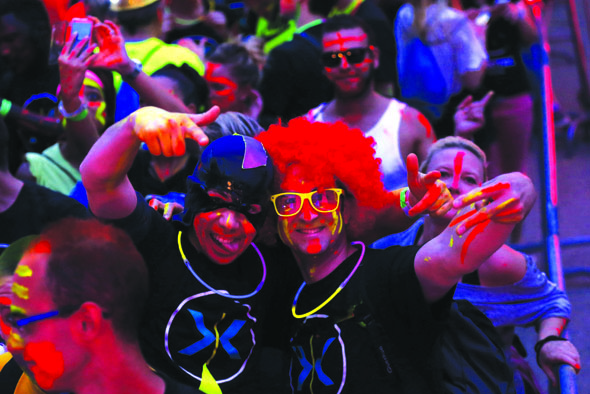 Not only is this year’s Electric Run – a 5km night race featuring neon paint, light installations and street art – the first of its kind in the UAE, Dubai’s running community will be joined by former Olympic gold medallist Dame Kelly Holmes. Don’t miss this chance to pound the pavement with a legend.

Meydan Racecourse, tickets cost Dhs195 and you can purchase them here.

6. Flex at the festival of fitness

Encouraging people of all ages to get fit and healthy is the name of the game at the inaugural Etisalat Fitness Fest this month. The three-day event at Dubai Autodrome will see fitness experts and celebrities – including Camille Leblanc-Bazinet, the Canadian professional CrossFitter labeled 2014’s Fittest Woman On Earth – dishing out tips, leading classes and demonstrating gymnastic, martial arts and boxing skills. You will also be able to participate in a range of challenging fitness contests such as the UAE’s fastest man and fastest woman competition, the Ultimate Fit Youth Games, a cycle challenge, and the Fit Republik Fitness Challenge. 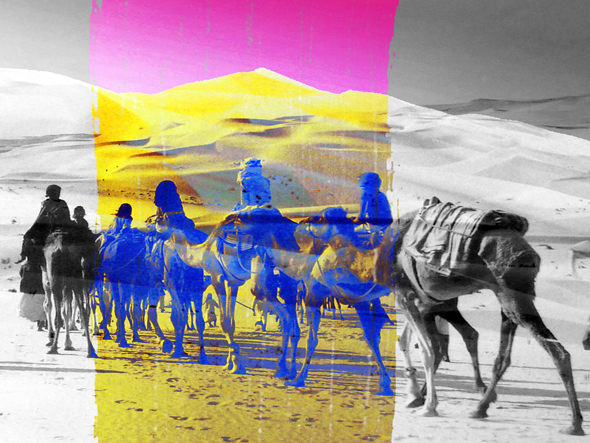 The Gallery at Movenpick Hotel and Apartments Bur Dubai has shown Austrian artist Gerald Huber’s work twice since The Gallery opened its doors, and he returns to Dubai for yet another solo show. Known for blending two different impressions together to create a striking and unique effect, The Spirit of Arabia, look-twice by Gerald Huber contains artistic works of Arabian culture with some local architects based in the UAE. 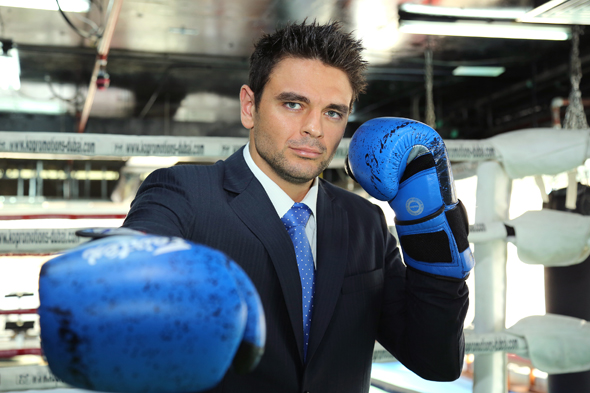 The JW Marriott Marquis Dubai is transformed into a flamboyant Vegas boxing night, complete with ring girls, commentary, entertainment and DJs as two teams go head to head in a battle of the strongest and fittest over eight bouts of boxing in a white collar-style boxing event. Guests will be greeted by a drinks reception and enjoy a three course black tie dinner, before the main entertainment begins.

JW Marriott Marquis Dubai, table bookings vary between Dh10,000 to Dhs15,000 for a table of ten. You can buy your tickets here.

We’re loving The Other Side’s intimate live music nights, and this Friday is set to be a boomer with Hollie Cook performing. The British singer and keyboardist’s ‘tropical pop’ is riddled with steel drums and a fresh take on reggae riffs (and there’s even the occasional Bollywood homage). We’ll be the ones on the dance floor attempting the dolphin. 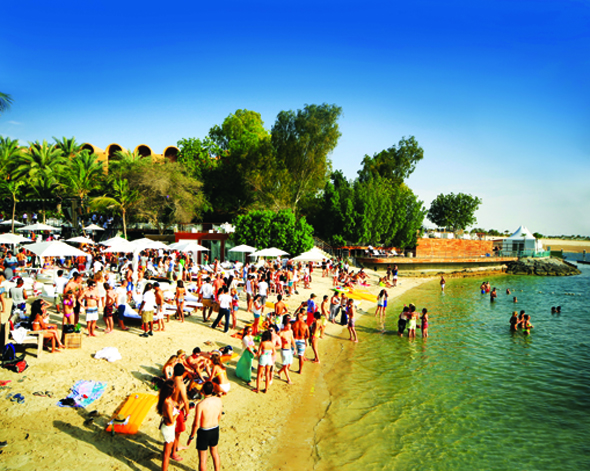 Sport mightn’t be the first thing that springs to mind when you think of Blue Marlin, but the party hotspot wants you to limber up for a Volleyball Beach Brunch. Teams of four to five can enter to battle it out, Top Gun-style, for prizes. If you’d prefer to sit on the sidelines eating sushi, that’s allowed too.

11. Embrace the lazy lunch at Coya 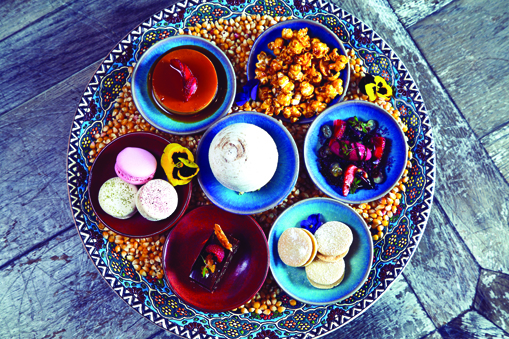 It’s one of our favourite newcomers on Dubai’s restaurant scene, so we were chuffed to hear about Coya’s new Chilli Lunch menu. For Dhs282, diners get a selection of savoury fritos, followed by a live guacamole demonstration. Main courses on offer include the Arroz Nikkei, a sea bass and rice dish that earned itself a coveted spot on What’s On’s 50 Best Eats of 2015, and for dessert there’s a tasting platter of five Coya favourites. Water, tea and coffee are included, all other beverages cost extra.

12. Hear Verdi, Bizet and Puccini classics at the One & Only

The most cultured among us can be flummoxed by the elite world of the opera. But everybody knows that Italy and opera go hand in hand, so this month’s Italian Opera Gala should be a good place to learn more.

Part of the World Classical Music Series, the night will be crammed with stellar performances from world-class opera singers, including soprano (that’s the high one) Susanna Branchini, mezzo-soprano Renata Lamanda and tenor Massimiliano Pisapia.

13. Get your skank on at the Reggae BeachFest

It’s being billed as The Greatest Reggae Show In Dubai. Over 13 hours and three stages, Reggae BeachFest includes three incredible live performances and a host of DJs. On the stage you’ll find Grammy nominated Jamaican reggae fusion artist Wayne Wonder, reggae/dancehall artists Jr Reid (One Blood) and soca/dancehall singer Rupee. Rasta Rocket, Kriss Darlin, DJ Justin and the Reggae Beachfest All Stars are all on duty behind the decks.

14. Swim and run at the sharbatly fruit aquathlon 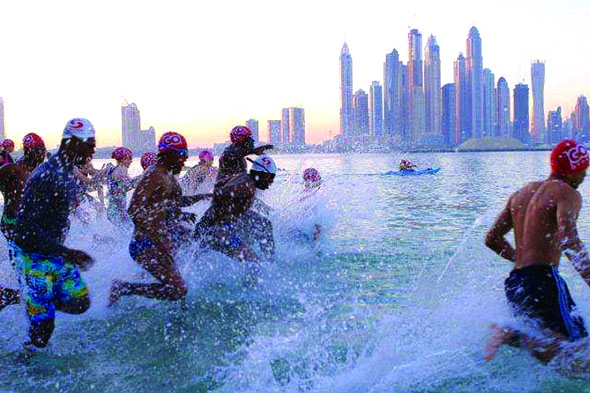 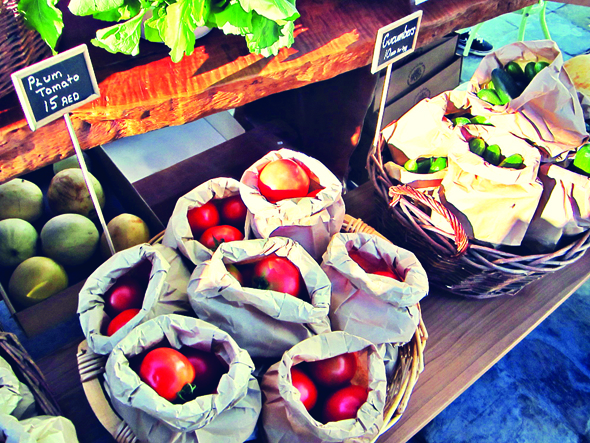 And finally Ripe farmers market is back. We can’t wait to go back to browsing fresh produce in Zabeel Park every Friday. You can also check out some of the city’s most popular artisan stalls while tucking into some tasty food. Head straight to Kaak Al Manara, one of our 50 reasons to love Dubai, for a hot cheese and ham toastie with a twist.

Gate 2, Zabeel Park, 9am to 3pm. For more information, check out their facebook page. 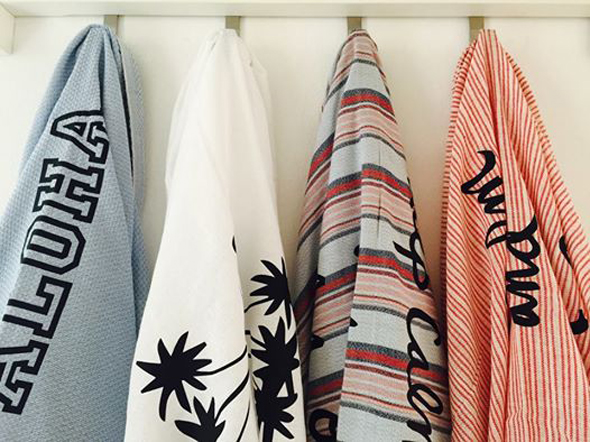 Go to The Mine Gallery today and you’ll find a local line up of musicians, food trucks, designers, artists and more. Fathima Mohiuddin will bring some street art to the walls, while on the shopping front there will be Yama Clothing, Made by Native, Rosa Maria Jewellery, Peshmare (pictured) and more. We’re aiming to get some early (and quirky) Christmas shopping nobbled.

News
Things to do
EDITOR’S PICKS
Ain Dubai will open with fireworks, live music and a drone show
READ MORE
Incredible Aura SkyPool to open in Palm Tower this November
READ MORE
Brit Grand Slam hero Emma Raducanu confirmed for Mubadala Tennis
READ MORE
What’s On Nightlife Awards 2021: Here are the nominees...
READ MORE
MOST POPULAR
13 of the best places for glamping in the UAE
Emma Raducanu sends a message to her UAE fans
Parisian celebrity hotspot Caviar Kaspia has opened in Dubai
Here's what you'll be eating at SushiSamba when it opens in November
Chic Mediterranean beach bar Ula is now open on the Palm Jumeirah
YOU SHOULD CHECK OUT
Our website uses cookies and other similar technologies to improve our site and your online experience. By continuing to use our website you consent to cookies being used. Read our privacy policy here.