When will we all be flying around with jetpacks?

This week, Hype‘s Grumpy Old Raver lays out why jetpacks are a need not a want for us Dubai residents…

Way back when a bespectacled Clark Kent character first appeared on the big screen as Superman, kids everywhere dreamed of being able to fly. That movie sparked an unhealthy obsession in my older brother and I to launch ourselves off every available wall around our housing estate with our make-do capes – usually mum’s tea towels – flapping behind us for the nano second it took for us to thump to the ground.

Since Icarus and his waxed wings were immortalised in ancient Greek mythology, human flight has continued to capture imaginations with research conducted and prototypes built to varying degrees of success and failure.

But now human flight might soon be in reach of the every man. My heart skipped a beat when I read recently that Dubai’s firefighters could soon be equipped with jetpacks after Dubai Civil Defence put in an order for 20 twin-engine machines – as if firefighters aren’t the coolest of the emergency services already.

A chap called Glenn Martin from New Zealand has worked on his jetpack concept for over 34 years – no doubt whistling Elton John’s Rocket Man all the while. 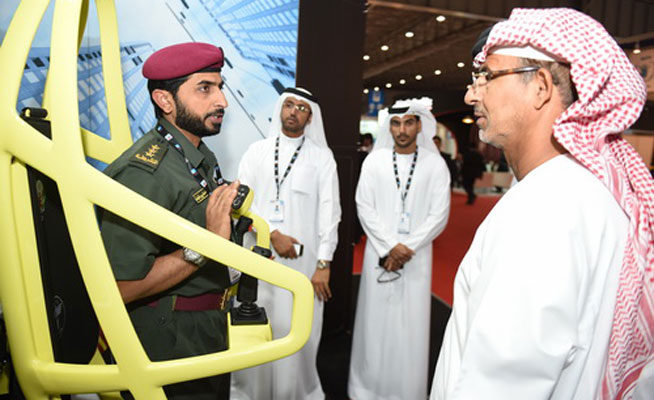 While the Dubai Fire Service will put the strap-on-your-back creations to good use when tackling fires in the Emirate’s highrises, and that’s all very commendable – what would you do with one for fun?

You may have plenty of time to think about that because reports suggest that these jetpacks will set you back about Dhs128,000 at the moment. But look at how other technology has developed over the years. Remember when mobile phones were the size of a brick and terribly expensive? Yet now you can pick a cheap one up for a few bob and it slip it into your back pocket. (Also, did any of us think this would be a possibility a few years ago?)

Hopefully I’ll live long enough to see jetpacks become the size of a slim belt retailing on the high street for Dhs128. Sure, I’ll probably be seriously knocking on by then but the thought of jetpacking it down to the pensioners’ club makes old age something to look forward to.

Then again, it might be worth searching down the back of the sofa to see if there’s Dhs128,000 in coins lurking there – note: that would silence a lot of grumpy shop assistants – because I could do with a jetpack for practical reasons right now.

How many times have you wished that a helicopter would come along and winch you out of a tricky or awkward situation (usually of your own making)? Pffft. Helicopters are so last year – imagine just jetting up, up and away. No longer would we need to stand for an eternity miserably failing to get a cab during the drivers’ switch over, panicking that you’re going to be late for your next meeting. A jetpack would see to that.
If you’re my size, it’d even come in handy for reaching the top shelf in the kitchen cupboard.

And it would surely be worth forking out that kind of cash to avoid the rush hour traffic on Sheikh Zayed Road. To not arrive at the office with simmering road rage would surely make my mornings more calm and productive. In fact, I could arrive in the office even earlier as there’d be no need to blow-dry my hair every morning; it would dry en route.

Right, that’s it – a jetpack isn’t a luxury, it’s a necessity. Wonder if I can convince the boss that a company jetpack would be a sound investment.

News
Nightlife
EDITOR’S PICKS
13 Sheikh Hamdan-approved restaurants in Dubai
READ MORE
Dubai brunches temporarily banned in new preventative measures
READ MORE
12 upcoming Dubai mega-projects we can't wait for
READ MORE
17 of the best beach bars in Dubai for sundowners
READ MORE
MOST POPULAR
Wizz Air to launch Abu Dhabi to Tel Aviv flights from Dhs99
8 places to catch the Indian Premier League in Dubai
Emirates flight tickets can now be rebooked within 36 months
What’s On The Bookshelf: 3 feel-good fictions you have to read
Review: Hickory's Friday brunch at Yas Links Golf Club
YOU SHOULD CHECK OUT
Our website uses cookies and other similar technologies to improve our site and your online experience. By continuing to use our website you consent to cookies being used. Read our privacy policy here.