Now in its sixth year, Dubai Sports World has just reopened and it will serve as the emirate’s largest indoor sports venue over summer, spanning 25,000 square metres. With a free gym and running track and plenty of other facilities, it’s perfect for those of us looking to escape the summer heat and work out in a temporary, air-conditioned space.

From June 5 to August 27, Dubai Sports World will be open down at the Sheikh Saeed Halls in Dubai World Trade Centre, offering up fields, spaces and pitches for football, basketball, cricket, running, rugby, badminton, tennis, volleyball and ping pong. 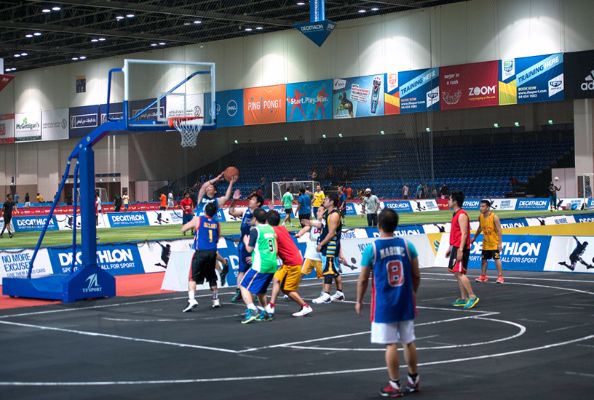 Aside from regular sports, Dubai Sports World will also offer a free-of-charge gym filled with professional machines and equipment, alongside zumba, pilates, yoga and circuit training programmes, all managed by Fitness 360 (the schedule for those classes hasn’t yet been announced). The badminton courts are also free of charge, as is the running track.

On top of all the sports and fitness facilities, Dubai Sports Worlds offer up a range of summer camps, including a football academy, basketball academy, cricket academy, tennis academy and even Dubai Pro Wrestling academy. 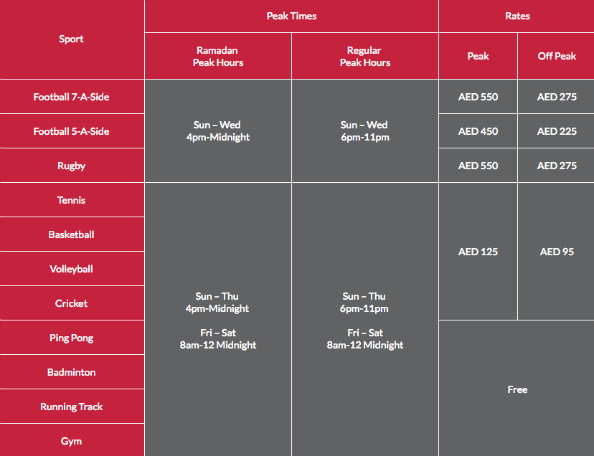 Over the course of the summer, Dubai Sports World will be hosting a range of events, including a number of football tournaments and basketball leagues.

Some of the bigger ones to look out for are:

More information on the individual events can be found on dubaisportsworld.ae. 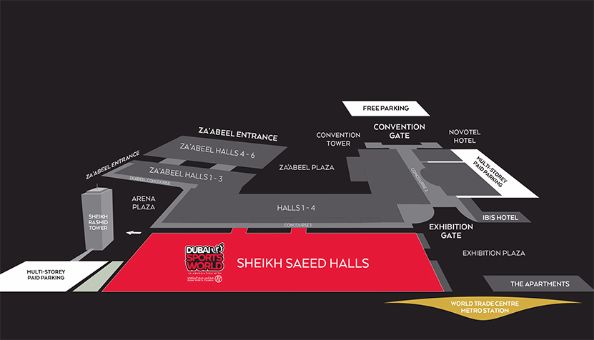 Paid and free parking is available – the multi-storey, covered car park behind Sheikh Rashid Hall is connected to the venue and has 1,385 paid parking spaces. There are also several free outdoor parking areas within walking distance.

Inside the venue you’ll find Zoom Coffee Shop and Mini-Mart, with Dubai Sports World being within walking distance of McGettigan’s Pub, Burger Fuel, Sushi Counter, Circle Cafe, Pizza Express and more. So you’ve got the choice of going for food beforehand and burning off the calories afterwards, or going for a workout first and then heading off for a 12-inch pizza.

Indoor
News
Sport & Fitness
EDITOR’S PICKS
What’s On Nightlife Awards 2021: Here are the nominees...
READ MORE
It's back! What's On Lock In returns to Media One Hotel
READ MORE
Arts and culture: 5 spots we can't wait to visit at Expo 2020 Dubai
READ MORE
UAE petrol prices are set to decrease in September 2021
READ MORE
MOST POPULAR
Pics of the week: Your best photos of the UAE
How to use Playkey.me, the region's first supercharged cloud gaming service
The Mai Dubai half marathon is back in October
Exhibitions, workshops and more to experience at Sharjah Art Foundation
New Irish pub McCafferty's opens second venue in Dubai
YOU SHOULD CHECK OUT
Our website uses cookies and other similar technologies to improve our site and your online experience. By continuing to use our website you consent to cookies being used. Read our privacy policy here.