Hold on to your sunhats - Dubai's been feeling like 64C...

It was only a couple of weeks ago that the mercury nudged 50 degrees Celsius in Dubai. Horrible, right?

But now that sounds like paradise compared to what’s coming this week.

Temperatures across the UAE will peak at around 45C over the next few days, but the soaring humidity will make it feel as if it’s, wait for it… a whopping 64 degrees.

Humidity will reach around 90 per cent according to the National Centre for Meteorology and Seismology, and winds of up to 20 kilometres per hour won’t help matters.

“The relative humidity is likely to increase during night and early morning over some coastal areas and mist may form, especially westwards,” the forecaster predicted for Tuesday around the UAE.

Temperatures in both Abu Dhabi and Dubai are set to settle between 26C and 45C throughout the day.

It’s the internal areas of the UAE that will record the highest actual temperatures, with a maximum expected of around 48C.

Humidity in Dubai is set to reach 88 per cent, while Sharjah will peak at around 92 per cent (yikes) over the next 24 hours.

The weekend will also see temperatures of up to 41C in Dubai, with high humidity meaning it will still feel around 50C.

HOW TO STAY HEALTHY IN THE HEAT 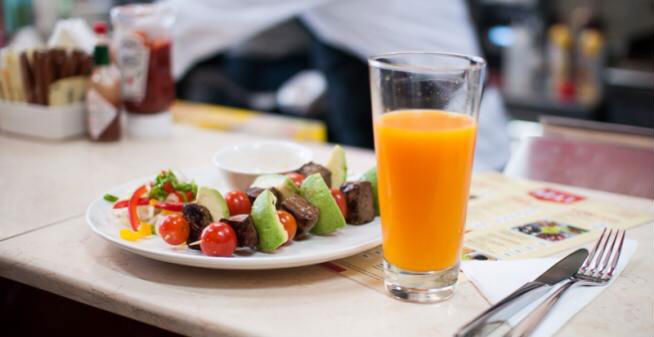 Eat and drink your way through the heat with tips from Victoria Tipper of the Dubai Herbal Treatment Centre.

• Some fruit and vegetables can rehydrate the body even more than water. Their combination of minerals, natural sugars and water content act as a whole package. High water fruits include watermelon, papaya, strawberries and grapefruit. Hydrating vegetables are celery, cucumber, iceberg lettuce and tomatoes.

• Broth-based soups are a great way to rehydrate, and cold homemade soups are particularly cooling, such as gazpacho or cucumber.

• Water is important, but too much water can be dangerous as it can cause electrolyte depletion.

• Boost electrolytes through your diet by eating Greek yoghurt, sardines, pumpkin seeds, kale and spinach. Adding a little sea salt to food will also help replace electrolytes if you have been sweating excessively.

• Avoid drinks containing alcohol and caffeine because they will dehydrate you further.

• Humid weather makes it more difficult for the body to cool down so avoid exercising outdoors.