Here's what the Hyperloop passenger pods will look like

A prototype of the Hyperloop will be unveiled during UAE Innovation Month.

The world is set to get its first glimpse of the Hyperloop in Dubai.

The initial design of the futuristic transport system will be revealed for the first time on Thursday at City Walk, the Dubai Roads and Transport Authority (RTA) has announced.

The exhibit, which will take place in collaboration with Virgin Hyperloop One (the company bringing the Hyperloop to the UAE), coincides with UAE Innovation Month.

Visitors will be able to see the pods that will be capable of shuttling passengers between Dubai and Abu Dhabi in just 12 minutes, at speeds of up to 1200kmh. 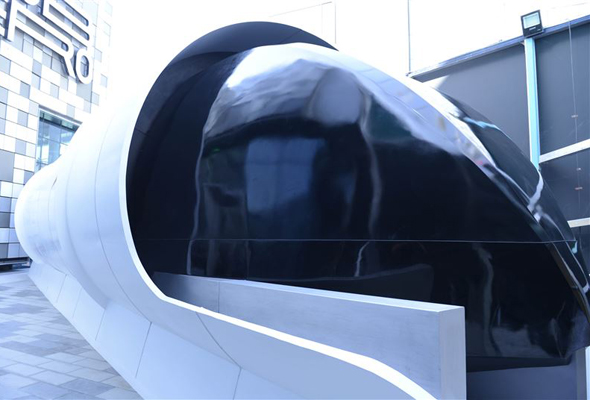 ALSO READ:
The UAE Hyperloop just got one step closer to reality…
Dubai to Abu Dhabi in 12 minutes: It’s happening

Al Tayer also confirmed the routes where the Hyperloop will operate have been identified.

“When introduced in future, the Hyperloop technology will impact town planning and the availability of parking spaces. It will revolutionize people mobility between various destinations in the city, logistical hubs like airports and ports, and shipping patterns,” he said. 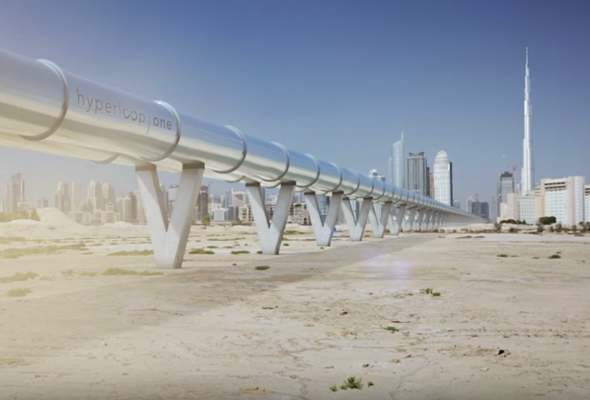 Rob Lloyd, CEO of Virgin Hyperloop One, added: “The UAE and RTA were early supporters of our hyperloop technology, so it is particularly exciting to be unveiling the Dubai Hyperloop pod with the RTA here today.

“Our focus in 2018 would be continuing the close collaboration with RTA to progress to the next phase of the project. Our aim would be to explore the viability of a wider UAE Hyperloop network.”

HYPERLOOP IN THE UAE

In August 2016, Hyperloop One was invited to participate in a Dubai Future Accelerator programme led by HH Sheikh Mohammed bin Rashid Al Maktoum, vice president of the UAE and ruler of Dubai.

In November, it was announced that the company had reached an agreement with the Dubai Roads and Transport Authority to study the feasibility of building a Hyperloop in the UAE.

While an official launch date has not been set, Hyperloop One has previously said they could have an operational system built in the UAE by Expo 2020.

Transport
EDITOR’S PICKS
UAE holiday dates announced for Eid Al Adha
READ MORE
Another update: Emirates extends suspension of flights from India to UAE
READ MORE
Coming soon: Everything we know about Ain Dubai so far
READ MORE
Khorfakkan set to open new tourist attraction 580 metres above sea level
READ MORE
MOST POPULAR
It's Dhs350 to brunch, stay and play at the What's On Lock In this weekend
Barasti revamps its summer tent with stellar daily drinks deals
Enjoy dinner and a show 68 floors high in Dubai
New films to watch in cinemas this week: July 29 to August 4
16 Abu Dhabi pool pass deals that are so hot, they're cool
9 amazing things to do in Abu Dhabi this weekend: July 29 to 31
YOU SHOULD CHECK OUT
Our website uses cookies and other similar technologies to improve our site and your online experience. By continuing to use our website you consent to cookies being used. Read our privacy policy here.