Another Hyperloop route has been announced, this time in Abu Dhabi

The 10km track will start close to the Dubai border

The ultra-high-speed train system known as Hyperloop is being billed and the next big thing in ground transportation. Estimates put it at being capable of shuttling passengers between Dubai and Abu Dhabi in just 12 minutes, at speeds of up to 1200kmh.

Dubai has been at the forefront of seeing this technology realised, having partnered with Virgin Hyperloop One since 2016 with plans to have the groundbreaking transportation system up and running by 2020.

Now it seems that Abu Dhabi is also looking to get in on the action, with developer Aldar Properties announcing an agreement with a different Hyperloop manufacturer, Hyperloop Transportation Technologies, to build an initial 10 kilometre track that will eventually connect the Al Ghadeer residential community located near the Dubai border with rest of Abu Dhabi.

ALSO READ
*The UAE Hyperloop just got one step closer to reality…*
*In pics: Hyperloop prototype unveiled at City Walk*

The route will be constructed in several phases, starting with the initial 10 kilometre track, with the aim of building out a full commercial network across the UAE and beyond.

“This agreement creates the basis for the first commercial Hyperloop system in the world here in the Emirates, with the goal of eventually connecting Abu Dhabi to Al Ain, Dubai, and Riyadh, Saudi Arabia.” said Bibop Gresta, Chairman of HyperloopTT. “With regulatory support, we hope the first section will be operational in time for Expo 2020.” 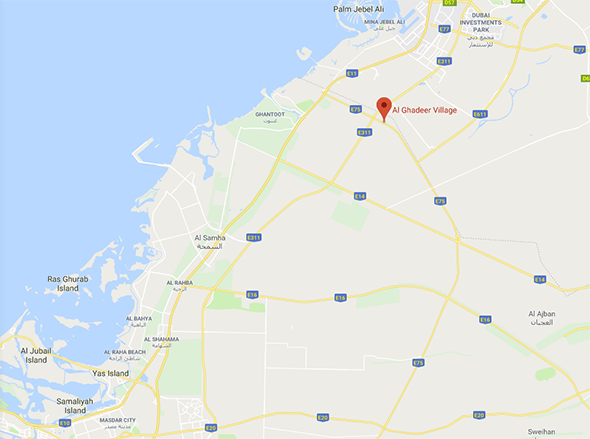 The 10km track will run from Al Ghadeer Village, which should drastically reduce commute times between Dubai and the capital

There are plans to build research and visitors centres, also located at Al Ghadeer, which itself is close to both the Expo 2020 site and Al Maktoum International Airport.

Two different Hyperloops, how can that be?!

The concept of Hyperloop was developed by tech luminary and Tesla/SpaceX founder, Elon Musk. Being too busy with his other companies to take it any further, he gave away the project for free (or “open-sourced” it) allowing others to take his ideas and develop them.

According to Wikipedia there are currently eight companies working on making Hyperloop a reality – with the two actively working in the UAE, Virgin Hyperloop One and Hyperloop Transportation Technologies, being the largest.

Transport
EDITOR’S PICKS
UAE holiday dates announced for Eid Al Adha
READ MORE
Emirates extends suspension of flights from India to UAE again
READ MORE
Coming soon: Everything we know about Ain Dubai so far
READ MORE
Khorfakkan set to open new tourist attraction 580 metres above sea level
READ MORE
MOST POPULAR
Review: It's chilled vibes all the way at Jumeirah Islands Clubhouse
Review: Carna Dubai, a vibrant steakhouse 74-storeys high
Pics of the week: Your best photos of the UAE
New films to watch in cinemas this week: August 5 to 11
Brilliant evening brunches for every day of the week
YOU SHOULD CHECK OUT
Our website uses cookies and other similar technologies to improve our site and your online experience. By continuing to use our website you consent to cookies being used. Read our privacy policy here.