Everything you need to know ahead of Sole DXB this weekend

Footwear, fashion, culture, art and design – welcome to the world of Sole DXB…

Is it a trade fair or a festival? Does it matter? Sole DXB is a celebration of contemporary street culture and beyond any definition it is simply a lot of fun. From film screenings to basketball games, exclusive fashion items and home-grown products, Sole DXB is a magnet for all things cool and cutting edge. And, once the sun goes down, it morphs into one of the biggest street parties of the year with some of the world’s biggest names in hip-hop, R&B and dance music.

Check out our guide to what’s what. 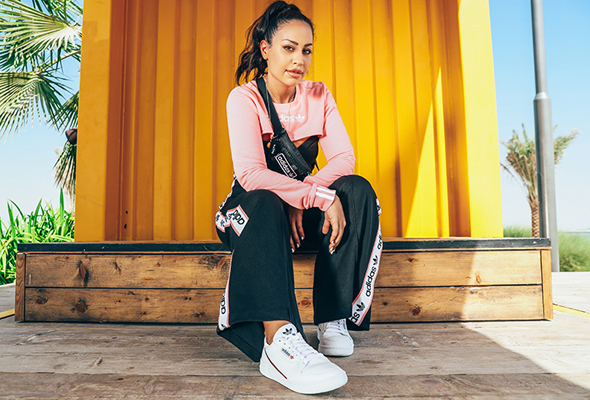 If you know your street wear then you’ll know that big brands often choose Sole to launch new lines. Adidas will be dropping the Yung Series, Never Made, Yeezy and Dragonball Z, and PUMA launches Selena Gomez’s Strong Girl Collection as well as their latest Thunder collaborations with fashion designer Lama Jouni and Istanbul-based streetwear brand Les Benjamins. In addition, there’ll be the launch of the Reebok Classic collection by Pyer Moss. Independent labels are put on a par with the global stalwarts and some local names to watch include 5ivepillars fusing eastern aesthetic to western style and Amongst few, a Dubai-based brand that embraces traditional Emirati simplicity and function with the freshness of street fashion.

Top tip: head down to the Sneaker Swap, where people have the opportunity to buy, sell and trade footwear from leading collectors in the region.

Legendary photographer Chi Modu has documented the hip-hop movement for the past 30 years, capturing images and intimate moments with global icons such as Tupac, The Notorious B.I.G, SnoopDogg, Nas, and Mary J. Blige. He is at Sole DXB with Saudi fashion designer Amal al Goblan, in which they have created a capsule collection with Chi’s photography. He is also signing copies of his latest book, Tupac Shaku: Uncategorized, comprising of images from 1994-1996.

Local gallery The Third Line also launch their shop at this year’s edition serving as a platform to promote the work of rising artists and designers from the region. 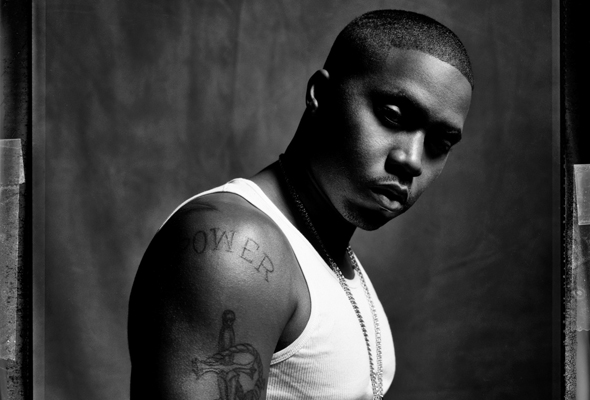 Hip-hop is one of the four pillars under which Sole DXB is founded and the live music line up is a big part of the event. Don’t miss Dev Hynes, aka Blood Orange, whose latest album Negro Swan is a fusion of dance, R&B and pop rhythms. He takes to the main stage, which also plays host to the UAE’s very own alternative pop artist ABRA, critically acclaimed rapper Giggs, Slowthai, bringing a mix of grime, rap, and garage, and South Africa’s rising star Sho Madjozi. Probably the biggest crowd puller will be the legendary rapper Nas who headlines the main stage on Saturday night along with America’s R&B duo Lion Babe. 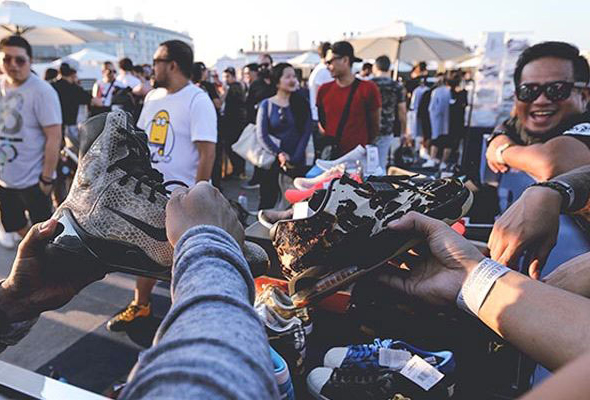 The on-site concept store, Early Retirement has partnered with ten independent clothing brands to create 100 limited edition t-shirts, available only at the event. Designers include UAE-based Precious Trust (the brainchild of Algerian designer Wathek Allal) and British-Moroccan pop-art maestro Hassan Hajjaj. Sole DXB have also produced their own merchandise, with a range of exclusive accessories.

Eight hand-picked teams play throughout the three days in the Sole Ball Above All Classic Tournament. It is a winner-take-all tournament featuring some of Dubai’s most promising players and the semi-finals will feature with the legendary NYC street ball personality Bobbito Garcia as MC.

Under the umbrella of discovering South African urban culture, a documentary titled, Just Dala- Meet Heads of Cape Town will be screened and followed by a panel with Imraan Christian, the film’s director and YoungstaCPT, a Cape Town rapper alongside David Fischer, the founder of Highsnobiety a streetwear blog and media brand. South African based fashion brand, Unknown Union will also host a session with its co-Founder Jason Storey and the brand’s creative director Yasiin Bey (formerly known as Mos Def) and Dr Barbaro Martinez-Ruiz, an art historian whose expertise lies in African and Caribbean arts.

Top tip: Head on over to the Uber stand this year, they’ll be putting on immersive pop-up events from a host of local storytellers sharing hidden gems of Dubai.

Culture
EDITOR’S PICKS
13 Sheikh Hamdan-approved restaurants in Dubai
READ MORE
Dubai brunches temporarily banned in new preventative measures
READ MORE
12 upcoming Dubai mega-projects we can't wait for
READ MORE
16 of the best beach bars in Dubai for sundowners
READ MORE
MOST POPULAR
Breaking: Dubai extends preventative measures until mid-April 2021
Enjoy brunch, breakfast and a stay at Westin Abu Dhabi from Dhs432
Get a free gym class at this cool new Dubai gym
Pics of the week: Your best photos of the UAE
Emirates Airlines and DHA to implement digital verification of traveller medical records
YOU SHOULD CHECK OUT
Our website uses cookies and other similar technologies to improve our site and your online experience. By continuing to use our website you consent to cookies being used. Read our privacy policy here.