DC Fans, this news is for you. Comic Con has just announced that Zachary Levi, star of the hit DC film, Shazam will be attending Middle East Film & Comic Con in April this year. 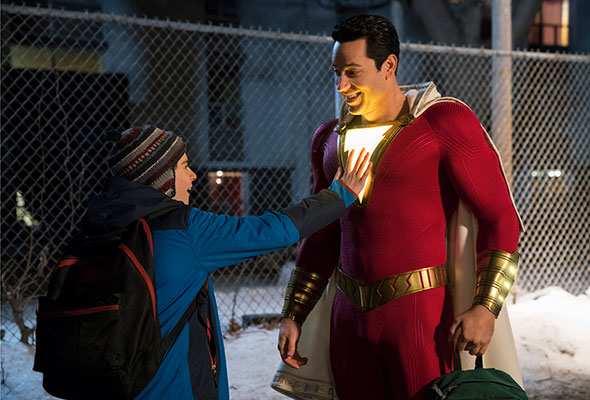 The actor starred in the hit film Shazam, which tells the story of a boy called Billy who can transform into an adult superhero (played by Zachary). He uses his newfound abilities to beat up bullies, stop robberies and even charge mobiles.

The 38-year-old American singer and actor has a string of movie titles under his belt such as Thor: The Dark World and Thor: Ragnarok and has also famously voiced the character of Flynn in the film Tangled (Yes, that’s him singing alongside Mandy Moore as well).

The announcement was made on the official MEFCC Instagram, and many DC fans are already buzzing with excitement.

Zachery Levi will be at Comic Con on all three days of the event from Thursday April 11 to Saturday April 13, and you can find him at the ‘Meet the stars’ area. He will be available for a meet and greet half day on Thursday and all day on Friday and Saturday.

You can also catch him live in the MEFCC Theatre, where he’ll be taking part in celebrity panels and Q&As.

Comic Con already has a list of A-list stars gracing the event this year such as Iwan Rheon from Game of Thrones and Mike Colter from Marvel’s Luke Cage and many more.

You can find a list of other celebrities attending and a handy guide to Comic Con here.