Get ready to Roll Up…

The Roll Up hitmaker will first headline at White Dubai on Thursday April 4, followed by a huge gig at neighbouring super club Drai’s on Friday April 5.

This will be Wiz Khalifa’s first time performing at Drai’s Dubai, so we can’t wait to see him entertain the crowd at the epic open-air venue. 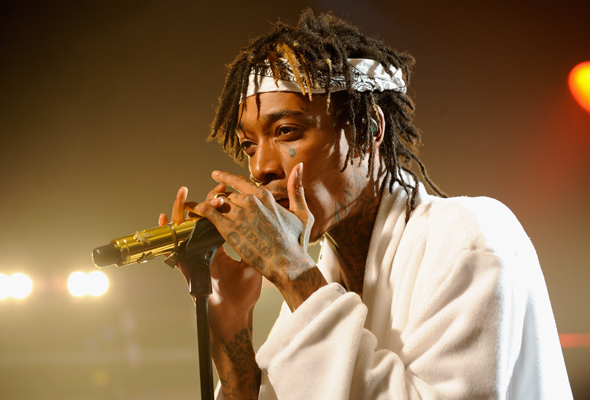 Although he’s been releasing music since 2006, Wiz Khalifa garnered more mainstream attention with the release of Black and Yellow in 2010. Since then, he’s gone on to produce singles with Nicki Minaj, Imagine Dragons and The Weeknd.

The American rapper is most famed for his track ‘See You Again’, which spent 12 weeks at number one in the Billboard charts.

It’s been a stellar season at Meydan, with an impressive list of R&B and urban stars headlining gigs at the venue over the last few months which includes Ne-Yo, Rick Ross and Tinie Tempah.

See you on the dancefloor.

Nightlife
EDITOR’S PICKS
Ain Dubai will open with fireworks, live music and a drone show
READ MORE
Incredible Aura SkyPool to open in Palm Tower this November
READ MORE
Brit Grand Slam hero Emma Raducanu confirmed for Mubadala Tennis
READ MORE
What’s On Nightlife Awards 2021: Here are the nominees...
READ MORE
MOST POPULAR
7 fun spots to celebrate Halloween in Dubai with the family
The best places to watch the spectacular Ain Dubai fireworks show
This brunch serves up delicious Arabic dishes and non-stop captivating entertainment
This contemporary modern restaurant offers a new take on Arabic cuisine
McGettigan's to open 18,000sq ft venue in City Walk very soon
YOU SHOULD CHECK OUT
Our website uses cookies and other similar technologies to improve our site and your online experience. By continuing to use our website you consent to cookies being used. Read our privacy policy here.