The stats are in…

Almost 300 million passengers used public and shared transport during the first half of 2019, Dubai’s Roads and Transport Authority (RTA) has announced.

The total number of users amounted up to 296.22 million riders over all modes of transportation including the Dubai Metro, Dubai Tram, RTA public buses, RTA taxis and shared transportation.

According to RTA, this is a healthy 6.5 per cent growth from the recorded figures during the same time frame last year.

The statistics were shared via an infographic and video on the official RTA Twitter channel.

HE Mattar Al Tayer was delighted with these indicators as they depict the viability of RTA’s plans to provide diverse solutions for people mobility in Dubai. For more details, visit: https://t.co/W254UA6AZV#ChairmanNews pic.twitter.com/mNp8mJB385

How the figures are split

The Dubai Metro has proven to be a popular mode of transportation in Dubai with riders amounting to as much as 34 per cent of the 296.22 million.

The stats revealed that together, the Red and Green Lines have lifted 101.68m riders: 66.14m riders used the Red Line while 35.54m riders took the Green Line.

On the Red Line the most popular station was Al Rigga, followed by Dubai Multi Commodities Centre Station, Burj Khalifa/Dubai Mall and Mall of the Emirates.

As for the Green Line, Al Fahidi Station topped the list followed by Baniyas Station and Stadium. 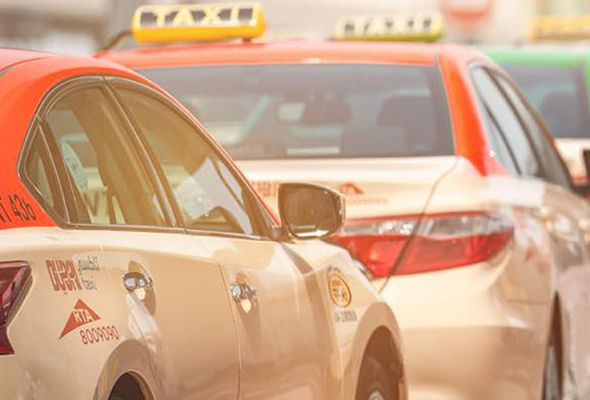 Taxis were the second most popular mode of transport in Dubai – which include Dubai Taxi, Hala Taxi and Franchise Taxis – with 87.813 million riders taking them in the first half of the year.

RTA has also helped eased traveling in many other ways during the course of this year. It has recently started a ferry service between Dubai and Sharjah, relocated the women and children’s cabin in the Dubai Metro to be more accommodating for female passengers, and more.

Upcoming projects the RTA has recently announced also includes The Tripoli Street Improvement Project which aims to reduce traffic for those traveling between Dubai and Sharjah, a 2 billion dirham upgrade to the Dubai-Al Ain road, and more.