The project will be located at the World Islands…

Dubai Police have revealed the World’s first floating police station, which will service the public living on and visiting the Dubai World Islands. The project was revealed on Wednesday October 9 at GITEX Tech Week, in Dubai World Trade Centre.

To help announce the surprise, Lt. General H.H Sheikh Saif bin Zayed Al Nahyan, Deputy Prime Minister and Minister of the Interior, was on hand to lift the mystery curtain and reveal a model of the police station. 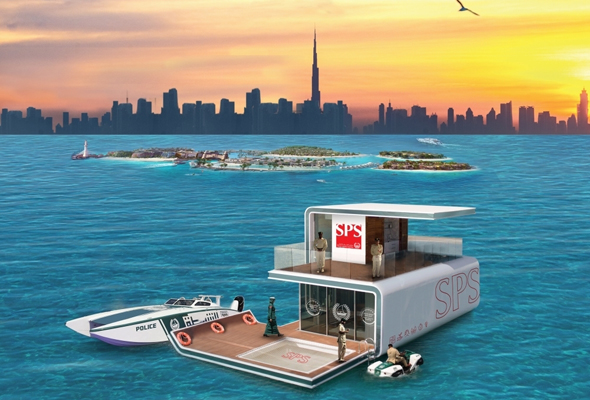 From the model, it looks like the police station will be a similar design to the futuristic Floating Seahorse Villa properties, available to buy for a cool Dhs10 million, that will be found in the Heart of Europe, an archipelago of islands within the World Islands off Dubai.

At the moment, we’re not sure when the floating police station project will be operational, but the first hotel to open on the World Islands is expected to welcome guests later this year.

See the moment the project was revealed to the public here: