The Dhs10 million property comes complete with a coral garden, rooftop jacuzzi and some of the best bedroom views we’ve seen…

When we first saw renderings of the submerged Floating Seahorse villas, we thought they’d be one of those out-there Dubai projects that stayed forever in the concept stage and never actually got built.

Because the first of the 150 or so Floating Seahorse villas is now sitting proudly within the Heart of Europe, a Dhs7 billion, six-island development in the World Islands.

Here’s what happened when we went to check it out: 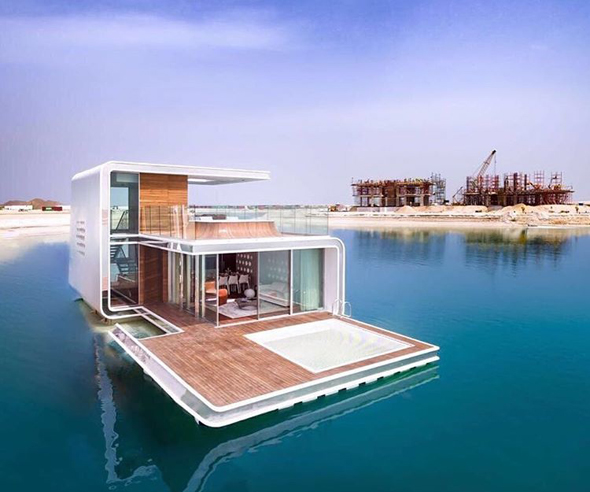 The three-storey villas, starting from Dhs10 million, each come with a rooftop jacuzzi, terrace, butler, and an underwater bedroom with its own coral garden in front.

So that probably beats our bedroom views. 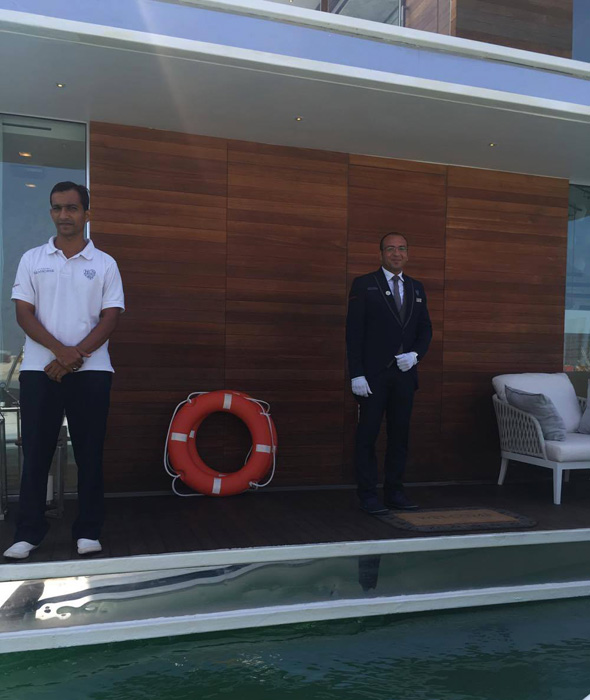 Designed as holiday homes for those looking for a little glamour, all of the villas are now sold.

Arriving by boat, you enter the villa at sea level to an open plan kitchen, dining and living area. For those after something even more VIP, Bentley Home can design and furnish this area for you. Fancy, hey?

The villa opens out onto a private sunbathing net and outdoor deck with enough room for loungers for four. 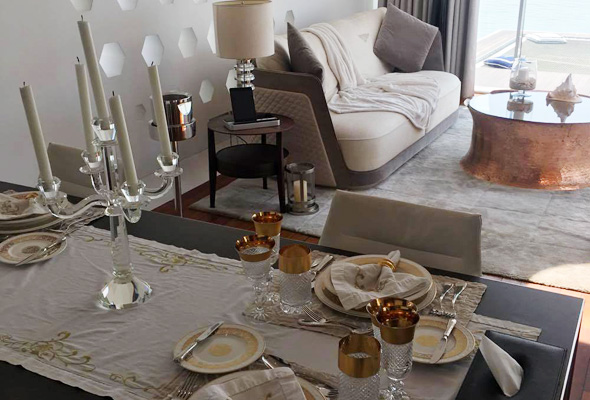 On the first floor, there’s another outdoor, covered dining space and glass-bottomed jacuzzi. The perfect space for entertaining, we’d say. 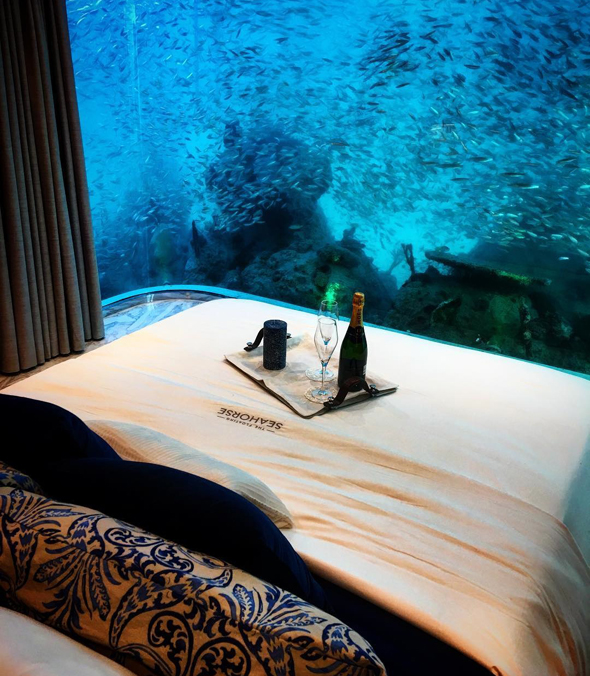 But it’s the lower ground floor that really has the wow factor.

Below sea level, both the bathroom and master bedroom boast floor-to-ceiling views of the ocean, the man-made coral reefs that surround the villa, and all of the wildlife among it.

Well, that brings a whole new meaning to “ocean views”. 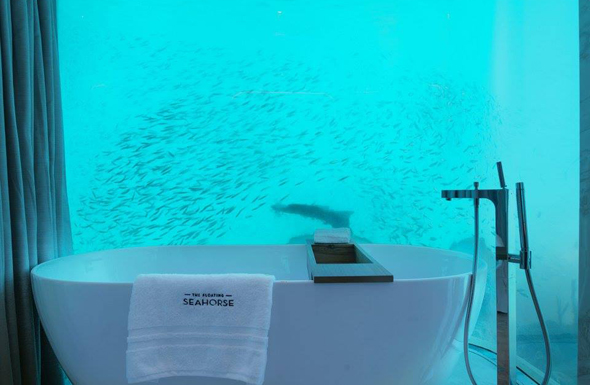 But senior architect Marco Bolzoni is keen to stress that this isn’t the finished product.

“The unit that you see in the water is what I would describe as a prototype,” he explains. “It was the first built unit completed in 2015 and since then there has been a lot of development.”

Although we’re not too sure what to expect from the finish products when they begin to arrive within the World Islands later this year, mostly Marco tells us that they will mostly be changes that we can’t see, such as the materials used to build the villas (which technically, are boats).

The changes to the production will extend the life span of the villas to up to 50 years.