Earlier in the year, we speculated that global actress superstars Gwyneth Paltrow, Kate Hudson and Zoe Saldana were filming a special video for Dubai Tourism. It turns out we were right, and the footage has now been released.

Dubai Tourism previously ran a video series with Bollywood star Shah Rukh Khan called ‘Be My Guest’. In the final episode Gwyneth Paltrow makes a surprise appearance, leading us to believe she would continue the story. 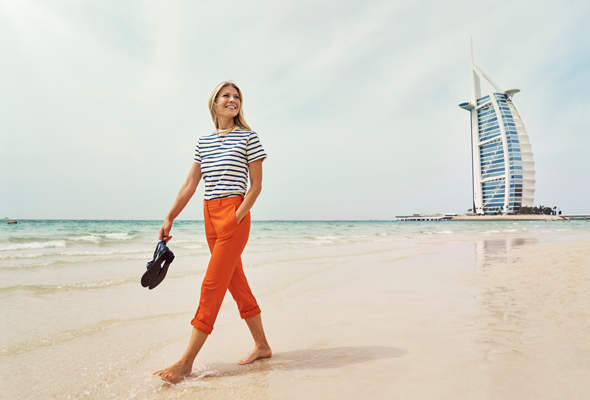 The next series is titled ‘A Story Takes Flight’ and stars Oscar-winning actress Gwyneth Paltrow alongside How to Lose a Guy in 10 Days star Kate Hudson and Zoe Saldana, best known for her role in Avatar. For now, only the trailers for each actress have been shared, but they give us a glimpse of what to expect when the full videos are released.

The three videos tell three different stories of experiences to be had in Dubai. Kate’s adventure is called Feel the Soul of the City and sees her wandering through the streets of Old Dubai.

In Gwyneth’s trailer, Fuel Your Sense of Discovery, you can see her photographing the stalls of Bastakiya and enjoying water sports. While Zoe’s exploration, Find Another Point of View sees her in a Bedouin and riding a motorbike through the desert, as well as checking out City Walk and the Dubai Frame. 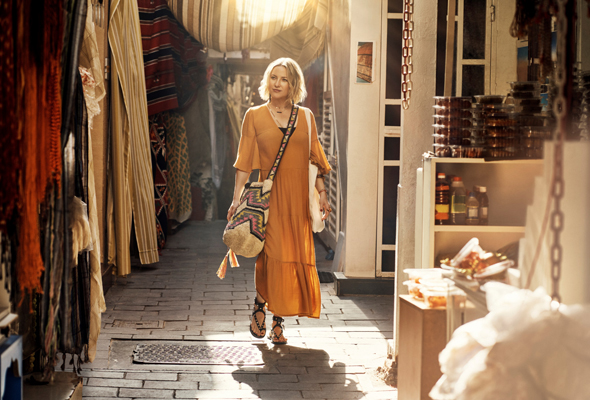 Gwyneth described Dubai as a ‘melting pot’ saying, “My time in Dubai was beyond anything I expected and there’s still so much more to see”. Whereas Kate Hudson lauded the hospitality commenting, “It’s incredible to find such a vibrant art and music community in the heart of such a modern, futuristic city – which is what most people think Dubai is. But really, the friendliness of the people is what made my visit amazing, and it’s why I’ll come back.”

Stay tuned for the full videos due to be released soon…

Celebrities
EDITOR’S PICKS
So, when is the next UAE public holiday in 2021?
READ MORE
All of the lavish new hotels set to open in Dubai in 2021
READ MORE
16 of the best pool passes in Dubai that are fully redeemable
READ MORE
All of the restaurants at West Beach, Palm Jumeirah
READ MORE
MOST POPULAR
Father's Day Abu Dhabi 2021: 7 great deals dad will love
Abu Dhabi building project will house mosque, church and synagogue
7 epic things to do in Abu Dhabi this weekend: June 17 to 19
Rumba Cuban Bar & Kitchen launches a laid back Saturday lunch
Sale: Get 40 percent off a sweet summer staycation in Dubai
YOU SHOULD CHECK OUT
Our website uses cookies and other similar technologies to improve our site and your online experience. By continuing to use our website you consent to cookies being used. Read our privacy policy here.