Strict guidelines have been issued…

On Monday May 25, HH Sheikh Hamdan bin Mohammed bin Rashid Al Maktoum, Crown Prince of Dubai headed a virtual meeting in which he announced updates for economic activities in Dubai.

With regards to offices, the document released by Dubai Economy titled ‘Reopening Dubai’ stated that offices will resume regular working hours now that Ramadan is over.

It also mentioned that offices can “increase occupancy ceiling to 50 per cent of common areas and within office premises”.

The document went on to state that the capacity level of staffing can be increased to 50 per cent. Previously, office occupancy was capped at 30 per cent. 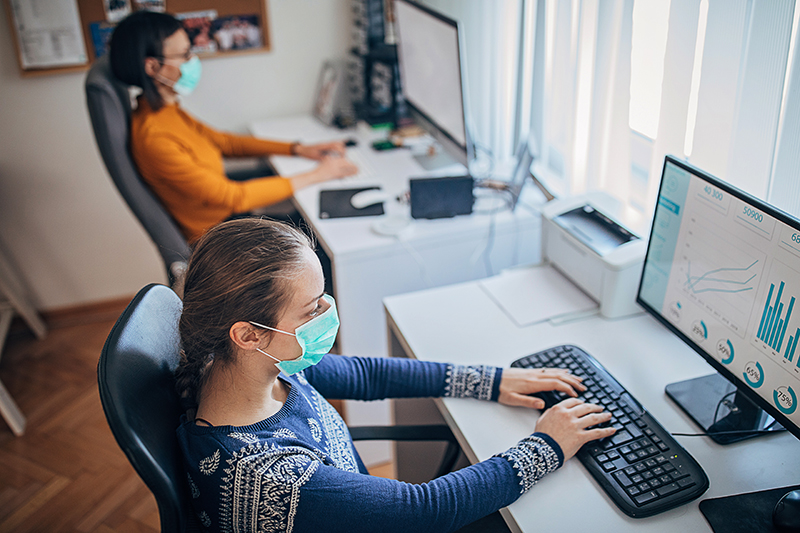 Asked to return back to the office for work? A half-empty office won’t be the only change you’ll see.

In the mid of May, the Abu Dhabi Department of Economic Development (ADDED) issued new guidelines and precautionary measures for UAE offices and workplaces.

This included strict social distancing rules which means keeping a space of two metres between people – which may just call for a change in the office layout.

Previously, pantries were allowed to be open for the consumption of food and drinks as long as two metres’ social distancing is followed and disposable utensils were also asked to be used. This, however, may differ from company to company.

‘Reopening Dubai’ also called for stickers or markings to be placed on the floors at elevators to indicate social distancing which users need to abide by.

News
Royals
EDITOR’S PICKS
Ramadan in Dubai: 40 iftars to try
READ MORE
Where can Dubai residents travel? Check out these 14 destinations
READ MORE
Rumours, facts and reveals: New Abu Dhabi bars and restaurants
READ MORE
UAE announces reduced working hours for Ramadan 2021
READ MORE
MOST POPULAR
Sheraton Mall of the Emirates has a lot to offer this Ramadan
Looking for a cosy long stay residence in Dubai? Check this out...
Have you spotted the new Talabat Patrol team on Abu Dhabi roads?
Iftar home delivery for one? Here are some options...
Stunning Australian restaurant Hunter & Barrel is now open
YOU SHOULD CHECK OUT
Our website uses cookies and other similar technologies to improve our site and your online experience. By continuing to use our website you consent to cookies being used. Read our privacy policy here.