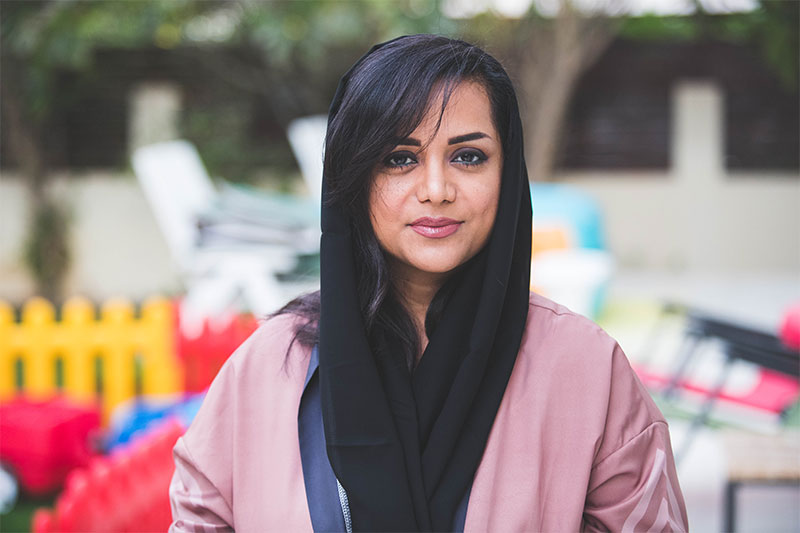 Who are you, and what made you famous?

I’m the first Emirati women film director in the UAE. Not sure about ‘famous’ but I definitely try to leave a mark whenever I film something. The last time I shot a film for National Day we had 198 musicians, I was pregnant and nauseous, but kept directing with all my might. The film is still many people’s favourite.

Have you lived in Dubai all your life?

I’m 43 and have lived in Dubai for 38 years. The other five I spent studying film in Toronto. I grew up watching the city take shape. My family home was in Mirdif but back then no one had heard of it – we had to deflate our tires to cross dunes to our house.

When did you realise that film was your passion?

Oh, I was very young. Growing up I was obssessed with films, watching an average of three a day. While most children were watching Disney, I was mesmerised by black and white dance scenes from Asian films.

How supportive is your family?

Watching films excessively worried them but being a filmmaker was the ultimate fear. They absolutely detested it, but as you can see, I followed the storytelling line. Eventually they saw that the process offered more benefits than harm. They succumbed in the end.

As the UAE’s first female film director, is there a lot of pressure to succeed?

There is a lot of pressure being a woman in film in the world. The pressure is tripled here as we do not have a robust film industry. What we have is a film movement, so to have my big breakthrough was so important to me. But with that comes pressure to make it.

Your newest film has been picked up by the BBC. How does that make you feel?

Fantastic. Animal [the title of the film] also won best film at the Milan Film Festival from amongst over 70 entries and got me a seat at the Cannes Producers’ Network. The BBC was the cherry on the cake. 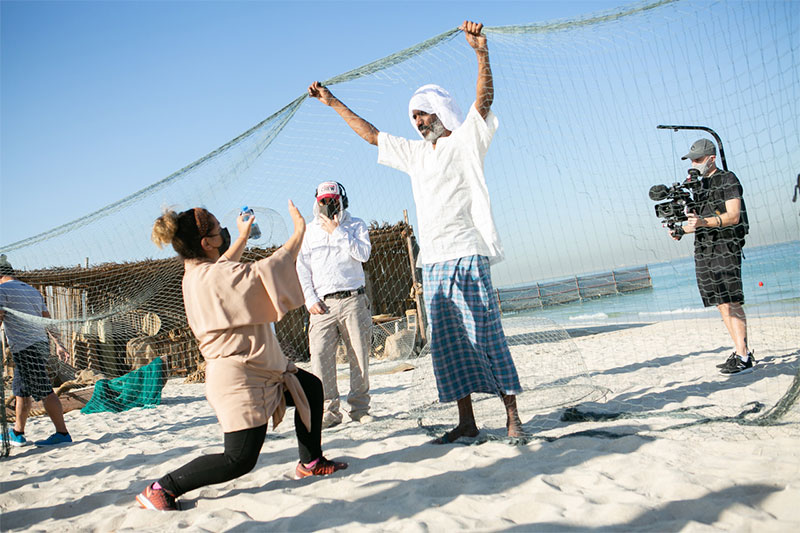 Tell us about the film

Animal is about narcissistic personalities who have an incredible grip on our world. It’s based on my siblings’ childhood. The film is about a little girl who isn’t allowed to have pets so she hides her new rabbit only to find out that it was dinner. Making films is a kind of therapy for me, albeit an expensive one.

What are some of your proudest achievements?

Winning best film in Milan and also having my concept cherished by Hotel Rwanda director Terry George, who’s adapting it into an international mini series. I will be the executive producer and may potentially direct a few episodes.

What do you love about the UAE?

UAE Famous: In talks with Joey Ghazal, founder of The Maine

I love its tenacity and its spirit for creating and pushing for excellence. It’s empire building, and that’s exciting for anyone who is pioneering.

What stresses you out about the UAE?

Shooting in 50-degree heat for 12 hours straight; people ferociously tailgating; and seeing my hair frizz after a wonderful blow-dry.

Do you reckon Dubai is your forever home?

For the time being it is but forever can change…