Lunch menu postcards from the land of the rising sun…

We’ve not been shy about our love for the new beachfront foodie district, Mamsha Al Saadiyat. The destination on the northwest corner of Abu Dhabi’s ‘cultural district’ has culinary galleries for a reasonable spread of world cuisine, and today, we’re paying Japan a flying visit.

Niri Restaurant and Bar was originally located at Yas Mall, but like the cherry-petalled sakura, it really seems to have blossomed in the fresh sea air. It’s a handsome venue, neatly replicating a modern Osakan izakaya — the interior is dominated by, appropriately enough, a mock cherry blossom tree in full bloom; a long sushi bar; and sleek wooden finishes throughout. The wardrobe of the serving staff follows that same hemisphere-straddling stance, with kimono-inspired uniforms. And it’s this level of detail, we think to ourselves, that often denotes you’re about to experience something fastidiously considered. 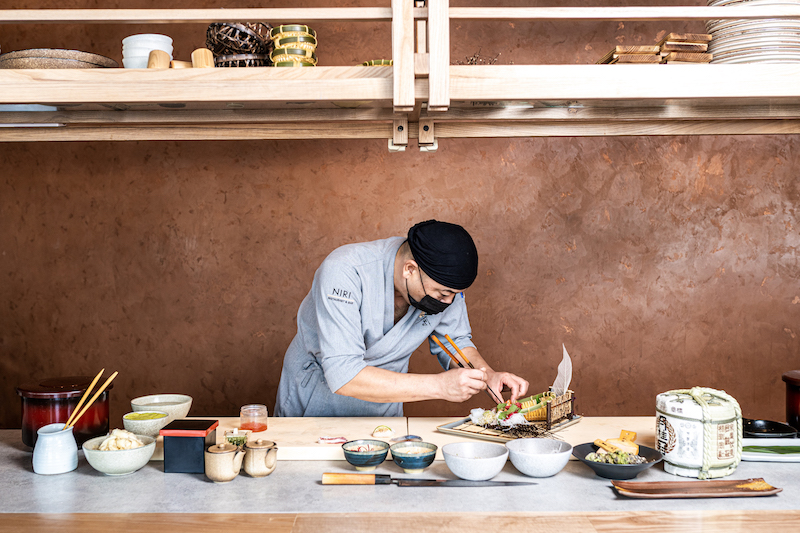 We’re drawn to the theatrical cheffing going on behind the sushi bar, so we pull up a stool to get a better view of the precision knifework. Within moments, a plate of pickles is delivered alongside a happy serving of kismet. There’s a lunchtime special on, Dhs99 for two select courses and a drink. A quick scan of the menu confirms that this is a scandalously good deal, so much so in fact that we’re immediately catfished by the offer to double up on starters for an extra Dhs20. 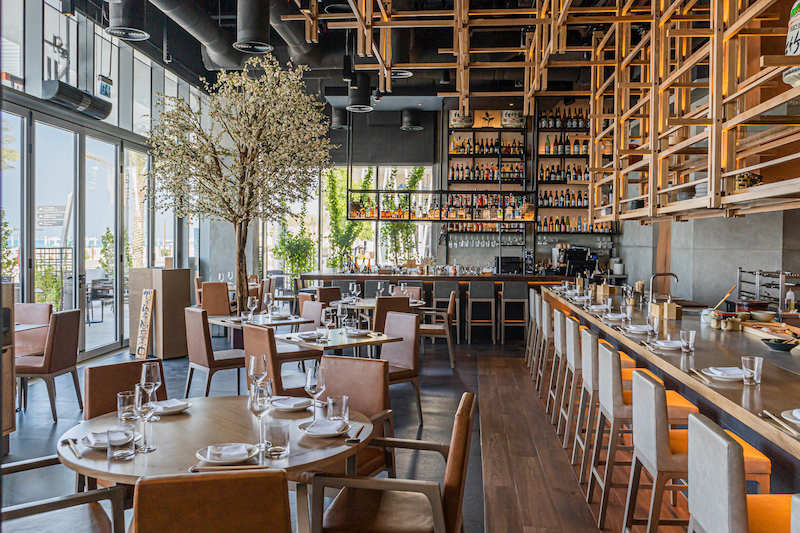 Uniform, buttery-veined slices of yellowtail are arranged in a sort of sashimi mandala and covered in a ponzu-sesame dressing. Over and over, round and round, the just-marinated hamachi takes our palate on a joy ride that swerves between lanes of subtlety and intensity. The marbled mouthfuls of yellowtail, are rich but made a handsome partner to the tart ponzu sauce.

It’s the other starter though that snatches the entreé crown. A tower of blanched spinach folded into roasted aubergine, a simple concoction but heavy on those round autumnal mouthfuls. 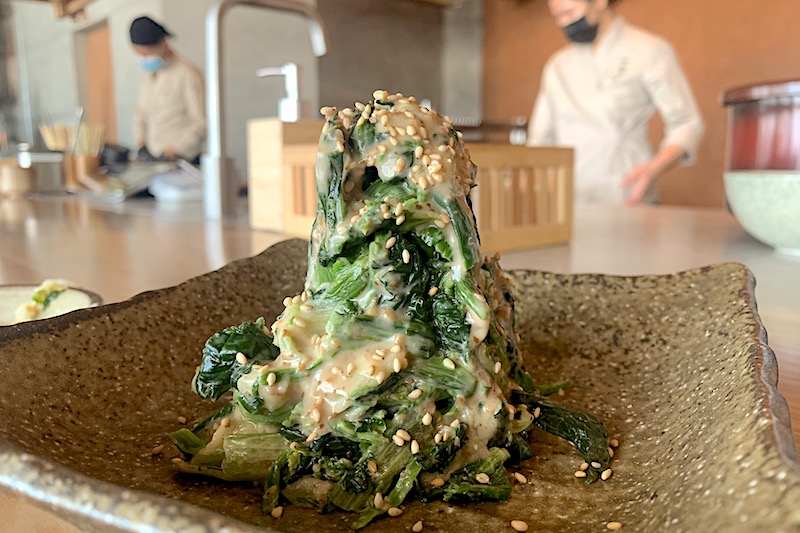 Our choice for main course also attracts a small supplimentary charge of Dhs20 (there are however five other options that do not), the miso suzuki — which despite sounding like the model name for a mid range hatchback, is an certified G-Class on the plate.

A plump and puffy grilled fillet of seabass is served alongside a shiro miso mirepoix, and white rice. You get a good meaty heft with the fish element of this dish, and a charred umami that cascades down through the miso mirepoix pairing. Our sole taste-based note is one of personal preference — the miso mirepoix sauce is a little overpowering, but comes conveniently served on the side. 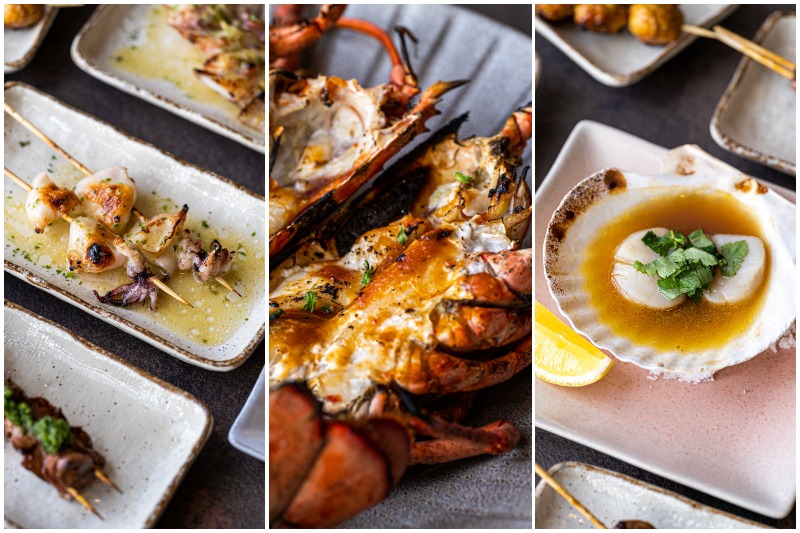 Verdict: Chewing on the last few moments of our time at Niri, we’re persuaded that this restaurant is an excellent addition to the Saadiyat dining scene. It makes a respectful bow to haute Japanese cuisine and steps well beyond the well-trodden paths of sushi and ramen restaurants in the capital. The fact that it’s licensed for adult drinks, offers another way to enjoy the venue, a choice spot for seaview sundowners alongside some next level nibbles. Rating: A-

Eat & Drink
Things to do
EDITOR’S PICKS
When is the UAE's next public holiday?
READ MORE
Zanzibar-inspired restaurant Mikoko Hut opens at UAQ mangrove beach
READ MORE
Christmas Day in Dubai: Festive brunches, lunches, roasts and more to book
READ MORE
This magical winter garden is back at Habtoor Palace Dubai
READ MORE
MOST POPULAR
Exclusive reveal: Gorgeous new Bar Buci opens at Jumeirah Al Qasr
Iconic restaurant Beach Bar & Grill reveals a new look
A huge new dining and entertainment venue to open on Bluewaters Island
Eat around Atlantis, The Palm at this annual festive mega feast
NYE 2021: Where to spend New Year's Eve in Dubai
YOU SHOULD CHECK OUT
Our website uses cookies and other similar technologies to improve our site and your online experience. By continuing to use our website you consent to cookies being used. Read our privacy policy here.