Indoor
Sport & Fitness
Things to do

Looking to get fit this summer but want to avoid the relentless Dubai summer? Take note as Dubai Sports World is heading back to Dubai World Trade Centre. It launches on April 1 and will run for six months of action-packed sporting activities – its longest edition so far.

Running until September 21, sports enthusiasts can expect eight popular sports including football, cricket, basketball, padel and much more – all under one roof. 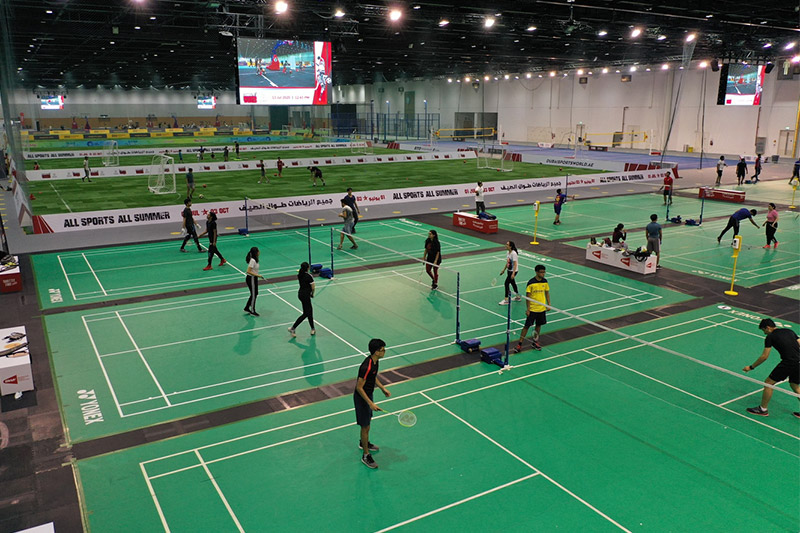 How much will this cost me?

Prices start from Dhs20 depending on the sport you pick and the time slot. In addition to regular bookings and the broad array of academy and coaching options, a series of tournaments across various sports will soon be announced. Keep your eyes on @dubaisportsworld

Also, it is worth noting that the popular indoor venue is also operating at full capacity, so there’s no need to waste your energy battling for a spot on the courts.

For more information, pricing, or to enrol in the academies and summer camps, visit dubaisportsworld.ae or book via the Dubai Sports World app.

Where to watch the IPL 2022 in Dubai
Spring Break in Dubai: 5 fun places the kids will enjoy
UFC will return to Abu Dhabi this October with huge music concerts 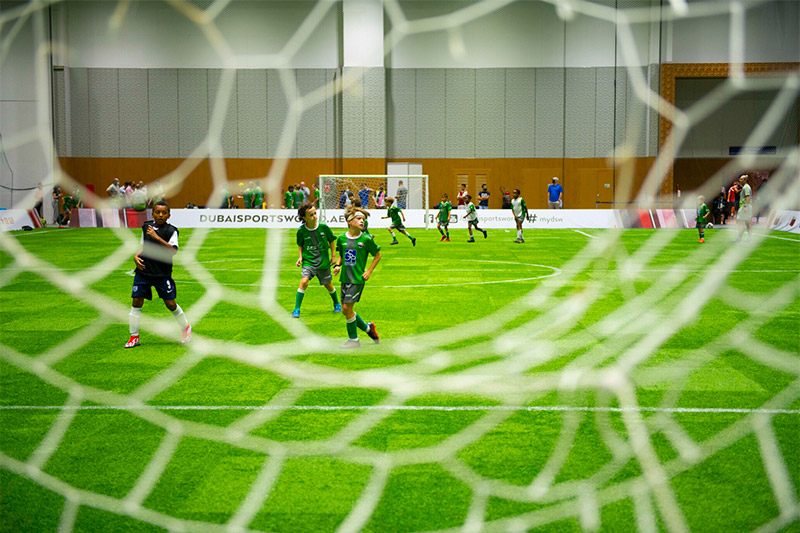 His Excellency Saeed Mohammed Hareb, Secretary General of Dubai Sports Council, commented, ‘Today, there is far greater awareness of the importance of sports and physical activity, thanks to the vision and support of the UAE’s leadership. The increased interest and engagement in sporting activities, throughout the year is reflective of this change. This has prompted us to extend the timeline of the Dubai Sports World calendar, running for over 23 weeks from April 1 to September 21, our longest edition yet.’

Heading over? You can park at an affordable rate at Za’abeel Plaza Parking, Al Mustaqbal Street or Exhibition Street Multistorey Parking. Of course, you can get the Dubai Metro to World Trade Centre and hop, skip and jump over to Za’abeel Halls.

Dubai Sports World is open daily from April 1 to September 21 from 8am to 12am (until 1am during the Holy Month of Ramadan).

Indoor
Sport & Fitness
Things to do
EDITOR’S PICKS
Here's the full list of UAE public holidays in 2023
READ MORE
23 incredible things to look forward to in the UAE in 2023
READ MORE
Hidden gems: 10 UAE desert pop-ups to discover this winter
READ MORE
Where to travel in 2023: 10 new flight routes from the UAE
READ MORE
MOST POPULAR
The Wizarding World officially comes to Dubai
11 homegrown UAE restaurants that have gone global
13 new brunches in Dubai that will spice up your February
You can now tour these 12 ladies' nights on Yas Island
Sweep your special someone off their feet at TH8 Palm Jumeirah
YOU SHOULD CHECK OUT
Our website uses cookies and other similar technologies to improve our site and your online experience. By continuing to use our website you consent to cookies being used. Read our privacy policy here.