Battle of the Burgers: Who will head to Texas to represent Dubai? You decide...

Best of
Eat & Drink
Things to do

Everyone loves a good burger. But to make a truly great burger sometimes you have to go beyond the usual American cheese and bacon toppings and pull out all the stops.

And plenty of stops have been displayed during Cucina del Sul’s Battle of the Burgers, a ferocious competition between 28 super talented home cooks and amateur grill masters fighting to own the best burger in town.

Having competed in a series of smaller cook-offs over the last month – and judged by a panel of Dubai’s top chefs, restaurateurs and food critics – we’re now down to the semi-finals with 10 contestants hoping to be crowned Dubai’s best homemade burger. 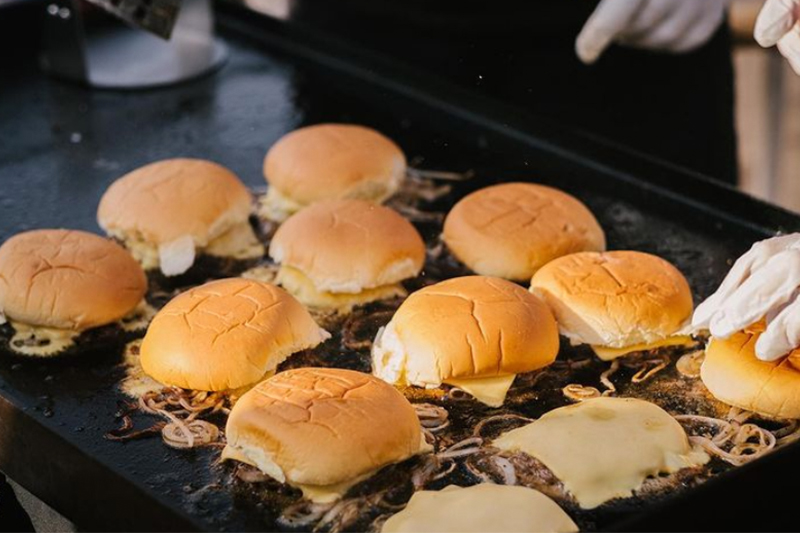 But it’s not just the title they’re after. The winner of Cucina del Sul’s Battle of the Burgers will also earn the right to represent Dubai and compete in the World Food Championships in Dallas – the first time a cook from the UAE has ever competed in this mega food sports event.

The semi-finals, featuring the top 10 contestants, will battle it out at The Pointe’s Social Distrikt across two days on Saturday May 14 and Sunday May 15, from 6pm. The top three will then move to the final showdown on May 21 from 6pm.

Semi Finals #1 (Sat, May 14): Rishad Hiridjee will be making his go-to burger ‘The Chief’; Sultan Chatila whips up ‘The Bull Burger’; Jihad Tayara is creating his ‘Jaytee Smasher’; Rahme Abraham AKA the BBQ Sultan brings back his ‘Double BJJ’; while Michel Graham is ready to win big with his signature ‘Smash & Grab’ burger.

Semi Finals #2 (Sun, May 15): Mohamad Al Darwish will remake his ‘Triple B’ burger with bacon, barbecue sauce and black bun; Danni Staats creates his ‘NFB, nonfungible burger’; Walid Abla whips up ‘The Wally’; Anas Nasra creates his ‘Nasty Nas burger’; and Andrew Burgess reprises his Korean inspired burger in a bid to win over the judges and the crowd.

Tickets cost Dhs260 and includes finger food snacks, plus tastings of all the competing burgers that night, as well as fries, soft drinks and desserts. (House drinks are not included, but are available to purchase at the bar). Guests are invited to cast their votes for their favourite burgers of the night. Book your spot here.

“Cucina del Sul’s aim is to bring the foodie community together through events and competitions like Battle of the Burgers. We’ll be organising several food sports events next season, in various categories such as BBQ, tacos, pizza and many others, so it’s a very exciting time,” she added.

Book your ticket to the semi finals via cucinadelsul.zbni.co. For more info, check out @cucinadelsul

Best of
Eat & Drink
Things to do
EDITOR’S PICKS
Here's the full list of UAE public holidays in 2023
READ MORE
23 incredible things to look forward to in the UAE in 2023
READ MORE
Hidden gems: 10 UAE desert pop-ups to discover this winter
READ MORE
Where to travel in 2023: 10 new flight routes from the UAE
READ MORE
MOST POPULAR
With its unique decor, Dubai's La Nina restaurant evokes tales of distant travels
Reservations are now open for French restaurant Fouquet's Dubai
The colourful Sharjah Light Festival returns next week
Relive those cosy winter moments at Chalet 105 at Twiggy
There are some big road closures in Abu Dhabi this weekend
YOU SHOULD CHECK OUT
Our website uses cookies and other similar technologies to improve our site and your online experience. By continuing to use our website you consent to cookies being used. Read our privacy policy here.