Six of the best: Dubai bakeries

What’s On enlists Good to share some of its favourite bakeries in Dubai. Find out where to get fresh breads and pastries in Dubai, including La Serre, Pascal Tepper, and Clinton Street.

Where? In Downtown’s lovely VIDA hotel, La Serre is a glass-fronted two-storey space with a bistro upstairs and boulangerie on the ground floor.

What? Stick with downstairs for breakfasts and baguettes, where the imported oven and fine French flour conspire to create breads and pastries that wow. Particularly recommended is the campaillette, which is Chef Izu’s favourite because “it’s all about the aroma in the flour”.

Who for? Super handy for Downtown and Old Town residents seeking a dine-in breakfast (including boiled egg with soldiers and pain perdu) or picking up a loaf or two, La Serre’s chic but casual feel is a little slice of Paris. Ooh la la. 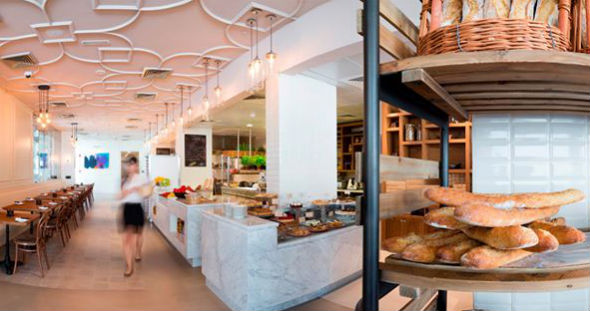 Where? Bang in the middle of Media City, this colourful café is bustling at breakfast, lunch and dinner. Named for its eponymous chef, it’s the first branch outside France, with more on the way across the region.

What? There’s a glass cabinet groaning with desserts and macaroons, bread baked thrice daily using Pascal-approved ingredients from Paris, and a vast selection of sandwiches and salads, from the traditional Niçoise to more exotic combos like quinoa and apricot.

Who for? Busy media types pop in for a pre-work espresso, have meetings over tartines and order paninis to their desks. There’s also a Friday brunch (Dhs99 and Dhs69 for children) where you can start your weekend off with a fun feeding frenzy.

Where? Just off Sheikh Zayed Road in Al Manara, this Provence-style bakery is owned by the same folks as Reem Al Bawadi. It’s all rustic wooden furniture and trompe l’oeil ceilings, with a counter full of calorific treats and a wall lined with baguettes, pain au chocolat and giant croissants.

What? Well-priced and fast, the menu covers breakfast essentials (including crêpes and waffles), through to pizza and seafood. The Friday breakfast brunch (Dhs95 and Dhs45 for children) has an eggs station, a la carte options, pastry buffet and desserts.

Who for? This family-friendly café is the very definition of a neighbourhood spot, with regulars stopping by on bicycles to pick up baguettes and large groups lazing over big breakfasts inside.

Where? The lower ground floor of Dubai Mall isn’t necessarily the first place you’d expect to find a Parisian café, but this modern bakery is cooking up bread all day long, metres from the Dubai Fountains.

What? Eric Kayser (yes, he’s a real person) prides himself on age-old techniques as well as innovative recipes with a new variety of bread created at the HQ each month. In the café you’ll find oven-fresh loaves, delicate pastries and French-inspired dishes such as poulet au pistache.

Who for? If you’re at the mall and can’t face the food court (who can?), then this might be the answer, with light lunch bites for refuelling, and dinners served until 1am at weekends.

Where? With several branches, including Umm Suqeim and near Interchange One, the French Bakery sign is something of a familiar sight. Inside there’s minimal fuss, just wipe-clean tables, the daily newspaper and carbohydrates aplenty.

What? The croissants and baguettes are the main draw, with a loyal following, but they also offer home delivery, with baskets taken to your door each weekend brimming with pastries and loaves. There’s a home delivery menu of salads, sandwiches and drinks, too.

Who for? The breadbaskets are useful when you have guests in town or are hosting an at-home weekend brunch, and the French Bakery has been known to sort out an evening of overindulgence with one raisin muffin.

Where? The new Clinton Street Baking Company is Dubai’s very own branch of the legendary Manhattan breakfast spot. The original restaurant’s chef and co-founder Neil Kleinberg was hailed as the ‘king of biscuits’ by Martha Stewart – that’s the high priestess of home baking talking.

What? Breakfast is a big deal at Clinton Street, and it’s the baked goods that spoiled-for-choice New Yorkers stand in line for. The flaky buttermilk biscuits – served as sandwiches or warm with raspberry jam – are the signature item.

Who for? This will become a popular breakfast choice for lucky folk living in Burj Views. It’s also conveniently located for the Flywheel Dubai studios – and a freshly baked pastry is surely just rewards for 45 minutes of hard pedalling? 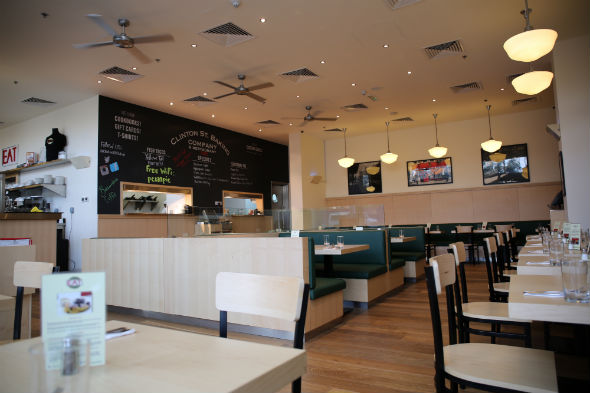 Eat & Drink
News
Restaurants
Things to do
EDITOR’S PICKS
So, when is the next UAE public holiday in 2021?
READ MORE
All of the lavish new hotels set to open in Dubai in 2021
READ MORE
16 of the best pool passes in Dubai that are fully redeemable
READ MORE
All of the restaurants at West Beach, Palm Jumeirah
READ MORE
MOST POPULAR
Traders Abu Dhabi launches a Dhs250pp all inclusive stay
Pics of the week: Your best photos of the UAE
Mark Ronson to play a DJ set at Abu Dhabi festival
Catch the Euro 2020 games at this cool lounge in the capital
Where to get your food fix on Al Wasl Road
YOU SHOULD CHECK OUT
Our website uses cookies and other similar technologies to improve our site and your online experience. By continuing to use our website you consent to cookies being used. Read our privacy policy here.