Best of
Eat & Drink
News
Restaurants
Things to do 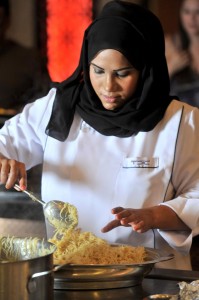 Break out your fat pants – the Abu Dhabi Food Festival kicks off on February 5.

The inaugural celebration will feature three separate events – the Emirati Kitchen, Gourmet Abu Dhabi and Street Feast – and will run until February 21.

The festival opens with a new three-day Emirati Kitchen programme, aimed at celebrating local cuisine. Hosted along the East Plaza of the Corniche, Emirati celebrity chef Khulood Atiq will be on hand to prepare traditional Emirati dishes in special demonstrations.

“People can try different foods they may never have tried before and learn the necessary skills to find the ingredients and prepare Emirati food for themselves or their families,” said Chef Khulood. “We will be blending traditional and modern recipes, which I’m sure will be a welcome addition.”

Guests can also purchase traditional products used to make local food at a small, on-site souk market. Entry will cost Dhs10 for adults and is free to children aged 12 and under when accompanied by an adult. The event is hosted from February 5 to 7 and will run from 4pm to 10pm daily.

A full schedule of Emirati Kitchen events can be found by clicking the link.


GOURMET ABU DHABI
The festival also sees the return of Gourmet Abu Dhabi from February 11 to 20. The ten-day event will feature more than 30 master classes from world-class chefs, gourmet dinners and cooking demonstrations.

International star chefs making an appearance in the capital include Niclas Yngvesson and Gustav Knutsson, owners of the Michelin-starred restaurant Bhoga in Sweden, at Beach Rotana. The Hilton Abu Dhabi will host a dinner with Michelin star Dutch chef Wilco Berends on February 12 and 13, while American celebrity chef Todd English will host an exclusive dinner on February 16 at the Ritz-Carlton Abu Dhabi, Grand Canal’s Forge restaurant. And Chef Peter Lloyd of Spice Market London will be hosted at Le Royal Méridien’s Market Kitchen from February 16 to 19. 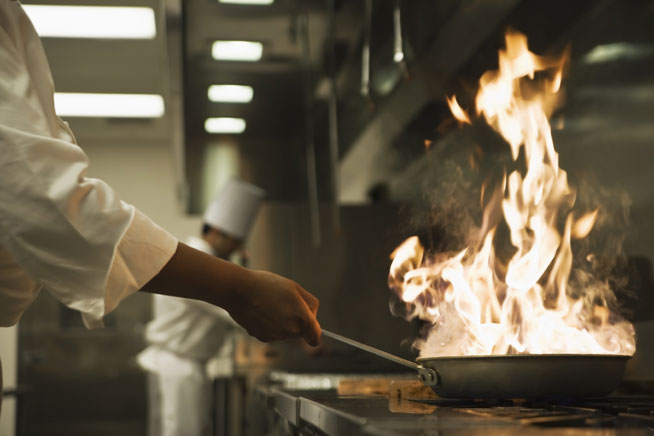 Specialty classes and events include a session on how to ‘cook the perfect steak’ at BOA Abu Dhabi in the Eastern Mangroves Promenade on February 16 to 18 with the restaurant’s executive chef, Marco Lucentini. Golfers can enjoy a special gourmet experience at the Saadiyat Beach Golf Club on February 13, which will see players play 18 holes of golf while refuelling on specially set-up dining stations around the course. While over on Crowne Plaza Yas Island a special gourmet pie festival will be on the menu.

STREET FEAST
And lastly, the newest event to be hosted as part of the festival is the inaugural Street Feast. The celebration of cuisine cooked up on food trucks will be hosted throughout the emirate of Abu Dhabi. Beginning on February 5 to 7 in Madinat Zayed, Western Region the trucks will then visit Al Mubazzarah Park in Al Ain on February 12 to 14 and debut in the Corniche’s West Plaza in the capital on February 19 to 21.

Ten food trucks will be arriving from the UK and include a selection of international favourites. The Churros Bros will be cooking up traditional Spanish churros with sticky sweet rose water syrup, Pizza Pilgrims specialise in classic Neapolitan pizzas, and the Indians Next Door, will be serving up traditional lamb and veg curries. For an Arabic twist on fried chicken visit Arabica Southern Fried Chicken for poultry served up with tahini salsa. If you’d like to sample Spanish tapas visit Donostia Social Club. 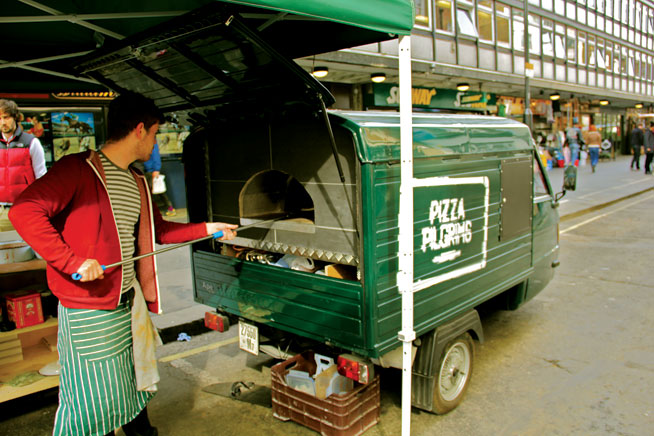 Carnivores should check out ATE Street Food, who specialise in slow cooked meat and The Roadery, who will be highlighting underused cuts of meat. Fans of American hot dogs should visit Big Apple Hot Dogs. Another comfort food option is the Cheese Truck, which will be grilling up gourmet cheese toasties while Yogusensi will be serving fresh fruit smoothies.

In addition to those, there will also be five local street food vendors participating in the initiative including SALT, the UAE’s first burger truck, and ice cream truck Desert Chill. Entry fees cost Dhs20 for both the Western Region and Al Ain and Dhs30 for Abu Dhabi.

A full schedule of Street Feast events can be found by clicking the link.

Best of
Eat & Drink
News
Restaurants
Things to do
EDITOR’S PICKS
Ramadan in Dubai: 48 iftars to try
READ MORE
Where can Dubai residents travel? Check out these 14 destinations
READ MORE
Rumours, facts and reveals: New Abu Dhabi bars and restaurants
READ MORE
UAE announces reduced working hours for Ramadan 2021
READ MORE
MOST POPULAR
UAE: Strict restrictions may soon be in place for those who aren't vaccinated
Review: Rainforest camping at The Green Planet Dubai
The rules for children wearing face masks have been updated in UAE
Etihad sale: Surprise gift boxes and a chance to win 50 times your airfare
Break your fast in style at W Dubai - The Palm this Ramadan
YOU SHOULD CHECK OUT
Our website uses cookies and other similar technologies to improve our site and your online experience. By continuing to use our website you consent to cookies being used. Read our privacy policy here.