Interview: Kiesza - "I love the Middle East. You can't get good zaatar anywhere else"

What’s On has a Kiesza interview after her performance at RedFest DXB on February 13, also featuring Bastille, Rixton and Ella Eyre.

Last year you couldn’t go anywhere without hearing Kiesza’s feelgood track Hideaway. The 25-year-old Canadian spent her teens as a ballerina and then joined the Canadian navy. But instead of finishing her sniper training (no, really), she became a pop star.What’s On chats to the Canadian popstar inside Reebok at The Dubai Mall after her RedFestDXB performance.

Let’s talk about your style which seems very 90s-inspired. What is it about that era that you love so much? It was a very experimental time. It was super street-orientated. I thought it was amazing that people wore the baggiest clothes in the world and found a way to make it look cool.

If you were in a band in the 90s, which one would you have been in? I loved Oasis, but if I were to be in a band it would have been TLC or maybe Salt-n-Peppa.

What are your first impressions of Dubai? It’s beautiful. It’s so clean. I spent a lot of time in New York and they just throw the trash out on the street there. You come to place like Dubai and it’s just so clean.  The people are so warm. The hotels are really amazing too. I just love the Middle East. 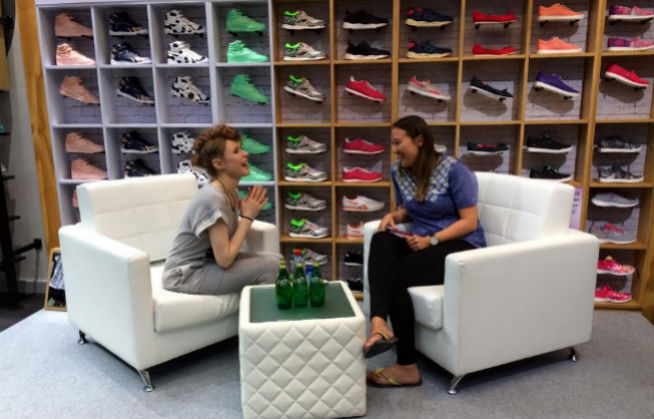 We heard you are a massive thrill-seeker. Any adventures planned while you’re in Dubai? I’m going dune-bashing today and I can’t wait. I’m also going to go sandboarding. I’d love to go skydiving but I just don’t have time. But I have to ride a camel while I’m here too.

Besides singing and dancing, what are your other passions? I love eating and the flavours here in the Middle East are amazing. I’ve been to Kuwait before and that’s it, but I’ve noticed that the spices used here are amazing. You just cant get good Zataar anywhere else. The one beauty of the way I perform means I can eat most things.

Nightlife
EDITOR’S PICKS
Here's the full list of UAE public holidays in 2023
READ MORE
23 incredible things to look forward to in the UAE in 2023
READ MORE
Hidden gems: 10 UAE desert pop-ups to discover this winter
READ MORE
Where to travel in 2023: 10 new flight routes from the UAE
READ MORE
MOST POPULAR
Bar of the month: CouCou
Jumeirah Mina A’Salam reopens with a brand new look
How to support those affected by the Turkey-Syria earthquake
This legendary New York hotel group is opening a hotel in Dubai
8 great spots for the tastiest and flakiest pastries in Dubai
YOU SHOULD CHECK OUT
Our website uses cookies and other similar technologies to improve our site and your online experience. By continuing to use our website you consent to cookies being used. Read our privacy policy here.