What’s On announces the celebrities at MEFCC. William Shatner, Karl Urban and Flash Gordon will be at Middle East Film and Comic Con 2015.

The first few special guests at this year’s Middle East Film and Comic Con have been announced.

Leading the way is William Shatner, the iconic actor who played Captain James T. Kirk in Star Trek. First appearing on television for three seasons in the late 1960s, the show gained such a cult following that it hit the silver screen a decade after its initial cancellation. Shatner reprised his role for six movies, ending with the Kirk’s death in 1994.

Joining the now 83-year-old will be Karl Urban, who starred in the rebooted version of the franchise in 2009, playing Leonard ‘Bones’ McCoy. The 42-year-old New Zealander can also count the Lord Of The Rings trilogy (as Eomer), The Chronicles Of Riddick (as Vaako), Xena: Warrior Princess (as Julius Caesar) among his credits, as well as, most famously, the lead in the 2012 remake of Judge Dredd. 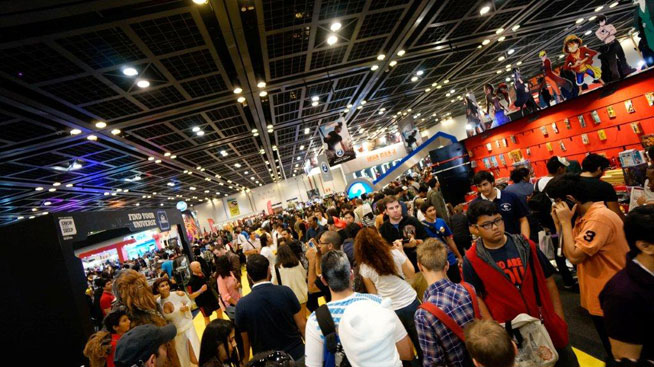 Completing the first round of announcements is Sam J. Jones, the man best loved for his role as Flash Gordon in the 1980s movie of the same name. Jones, who recently made a cameo appearance in Ted, has also appeared in Baywatch, The A-Team, Hunter and The Highwayman.

Details of MEFCC, which runs from April 9 to 11, were revealed on the same day Live Nation ME confirmed 30 Seconds To Mars would perform a concert at the Dubai World Trade Centre on April 10. The rock band, fronted by Hollywood A-lister and 2014 Oscar winner Jared Leto, were last in the region in 2011, when they played to a sold out crowd in Abu Dhabi.

As well as the headline names, it was also confirmed that Image Comics, the publisher of ‘The Walking Dead’, will also be exhibiting for the first time in Dubai. More guests are to be announced in the coming weeks.

Tickets, starting at Dh100 for a day pass, are now on sale online and at Virgin Megastores. More information can be found at mefcc.com.

News
EDITOR’S PICKS
Covid-19 rules in Dubai: all the updates you need to be aware of
READ MORE
9 royal-approved Dubai restaurants
READ MORE
16 of the best beach bars in Dubai for sundowners
READ MORE
Where to get the Covid-19 vaccine in Dubai, Abu Dhabi and across the UAE
READ MORE
MOST POPULAR
Join us for a preview of Fairmont Bab Al Bahr's Valentine's dine around
The luxury hotels and residences open and opening along West Beach
The Tent: Bla Bla Dubai launches more bars for a day to night experience
A huge gastronomic event is returning to Dubai this February
There's a half-price happy hour at this fun West Beach restaurant
12 incredible rooftop pools in Dubai to check out
YOU SHOULD CHECK OUT
Our website uses cookies and other similar technologies to improve our site and your online experience. By continuing to use our website you consent to cookies being used. Read our privacy policy here.