What’s On announces Pacha Ibiza Dubai hosting Paul van Dyk on Feb 26. Get ticket information for the event at the new nightclub in Dubai.

Pacha have announced the return to Dubai of legendary DJ and producer Paul van Dyk.

The German spinner will take to the decks in the main room at the Souk Madinat venue on Thursday February 26, with tickets priced from Dhs200.

One of the original superstars of trance, PVD has had party island Ibiza on lockdown since his ‘For An Angel’ was caned in every club in the mid ’90s. The German was the first artist to receive a Grammy nomination in the newly added category of Best Dance/Electronic album for his 2003 release Reflections. He holds the record for the longest unbroken run inside the ranks of the DJ Mag Top 100, having twice been crowned.

Having grown up in East Berlin where he had little freedom, Paul has developed a keen interest in politics and believes that electronic music is a force that can unite. A key player in the now defunct Berlin Love Parade, Paul now presents the We Are One festival in his hometown each year. 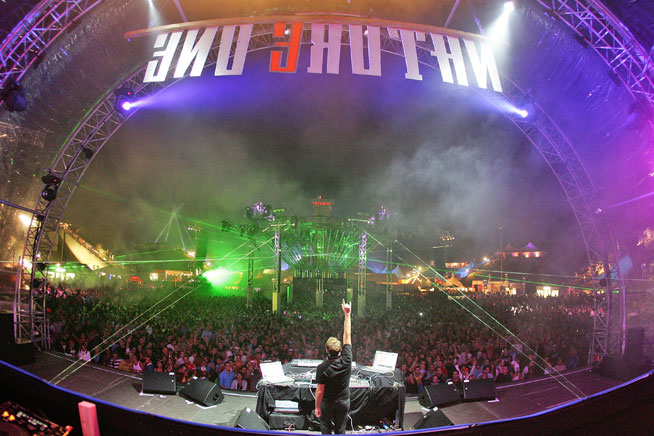 Van Dyk’s last appearance in the region came a year ago when he tore the metaphorical roof off Dubai Marina’s al fresco hotspot, Zero Gravity. In an interview with our pals at Hype back them, the man born Matthias Paul said of his long reign and the rise of a new genre, ‘EDM’:”I think what people in the US call EDM has nothing to do with electronic music; it’s more kind of a danceable pop music that’s based on repetition. It all sounds the same and there is not much creativity in it. This is not what I focus on – there is so much great music out there, so many fantastic producers and DJs that make great tracks and play great sets. That’s where my focus is.”

Fans, then, can very expect a set at Pacha in keeping with his iconic status. He joins the likes of Bob Sinclar and even Prince, as exclusively revealed by What’s On, as big names to take on the venue since it opened late last year.

Clubs
News
Nightlife
EDITOR’S PICKS
Here's the full list of UAE public holidays in 2023
READ MORE
23 incredible things to look forward to in the UAE in 2023
READ MORE
Hidden gems: 10 UAE desert pop-ups to discover this winter
READ MORE
Where to travel in 2023: 10 new flight routes from the UAE
READ MORE
MOST POPULAR
With its unique decor, Dubai's La Nina restaurant evokes tales of distant travels
Reservations are now open for French restaurant Fouquet's Dubai
The colourful Sharjah Light Festival returns next week
Relive those cosy winter moments at Chalet 105 at Twiggy
There are some big road closures in Abu Dhabi this weekend
YOU SHOULD CHECK OUT
Our website uses cookies and other similar technologies to improve our site and your online experience. By continuing to use our website you consent to cookies being used. Read our privacy policy here.