What’s On lists the things to do in Abu Dhabi 2015, including sport, cinema, concerts, festivals. Find out about main events in Abu Dhabi.


You know how time flies in Abu Dhabi, which is all the more reason to plan your year ahead. Here are the biggies coming in 2015 – don’t miss ‘em…

Abu Dhabi Food Festival
The annual Gourmet Abu Dhabi festival gets a bit of a makeover for 2015 and will now be one of several events under the umbrella of the Abu Dhabi Food Festival. The good news is that the format for Gourmet remains the same (think visits from Michelin-starred chefs, workshops and gourmet dinners) but in 2015, there will also be Emirati Kitchen, a chance to meet noted local chefs, try local cuisine and attend workshops. The UAE’s only female celebrity chef, Khulood Atiq, will head up that event. Also worth adding to your diary is Street Feast, which will take place in the city, Al Ain and Al Gharbia in the Western Region. Cuisines from a variety of countries will be served in food trucks at all the locations. 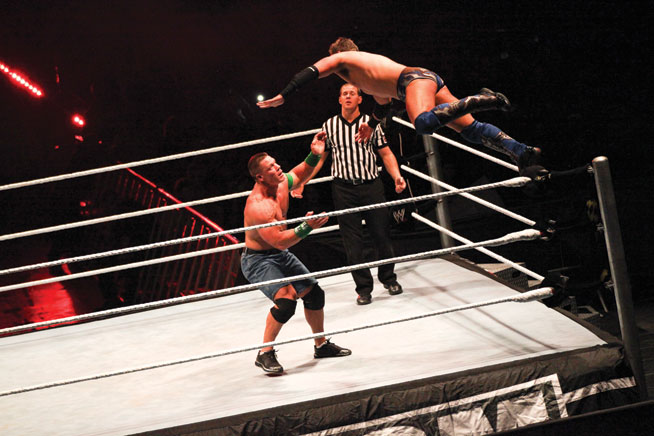 Abu Dhabi Classics
Staatskapelle Dresden, an orchestra from Dresden in Germany, is one of the oldest in the world – it was founded in 1548 – and in February they perform in Al Ain and Abu Dhabi as part of the Abu Dhabi Classics season. Scores performed on the nights will include Anton Bruckner’s Symphony No9 and Richard Strauss’ A Hero’s Life. The 2014-15 Classics season comes to a close in May with more concerts and the first Abu Dhabi Classics Music Awards, where top classical talent from all over the world will be honoured. 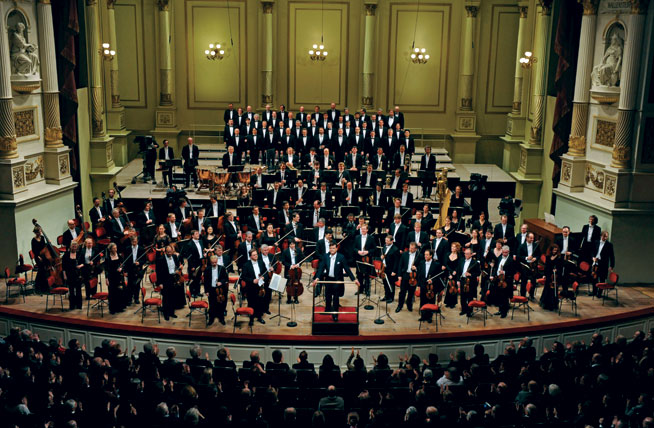 Imagine Science Film Festival
Head to Saadiyat Island during February this year for a new festival, “where science meets art and becomes culture”, according to the organisers at New York University Abu Dhabi. This three-day event will feature documentaries and fiction pieces focusing on scientific topics key to the UAE and the Middle East. There will also be workshops and a programme of films made by the university’s students.

March 12 to 14
Tennis At The Palace
Another first for the UAE, this tennis tournament will feature past greats taking their creaky joints out on the court for another game. Famous names set to appear on the lush grass court include heroic Briton Tim Henman, 1987 Wimbledon winner Pat Cash from Australia, and Dutchman Richard Krajicek, who also won the London Grand Slam tournament in 1996. 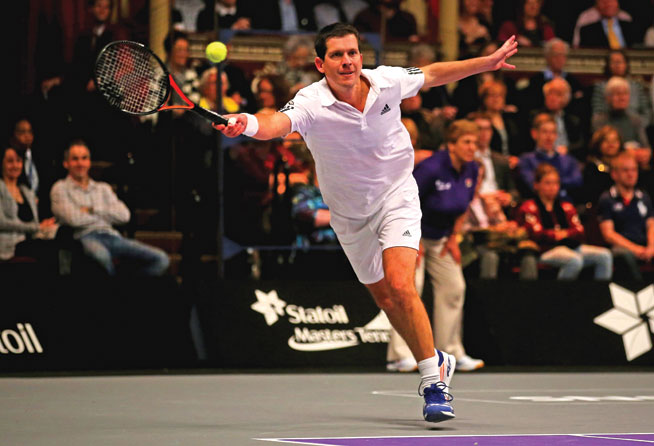 April 26
Robbie Williams
He’s been in a successful boy band, and he’s enjoyed a hit solo career. He’s had public feuds with celebrities, he’s become a father, he’s been up and he’s most certainly been down. But Robbie Williams has remained one of the most enigmatic pop stars of the past 20 years. One thing’s for sure, the former Take That singer’s gig will be anything but boring. 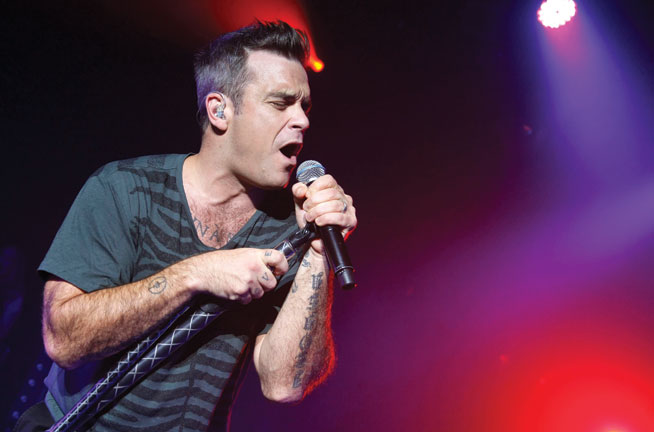 Abu Dhabi Desert Challenge
A horde of 4x4s, trucks, rally cars and bikes do battle for five days and race across the Liwa Desert and the Moreeb area of Abu Dhabi’s Western Region and Empty Quarter. You’ll need plenty of sunscreen and water if you’re going along to watch, but the race is a breath-taking one as the competitors bounce over the capital’s massive dunes. 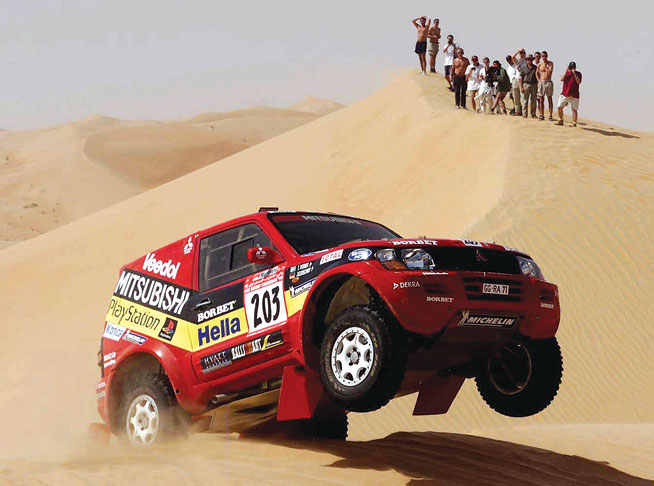 October
What’s On Awards
It’s the most prestigious hospitality awards in Abu Dhabi, voted for by you. It’s also the biggest knees up this side of Christmas. French eatery Bord Eau scooped Best Restaurant in 2014. As well as rewarding Abu Dhabi’s buzzing restaurant scene, prizes are also given to spas, bars, music festivals and cultural events. 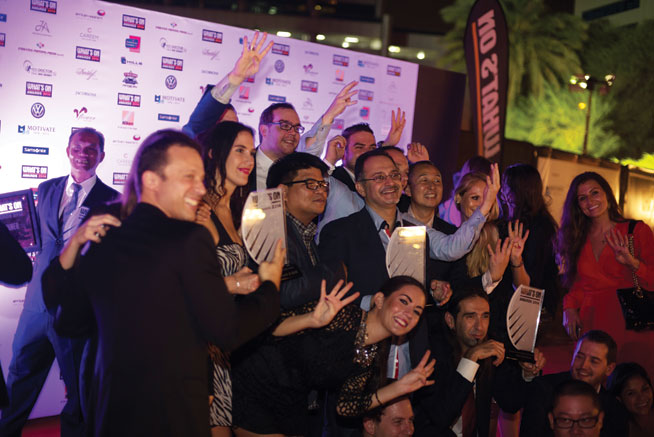 November 29
Formula 1 Etihad Airways Abu Dhabi Grand Prix
You may have only just recovered from the 2014 F1 finale in which Brit Lewis Hamilton clinched his second world title with a breathless win in Abu Dhabi last November, but that doesn’t mean you shouldn’t have this year’s F1 weekend in your diary already. With drivers and crew members set to switch teams in the off-season, there’ll be a whole new feel to the 2015 twilight race on Yas Island. As for the post-race concerts, there have been rumours that the Foo Fighters will play the UAE soon. Could the 2015 GP be their time? 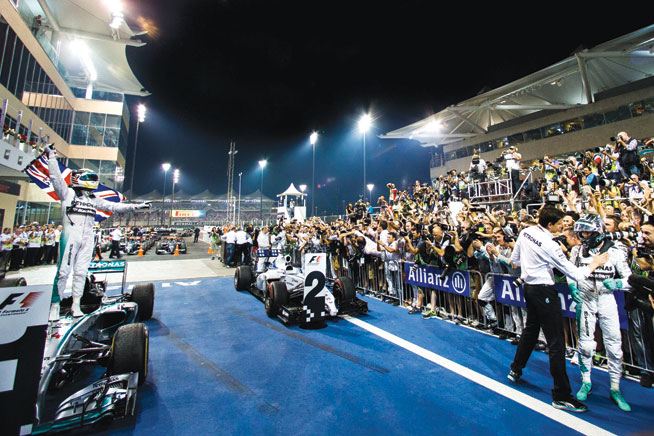 Louvre Abu Dhabi
The capital has big plans for Saadiyat Island. The Zayed National Museum is scheduled to open in 2016, and that’ll be followed by Guggenheim in 2017. Before all that though it’s the Louvre Abu Dhabi in 2015. Rumour has it the grand opening will be on National Day on December 2, but what we do know is that 300 works of art will be loaned to the new gallery, including Leonardo da Vinci’s portrait Le Belle Ferronniere, and a self-portrait by Vincent Van Gogh. 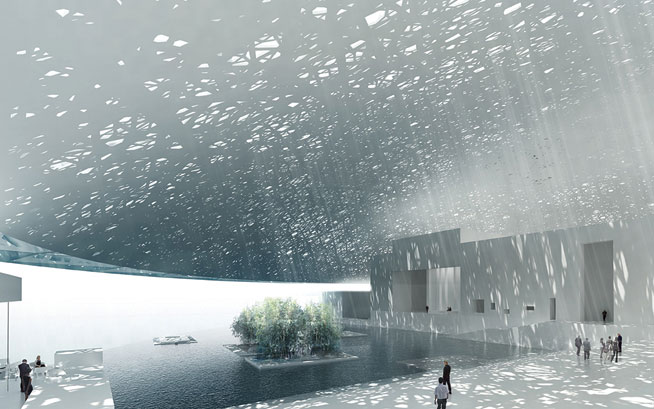