What’s On team up with Hype to preview David August in Dubai. The German DJ will perform at the next Plus Minus Sessions, Level 41 Media One.

David Nattkemper (or, as you may know him, David August) has a talent that belies his young years. Despite only recently coming out of his teens, the German has already made a name for himself around the world as a live artist and producer. An adult and intricate sound runs through his bones, taking cues from blues and classical as much as modern dance music. Something like a more synthetic and digital counterpart to the organic and intimate soundtracks of Nico Jaar, August is one of the Diynamic label’s chief artists of the last few years.

In that time the Berlin-based producer has released brazenly entitled EPs like You Got To Love Me, Instant Harmony and a standout full length, Times. You Got To Love Me, which is indicative of his heartfelt, emotive sound, is a heavily processed, electro-fried affair where smeared electro synths groan down below. Made up of pixelated Casio synths and keys, but built with a more charming neon warmth emanating from their core, his tracks wander about between icy pads and lazy claps to form a frozen-but-thawing sonic soup that swells but never really sweats.

“I work with different digital audio workstations, but for my electronic music I use Logic,” says David of his recording process. “I used to work more on software plug-ins but with time I’m starting to use analogue stuff, although I work with a lot of acoustic elements by recording several types of sounds and instruments. I don’t care about how musicians make their music, and I think this is not important at all. The thing that counts is the result, no more, no less.”

Those results have so far been impressive and have taken him on tour around the world many times. In fact, so busy was he back in 2013 that he had to take time off touring in order to finish his audio engineering degree, which dealt with theory, composition, aural theory and had a focus on classical musical. “I want to be able one day to produce any kind of musical style,” he said at the time, “and not only to have financial security but also to have variety in my life.” 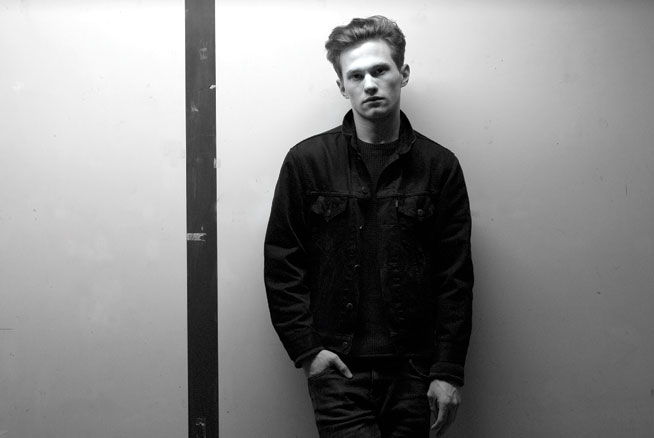 That variety also comes in the clubs, because as well as DJing, David also embarked on his first live tour midway through 2013. “About one-and-a-half years ago I decided to play live as I thought by performing just my own material I could truly express myself in the way I desired. It was quite challenging at the beginning. For many producers, playing live might not be a big deal, but I just had so much respect for it. With routine, practice and especially with belief, things started to improve and everything took shape.” They sure did, and at the end of 2014 David ranked fourth on Resident Advisor’s influential list of top live acts.=

As well as his electronic soundscapes, August is also adept at remixing more indie leaning music projects and has reworked music from, amongst others, The Beatles. And a few weeks ago, to celebrate gaining 100,000 fans on Facebook, he offered up the stunning free track Her Myth that tugs at heartstrings and teases you into a slow, sensual dance. That sense of musical maturity is what really stands David August apart, so if you are a lover who likes to feel things deep down inside as you cut up shapes on the surface, make sure you catch him perform at the Plus Minus party this weekend in Dubai.

Clubs
Nightlife
EDITOR’S PICKS
Here's the full list of UAE public holidays in 2023
READ MORE
23 incredible things to look forward to in the UAE in 2023
READ MORE
Hidden gems: 10 UAE desert pop-ups to discover this winter
READ MORE
Where to travel in 2023: 10 new flight routes from the UAE
READ MORE
MOST POPULAR
Pics of the week: Your best photos of the UAE
Dhow & Anchor has got you covered every day of the week
RTA: All the road closures you need to be aware about
Review: The Nice Guy Dubai
Masha and the Bear is coming to Abu Dhabi this April
YOU SHOULD CHECK OUT
Our website uses cookies and other similar technologies to improve our site and your online experience. By continuing to use our website you consent to cookies being used. Read our privacy policy here.