What’s On has updates from the Louvre Abu Dhabi, the iconic museum is being built on Saadiyat Island as part of the cultural district.

For those of you driving past the currently under construction Louvre Abu Dhabi on Saadiyat Island, it will come as no surprise that the building of the dome is well under way.

Developers of the project, Tourism Development & Investment Company (TDIC), recently announced that 30 per cent of the cladding has been installed, with the installation expected to be completed by June of this year.

The dome cladding, which consists of eight separate layers, is one of the museum’s main features. Inspired by interlaced palm leaves, the geometric design will be repeated in various sizes and angles in each layer, causing a ‘rain of light’ effect in the interior. 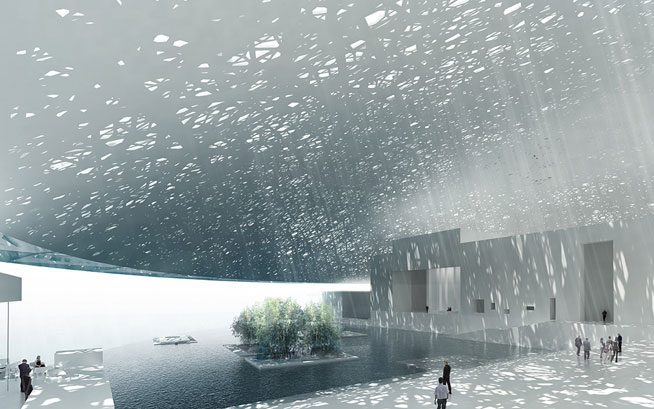 The layers will be made up of 7,850 star-shaped aluminium and steel shapes, the largest of which is 13 metres in diameter and weighs 1.3 tonnes.

“I really wanted this project to be based on a complex, yet visible geometry, and place it in relation to the light,” explained Jean Nouvel, the architect of the museum. “The Louvre Abu Dhabi is a project founded on a major symbol of Arab architecture: the dome. But here, with its evident shift from tradition, the dome is a modern proposal.”

The dome weighs 7,000 tonnes and used 120 temporary support towers to hold it in place during the construction process. Now lifted into its final position, four concrete piers support the structure.

Once completed, the museum will house 9,2000 square metres of art galleries, including a 6,681 square metre permanent galleries space, temporary gallery and children’s museum.

The museum is slated to be completed by December 2015. 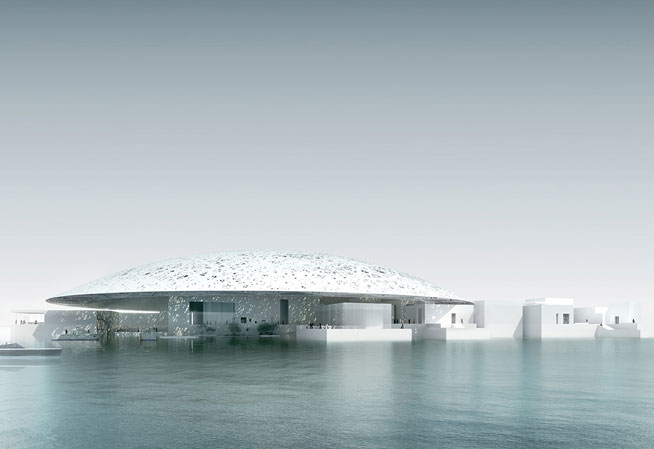 Art
Culture
News
EDITOR’S PICKS
Here's the full list of UAE public holidays in 2023
READ MORE
23 incredible things to look forward to in the UAE in 2023
READ MORE
Hidden gems: 10 UAE desert pop-ups to discover this winter
READ MORE
Where to travel in 2023: 10 new flight routes from the UAE
READ MORE
MOST POPULAR
26 of Dubai's best beachfront restaurants
8 wonderful things to do in Dubai this week: Feb 6 to 9
Where to go to get your Al Baik fix in the UAE
Reset and recharge with a relaxing staycation at this stunning Dubai hotel
The most expensive apartment in Dubai just sold for Dhs410 million
YOU SHOULD CHECK OUT
Our website uses cookies and other similar technologies to improve our site and your online experience. By continuing to use our website you consent to cookies being used. Read our privacy policy here.