One of the 1980s most iconic bands, Spandau Ballet, have announced a one-off show in Dubai later this year.

The still-cool rockers will take to the stage at Dubai World Trade Centre on September 17, a Thursday night, in what is there first return to the UAE since 2010, when they performed alongside Rod Stewart at Sevens Stadium.

Forming part of their current world tour, the show will the penultimate gig on a road that will take them from Italy to Canada, from Spain to the USA, and to the likes to Germany, Singapore and New Zealand. It has been undertaken in line with the release of the critically acclaimed documentary ‘Soulboys of the Western World’, which charts the five-piece’s rise to fame. 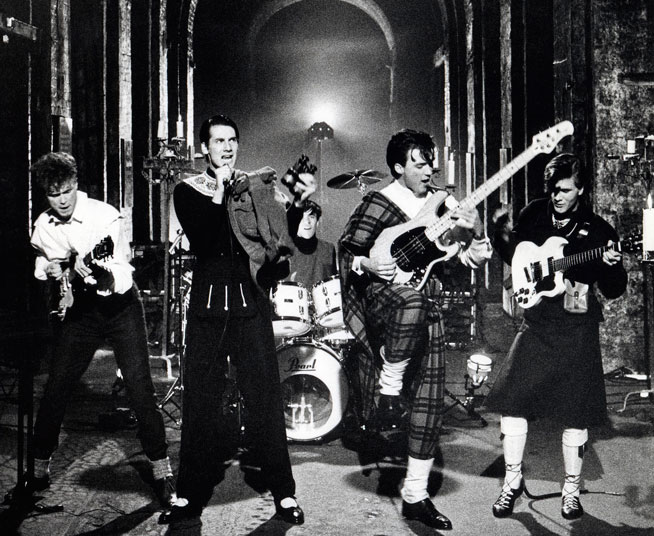 Tony Hadley, John Keeble, Gary and Martin Kemp, and Steve Norman have collectively sold more than 25 million records across the globe, clocking up 23 hit singles in the process, most famously ‘Gold’ and ‘True’.

Their recently released greatest hits collection, ‘The Story’, featured new tracks, including ‘This Is The Love’ and ‘Steal’.

Announcing the gig, Thomas Ovesen, who with Done Events is currently preparing for the arrival of One Direction, less Zayn Malik, said” “Spandau Ballet are one of the great iconic bands of the 1980’s, yet these guys still retain their youthful swagger when on stage.

“People still talk about their amazing 2010 Dubai show, where together with Rod Stewart they sold out the 20,000 capacity Sevens Stadium. With strictly limited venue capacity this time around, we urge fans not to miss out and to guarantee their tickets by registering for the pre-sale”

Recent reviews have described the boys as ‘Blistinering’ (The Times of London) and as having ‘exceptional song craft’ (Daily Telegraph, UK).

Tickets go on sale from Saturday April 12, priced at Dhs350 from doneevents.com

News
Nightlife
EDITOR’S PICKS
Here's the full list of UAE public holidays in 2023
READ MORE
23 incredible things to look forward to in the UAE in 2023
READ MORE
Hidden gems: 10 UAE desert pop-ups to discover this winter
READ MORE
Where to travel in 2023: 10 new flight routes from the UAE
READ MORE
MOST POPULAR
All the best ways to celebrate Valentine's Day in Abu Dhabi
A cool auto show is taking place at Riverland Dubai this weekend
Renowned UK fitness studio by three-time Olympian opens in Dubai
Major parties in Dubai this week: Supporting local talent and Kid Ink
Tickets for the whole Wireless Abu Dhabi festival on sale from Dhs295
YOU SHOULD CHECK OUT
Our website uses cookies and other similar technologies to improve our site and your online experience. By continuing to use our website you consent to cookies being used. Read our privacy policy here.