What’s On reports on the Season Four India MasterChef winner Nikita Gandhi, from Abu Dhabi. She says she wants to open a new restaurant.

Nikita Gandhi, an Abu Dhabi-based homegrown cook, was crowned MasterChef India on the fourth season of the show, and admitted she now has designs on opening her own restaurant.

Walking away with the coveted title, a golden chef coat and 10 million rupees (or Dhs590,000) in prize winnings, the 21-year-old is the youngest winner in the show’s history. 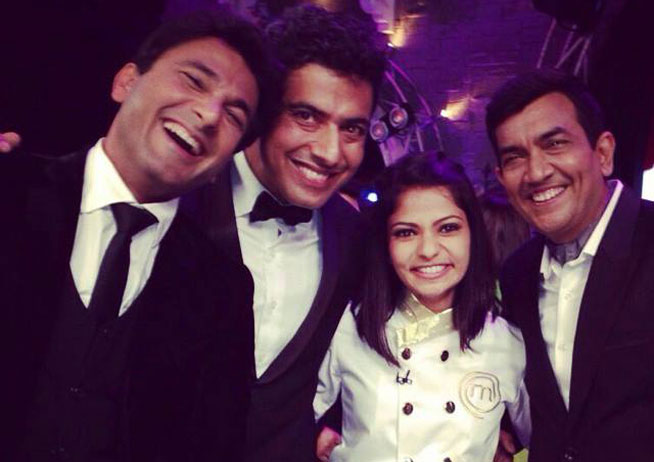 Raised in the UAE capital, Gandhi went to the United States for her university education and studied Finance. However she’s always been interested in food and has a cooking blog called The Veggie Fix.

Gandhi posted this message to her fans on her Facebook page after the win, “I dedicate this win to all my well-wishers and supporters. But success is a journey and not a destination, so I hope this is just the beginning!”

Gandhi plans to use the winnings to pay for culinary school and hopes to open a restaurant some day.

In true Bollywood fashion, the cooking competition also included a song from the judges and Indian actress Preity Zinta also made an appearance.

If you missed the episode, a repeat of the finale will be shown on Saturday, April 18 at 1pm UAE time on Star Plus Middle East.

Eat & Drink
News
Restaurants
EDITOR’S PICKS
Here's the full list of UAE public holidays in 2023
READ MORE
23 incredible things to look forward to in the UAE in 2023
READ MORE
Hidden gems: 10 UAE desert pop-ups to discover this winter
READ MORE
Where to travel in 2023: 10 new flight routes from the UAE
READ MORE
MOST POPULAR
Bar of the month: CouCou
Jumeirah Mina A’Salam reopens with a brand new look
How to support those affected by the Turkey-Syria earthquake
This legendary New York hotel group is opening a hotel in Dubai
8 great spots for the tastiest and flakiest pastries in Dubai
YOU SHOULD CHECK OUT
Our website uses cookies and other similar technologies to improve our site and your online experience. By continuing to use our website you consent to cookies being used. Read our privacy policy here.