What's On exclusive confirmed! Ellen is in Dubai

What’s On exclusively reveals details about an Ellen Degeneres appearance in Dubai on May 24.

The UAE is abuzz with excitement after What’s On’s story of an American TV superstar coming to town was confirmed.

Having heard rumours over the weekend, we contacted our well-placed sources in the entertainment industry who revealed daytime TV host Ellen Degeneres is in Dubai for a special event on Sunday night.

Degeneres will be making an appearance for a private function at The Act Dubai in the Shangri-La Hotel Dubai. 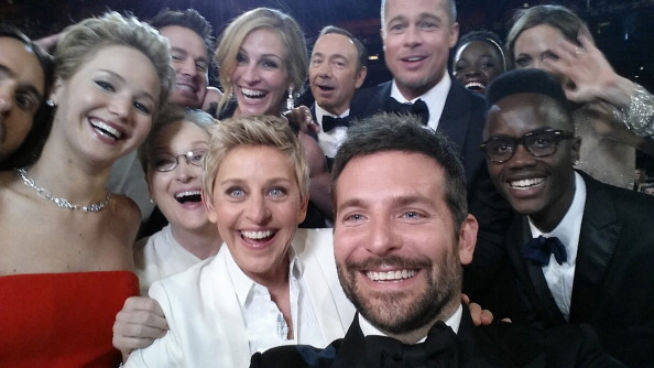 Tickets are not on sale for the event and no further details will be made available after the venue declined to comment when we contacted them. However, our spies are keeping a look out for the celebrity, hoping for a selfie similar to her infamous Oscars snap.

Tongues were set wagging about Ellen’s appearance in the UAE when she and Portia de Rossi were spotted hopping on a plane from Los Angeles’ LAX airport on Friday.

And after we uncovered the truth, people began taking to social media to confirm they were on the most-sought-after guestlist of the summer so far. 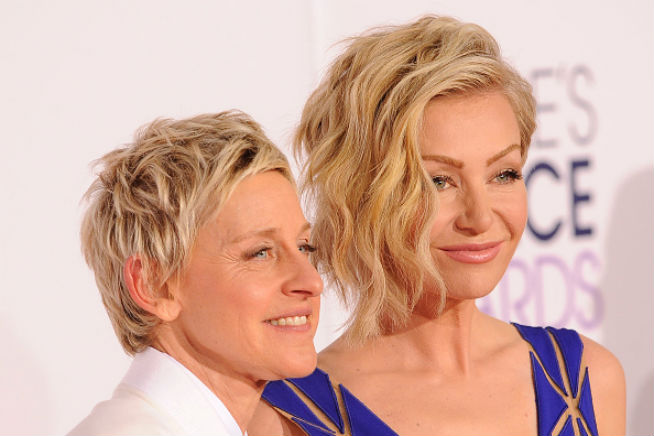 Instagrammer @aymanfakoussa wrote: “I just can’t wait to meet the lovely Ellen Degeneres at a private dinner at The Act Dubai, I am such a HUGE fan – she is such an inspiration. Truly. One can only wish to inspire so much positive change and goodness in the world #inspiration.”

She hit the headlines in the UAE in April when, as part of her show, she gave away an all expenses paid trip to Abu Dhabi. The huge American TV show saw two women compete in a comedy bicycle race through her studio in LA. The victor claimed her prize from actor Vin Diesel, star of Furious 7, the blockbuster movie set in the capital.

There’s no doubt about it, Ellen Degeneres is one of America’s most well-known comediennes; she started her stand up career in the early 80s, before headlining her own comedy sitcom, Ellen for almost five years. Then in 2003 she made the move over to daytime talk show with The Ellen DeGeneres Show and hasn’t looked back since. Her recent Emmy-award win is the show’s 55th accolade.

Not only has DeGeneres hosted the Academy Awards, Grammy Awards and the Emmys, but she was also a judge in the ninth season of American Idol and the voice of Dory in Pixr’s much-loved Finding Nemo. She is also an ambassador for animal rights. 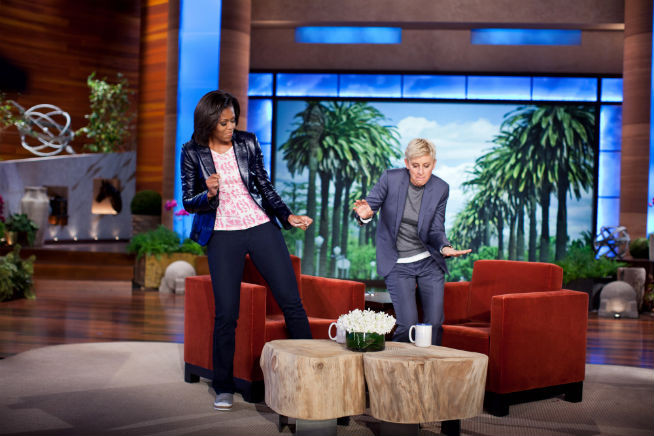 Ellen and Portia at The Act 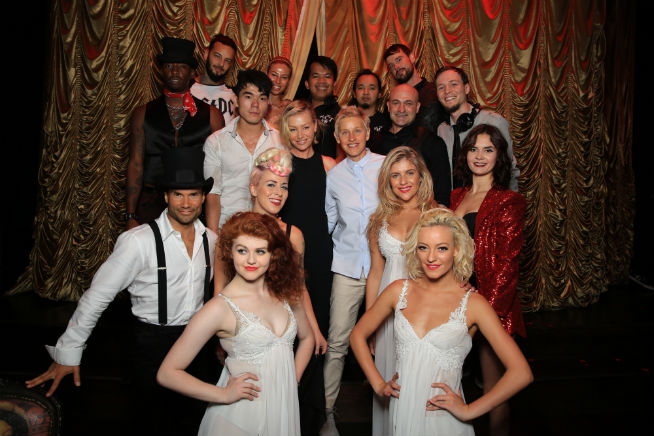