Markus Schulz and his feelgood trance come to Dubai

If feelgood euphoric trance is your bag, then globetrotting, arena-filling DJ Markus Schulz is the man who can. But there’s more to Markus than sugar rushes. Check out the facts from our pals at Hype…

– He’s remixed such stars as Madonna, Fatboy Slim, Depeche Mode and Everything But The Girl.
– He’s released 64 singles since his first, You Won’t See Me Cry, in 1998. Latest single Destiny, featuring Delacey, is out now on his Coldharbour Recordings label.
– He was named America’s No.1 DJ in 2012 by DJ Times, beating Steve Aoki and Skrillex, who came in at No.2 and No.3 respectively.
– He’s been in DJ Magazine’s list of the World’s Top 100 DJs every year since 2004, when he was No.32. Last year, he ranked at No.44.
– Markus was born in Eschwege, Germany, on February 3, 1975.
– Markus moved to America with his parents when he was 13 and got involved in the breakdancing scene there. He traded breakdance tapes with other kids before starting his own parties.
– His first club residency was at The Works, in Scottsdale, Arizona, in 1989, which he held for seven years. His Dakota alias was inspired by a street name in the area. 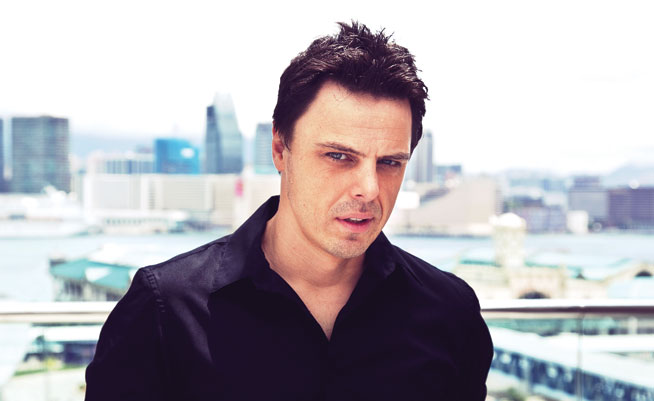 – When not using his own name, you’ll find tracks from Markus under his Dakota, Himmel, Earl of Locsley and San Andreas Soundlab monikers.
– He started his record label, Coldharbour Recordings, in 2005. It’s named after Coldharbour Lane, in Brixton, London, the site of his first recording studio.
– After the clubs closed, Markus used to go home and play on his turntables for another two hours, practising for when he was eventually invited to play at after-parties.
– Following a few back-to-back shows together in 2013, Markus and Ferry Corsten formed the New World
– Punx together. They’re now touring and recording their own material.
– He was named one of the Top 50 richest DJs in the world in 2013, with a net worth of around $4 million (Dhs14 million).
– In 2002, Markus started his online show, the Global DJ Broadcast, which has been picked up by 50 FM radio stations around the world.
– Fans have nicknamed him The Unicorn Slayer, after Markus complained about EDM DJs making upbeat tracks that he called “unicorn melodies”.

In his own words…
– “I dedicate my entire life to my career. There is rarely a day that passes by where I’m not doing something that is related to my job. Once every few months I’ll take a random Monday and just completely decompress; turning off the phone and the computer, then the cycle can start again.”
– “I’m proud of everything I’ve built, whether that’s my productions, the Global DJ Broadcast radio show, or the Coldharbour Recordings label. When you meet people at your gigs who share their stories about how much a song or GDJB or the label means to them, that in turn inspires me to work even harder and strive to be the best every day.”
– “When trance was big – really at its height and everything – I always said I’m not a true trance person. I’ve always been doing my own thing. Now trance is not the en vogue thing, and I’m fine with it. Call me trance; I don’t care. For me, it’s all about the music.”
– “After the Ibiza and festival season concluded last summer, and the tour schedule began to reach normal levels, I really felt the itch to undertake some songwriting. I love the art of creating, and I have a blast working in the studio alone on instrumentals, but there’s something very gratifying about writing.”

News
Nightlife
Things to do
EDITOR’S PICKS
Ain Dubai will open with fireworks, live music and a drone show
READ MORE
Incredible Aura SkyPool to open in Palm Tower this November
READ MORE
Brit Grand Slam hero Emma Raducanu confirmed for Mubadala Tennis
READ MORE
What’s On Nightlife Awards 2021: Here are the nominees...
READ MORE
MOST POPULAR
O Beach Dubai will no longer be opening on Palm Jumeirah
The most up to date information for entering Abu Dhabi: Oct 2021
First look: Instagram breaking 2D cafe, Forever Rose opens in Yas Mall
Emirates warns passengers to arrive early to DXB airport this weekend
Pics of the week: Your best photos of the UAE
YOU SHOULD CHECK OUT
Our website uses cookies and other similar technologies to improve our site and your online experience. By continuing to use our website you consent to cookies being used. Read our privacy policy here.