What’s On reveals how you can see art that will be displayed at the museum when it opens in December, this summer on Saadiyat Island.

Louvre Abu Dhabi doesn’t officially open its doors until the end of 2015, but if you want to see some of the pieces of art that will be displayed there once it does, you can this summer on Saadiyat Island. 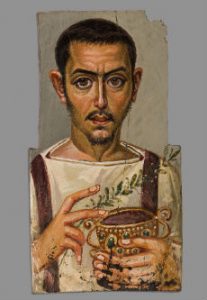 The city’s art hub, Manarat Al Saadiyat, will be displaying several new pieces in an exhibition called Louvre Abu Dhabi Stories. The exhibition runs from June 21 to August 30 and will be split into two sections. Al Qalam will run June 21 to July 25, while Immortal Figures will run July 28 to August 30.

Al Qalam focuses on the written word, will feature textual artworks and will display a Qur’an bifolio and a manuscript. Immortal Figures, meanwhile, is all about sculptures – you can see an Italian bust of the 13th century Catholic priest Saint Peter Martyr, an Uli statue from New Ireland and a Nepalese gilt copper figure of Maitreya (a Buddha who it’s believed will appear on Earth in the future).

“This display will give the public the opportunity to view the museum’s growing permanent collection ahead of its opening, broadening awareness of both the museum’s curatorial identity and narrative,” says Hissa Al Dhaheri the Programmes Manager of Louvre Abu Dhabi.

When the Louvre opens at the end of this year, it’ll feature some 500 works of art permanently, with some 300 being loaned by French art institutions.

Art
Culture
News
EDITOR’S PICKS
Ramadan in Dubai: 40 iftars to try
READ MORE
Where can Dubai residents travel? Check out these 14 destinations
READ MORE
Rumours, facts and reveals: New Abu Dhabi bars and restaurants
READ MORE
UAE announces reduced working hours for Ramadan 2021
READ MORE
MOST POPULAR
Sheraton Mall of the Emirates has a lot to offer this Ramadan
Looking for a cosy long stay residence in Dubai? Check this out...
Have you spotted the new Talabat Patrol team on Abu Dhabi roads?
Iftar home delivery for one? Here are some options...
Stunning Australian restaurant Hunter & Barrel is now open
YOU SHOULD CHECK OUT
Our website uses cookies and other similar technologies to improve our site and your online experience. By continuing to use our website you consent to cookies being used. Read our privacy policy here.