David Beckham owns property in Dubai, and so clearly loves the place, and now he’s stopping by the city next week to open up the new adidas store at the Mall of Emirates.

The former England captain is returning to unveil adidas’ latest outlet in the newly constructed portion of Mall of the Emirates on September 29. Alongside the opening, Beckham will also be hosting a meet and greet so that some lucky fans can pop by and say hello to the football legend.

David, 40, and his wife Victoria Beckham have bought two properties in Dubai, one being on the Palm Jumeirah, and the other in the Burj Khalifa.

David gifted their Dhs5.8 million luxury home on the Palm to his in-laws. That’s okay though, we’re sure the Burj Khalifa is a pretty nice temporary pad too.

We wonder if he’ll catch up with his mate Gordon Ramsay while he’s here? Ramsay’s opening a restaurant on the Palm next month (check out our interview with him here). 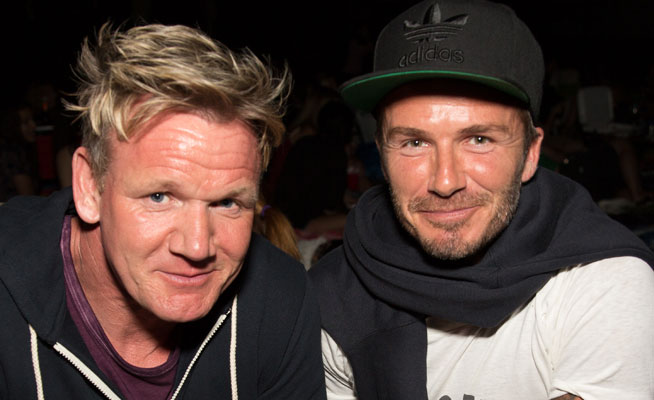 If you’re looking to score a personal meet and greet with the football star, check out Adidas MENA’s Instagram page to take part in the competition:

@davidbeckham is coming to Dubai! For a chance to meet him in the new adidas store in @malloftheemirates, repost this photo, tag @adidasmena and tell us why you and a friend deserve to meet him. Winners will be contacted on Sunday 27th by Instagram private messages. #Contest Increase your chances by signing up (link in the bio)

News
EDITOR’S PICKS
The highest restaurant in the UAE is set to open on October 1
READ MORE
Video: Take a peek inside 50 Cent's lavish Dubai hotel suite
READ MORE
All of the best Sunday night deals in Dubai
READ MORE
Here's why Kite Beach Centre in Umm Al Quwain is the UAE's best-kept secret
READ MORE
MOST POPULAR
Spike Sports Bar is the ultimate casual hangout spot
Here's where to celebrate Oktoberfest in Abu Dhabi
These Dubai restaurants have reopened their outdoor terraces
Want to know the secret to a perfect weekend? Hint: it has an Italian accent
Join a 'Mean Girls' Netflix party with themed cupcakes on October 3
YOU SHOULD CHECK OUT
Our website uses cookies and other similar technologies to improve our site and your online experience. By continuing to use our website you consent to cookies being used. Read our privacy policy here.