The Dubai guy pose: Part of the gang?

This week, Hype’s Grumpy Old Raver takes on the ‘gangster’ poses lads in Dubai clubs seem to think are a good idea.

Crikey, it seems a recent Grumpy Old Raver piece hit a chord with quite a few folk. Yup, the recent rant about the ‘Dubai pose’.

If you missed it, it took a pop at those fair ladies who jut their elbows out dangerously, swivel their heads to an obtuse angle that makes me want to reach for a neck brace just thinking about it, and they then lean back in a manner that defies gravity whenever there’s a photographer about. 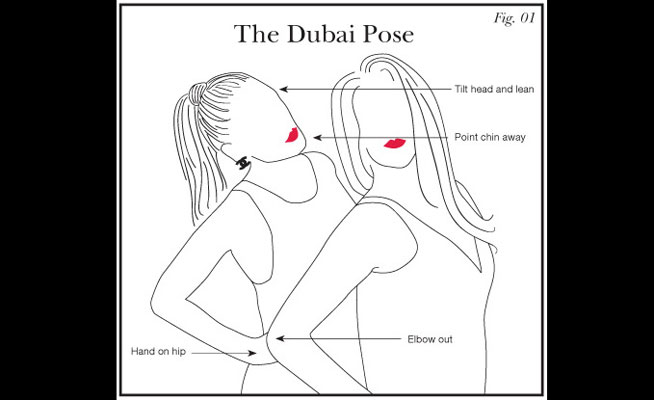 Seems like lots of lads know girls who are guilty, and even loads of girls ’fessed up. Amongst the tee-heeing and chortling though, one chick commented: “Such a bitter article, why do you even care?”

Bitter? Moi? The clue’s in the name, love – Grumpy Old Raver, geddit? If there were a picture byline accompanying this column you’d see that I look like I’m permanently chewing a wasp. I’m twisted too, like a fusty old Spirals crisp.

Guess what though? It seems I’m not the only one that gets riled up by certain antics in front of a camera. Since that column appeared, I’ve been bombarded with messages about poses that wind readers up too.

Top of the list is people who make heart shaped signs by connecting their index fingers and thumbs together. Ironic that a sign to symbolise love is abhorred by so many. 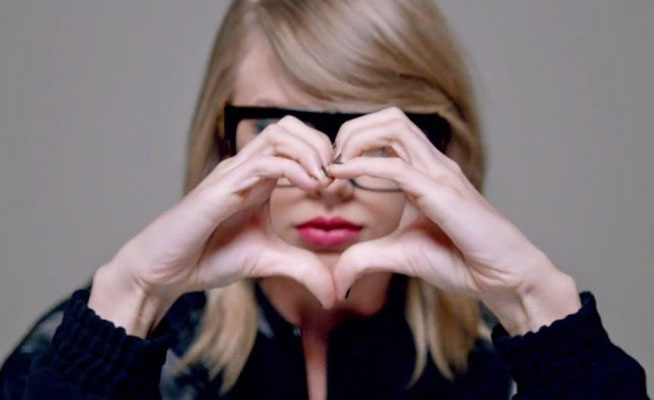 Here’s Taylor Swift – who is clearly an evil mastermind – at it in one of her music videos.

And coming close second is when people pull faux surprised faces for the camera – you know, once they’ve asked the photographer which publication he’s from and asked to have their photo taken. That the photographer should later click the shutter is about as surprising as the sun coming up over Dubai each morning. The only thing that’s surprising about these pics is that we’re meant to believe that the subject of the photo was caught by surprise.

Anyway, following on from that original ‘Dubai pose’ article…. lads, if you think you’re gonna get off lightly, you’re sadly mistaken.

The guys’ version of the ‘Dubai pose’ is the pseudo gangster pose and gang hand signs. Throwing gang signals might work on the street corners of Chicago or the Bronx, but in Dubai… not quite so much. Which local gang are you in then? The Soft As Marshmallow Gang or the Yacht Club Loafers Gang? It’s kinda hard to take these gang signs seriously when the perpetrator has a pastel pink pullover tied over his shoulders.

No.1: Arms crossed at chest height 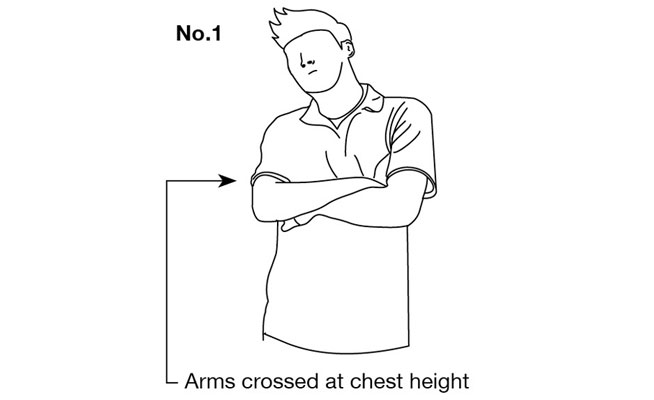 This lad’s in a giant huff. Or maybe just trying to hide his moobs.

No.2: Arms crossed with hands tucked under oxters 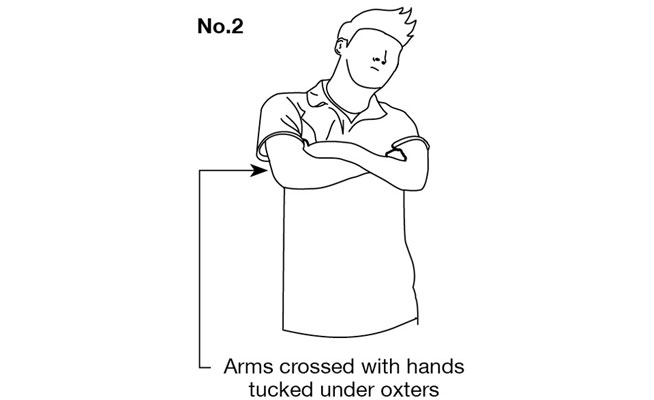 Obviously trying to keep warm from that Artic wind that blows through Dubai regularly. Or maybe has the onset of man flu, known as the common cold to the fairer species. 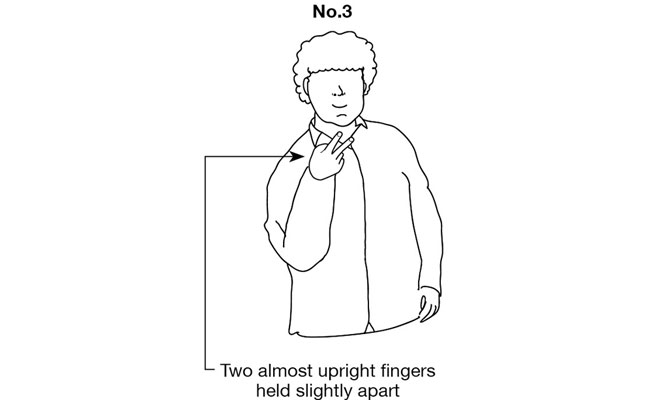 Are you flicking me the Vs? 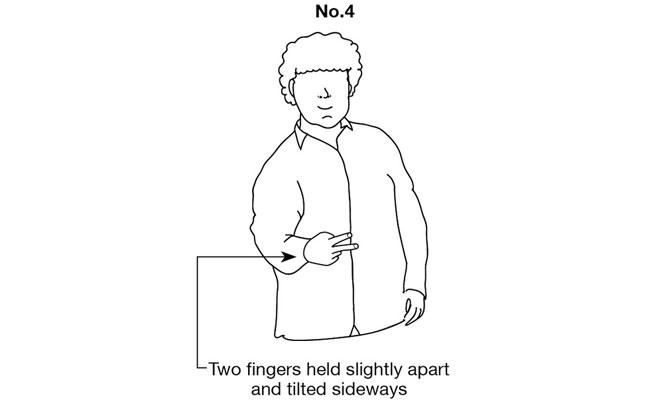 Is he playing a game of paper, scissors, stones?

So you see lads, if you’re throwing these gang poses to look macho you’re a bit wide of the mark. They make you look about as hard as a wafer biscuit dunked in tea.

News
Nightlife
EDITOR’S PICKS
Ramadan in Dubai: 48 iftars to try
READ MORE
Where can Dubai residents travel? Check out these 14 destinations
READ MORE
Rumours, facts and reveals: New Abu Dhabi bars and restaurants
READ MORE
UAE announces reduced working hours for Ramadan 2021
READ MORE
MOST POPULAR
Breaking: Flights from India to UAE suspended for 10 days
A sweet new Japanese restaurant has opened in The Greens
Book a Yas Hilton Ramadan stay and play package from Dhs396pp
There's a cool new coffee shop to check out in Dubai
A new Irish venue is coming to Dubai with plenty of craic to boot
YOU SHOULD CHECK OUT
Our website uses cookies and other similar technologies to improve our site and your online experience. By continuing to use our website you consent to cookies being used. Read our privacy policy here.